The Universal Language of Art

Art can heal, save, inspire, motivate and celebrate so many lives. Anybody of any gender, religion, nationality or socioeconomic background can speak it. Art motivates and encourages anyone to get involved in the healing process of creating. When the voices of anxiety speak from within, so many creators and pioneers put their feelings to great artistic use. And they create. They create a world of tranquility, vibrancy and true uniqueness. A world simply breathtaking and like no other. A world of their own! 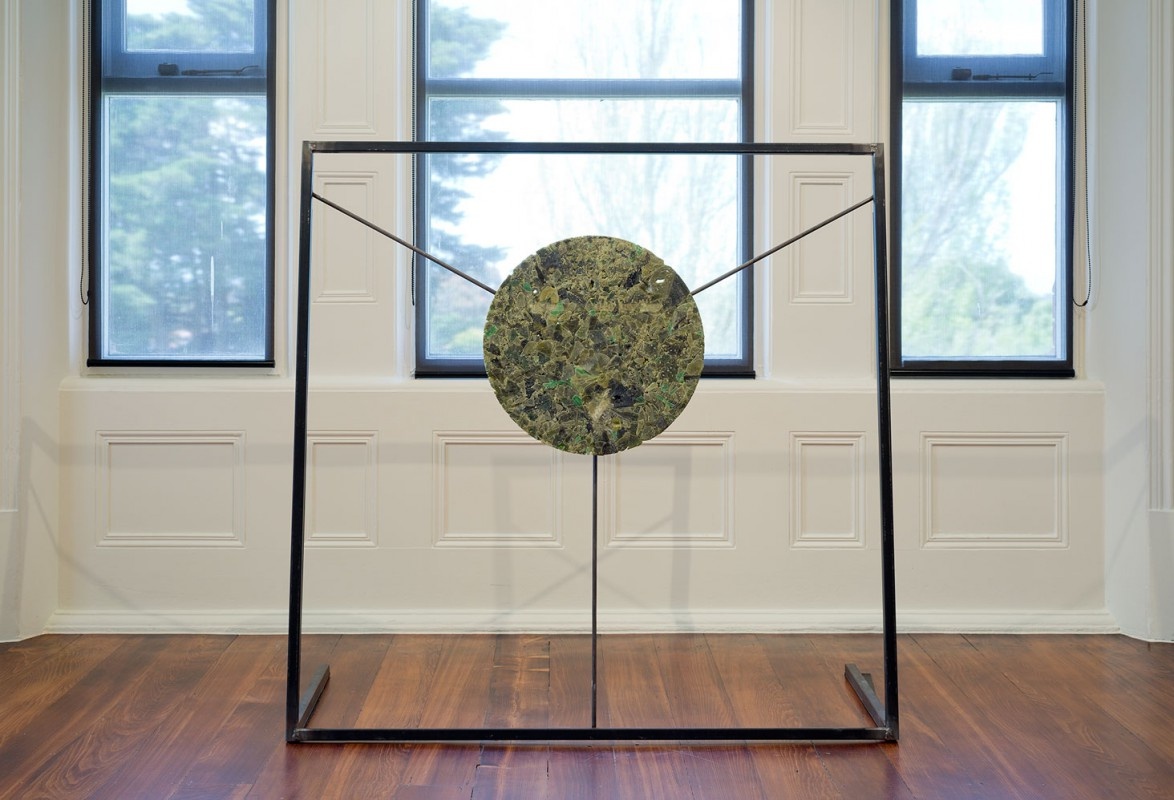 'The aim of art is not to represent the outward appearance of things but their inward significance.' - Aristotle

In the spirit of reconciliation,this website acknowledges the Traditional Custodians of Countrythroughout Australia and their connections to land, sea and community. We pay our respects to Elders past and present and extend that respect to all Aboriginal and Torres Strait Islander peoples today.

Beneath the delicate brushstrokes of self-exploration hides severe issues of loneliness and despair. And quite notably there is a profound and enduring connection between art and mental health. You may find solitude and comfort in Auguste Rodin's sculpture. Or perhaps, you might find some familiarity and ease in a quintessential Pablo Picasso artwork. Art is everywhere. And art, as we know it, has revolutionized our world and how we perceive it for generations. If not centuries. Just how do some of these visual artists incorporate their feelings of seclusion and even marginalization into their fine and distinctive pieces of work?

'Art is not what you see, but what you make others see.' - Edgar Degas

Quite recently, I spoke with two very talented visual artists about the overall importance of crafting art that is symbolic of profound personal or world issues. More specifically, I also questioned these two vastly different artists about why they think art is such a universal language. I received two entirely different perspectives from two very unique and innovative individuals.
The two creators that informed me about their insightful and imaginative worlds were; Ben Taranto and Bernard Kelly-Edwards (Indigenous Artist).

'Art is a universal language and through it, each nation makes its own unique contribution to the culture of mankind.' - Dwight D. Eisenhower

"For me, the basics of art lie beneath the form, composition and colours." Ben Taranto declared throughout our recent discussion.

"I see art as a powerful way to exchange information. And I also see it as a way of being able to bring people together around ideas and change. Especially for the more abstract and conceptual thinkers and ideas."

Ben Taranto is an accomplished conceptual sculpture and installation artist who is currently situated in Melbourne, Victoria. For well over a decade now Taranto's practice has been driven by his immense interest and grief at the accelerated engineering and overall fabrication of the planet's environment. Taranto's installations predominately incorporate not only environmental issues but political and social activism too.

"Art continues to help me out of the dark and frightening systems and structure of governing which we are under and subject to. Neoliberalism, colonialism, capitalism, racism, fascism are just to name a few.  These issues are hidden in some cases and brutally visible in others."

Among many of Ben Taranto's creations, he intends to project the idea of social change. One artwork in particular, from 2016 demonstrates the expansion of Australia. Expanding Australia began with a segmented map of the Moreland City Council area and the end result was a functional floor sculpture.

Taranto has always seen this work as in progress, ready to evolve. As his knowledge has increased when it comes to learning about this country's first people. Taranto strongly believes that we, of settler backgrounds, need to educate ourselves more when it comes to Australia's black history. And he genuinely believes that we need to build respectful relationships between First Peoples and the wider Australian community if we are to reconcile the past and achieve any mutual sense of fairness and justice.

"Tyranny, greed and oppression has spread across the planet. And arguably Australia was the last to be taken/invaded, or discovered as those in charge want the forced narrative to read. I stand with our First Nation brothers and sisters. So in most ways, acknowledging country keeps me out of a dark and frightening psychological space."

GRAMMYS POSTPONED FOR SECOND YEAR IN A ROW

Ben perceives the world as a highly abstract construction that can be blissful and ordered sometimes. The work he creates seeks to monumentalize the destruction that humans have done or are doing (with accelerated processes of alteration and removal for example) of land and even country.

Unfortunately, they are far more consumed by capitalism, colonialism and social constructs and they simply cannot see what's beneath their feet, or what goes into their bellies, or into their lungs."

Some of Taranto's favourite creators that give him inspiration during moments of deep despair are First Nation artists.

"My favourites currently are Karla Dickens, Tony Albert and Reko Rennie etc. Too many to list actually. Every time I go to an art gallery I tend to get re-inspired and reminded of my favourites: Kandinsky, Bacon and Mona Hatoum."

Taranto believes that art can truly heal and help so many people right across the globe.

"It is a culture that will keep both the human and the world moving, healing and healthy. Nothing else. Money tries to convince us of its healing power. Consumerism - buy to be happy. Sugar too - eat to be happy. Also alcohol and other toxins as well - forget your troubles. Culture is definitely the only thing that can heal us. Art and culture bring people together." declares Taranto.

'The earth is our master teacher.' - Bernard Kelly - Edwards

Bernard Kelly - Edwards is an Indigenous artist who began his personal journey of self-discovery by attending a cultural program called Red Dust Healing. Bernard is a Gumbaynggirr man. And Gumbaynggirr lands stretch from the Clarence River down to Stuarts Point on the north coast of New South Wales. It is Bernard's passion to promote mental health through an artistic perspective. He particularly finds it important to speak about the mental health of young Indigenous people. And he likes to primarily rely on the extraordinary and wonderous healing power of Miimga (Mother Earth). Bernard's ultimate approach to 'counselling' is using the tools that he personally found most constructive from his own experiences.  Experiences are drawn from the raw and miraculous land around him.

"Art to me means a room of freedom to express." Bernard Kelly - Edwards informed me during our recent discussion.

"It's a space where the world temporarily can't touch me. And I'm free to express whatever is coming through to me. It's also about telling a story that involves the freedom that I have."

Quite a lot of Bernard's artwork circulates around mental health recovery. And also a lot of works goes into extraordinary details about breaking free from the intergenerational traumas that he came from.

"When you talk to me about my personal opinion of art, you have got to understand that I was never taught how to be an artist. I grew up around domestic violence and all of this other heavy and dark stuff and also plenty of love. And unfortunately art was never a cultural practice for me when I was a young kid."

BKE later went on to speak about how a lot of the art on the East Coast was smashed by colonization.

"So there goes many of our patterns, many of our tools and many of our cultural practices on how to get the goanna fat out of a goanna to mix with orca to make this amazingly smooth texture on the paperbark. None of that was ever given to me."

So for Bernard Kelly - Edwards, art came spontaneously to him during a period of time where he was looking to explore more about who he really was. And originally Bernard started his art and self-exploration journey by painting dots. "I loved the way that the dots rolled. And I later realized that was not my work and that belongs to the desert people and I should not really be doing that work."

"I found freedom in art. I found a freedom in really expressing myself."  BKE explored generational archives and to his discovery he found that his people and many like him were line people.

In 2005, Bernard was diagnosed with bipolar and manic depression and that was a time duration in his life where art did in fact help him, quite intensely.

"In comes this knowledge of intergenerational trauma that I had not known about. And I thought everything was just normal. I had this spirit saying it's was not right with the way that things had happened to you."

Bernard as a result, ended up creating this art piece about this guy walking around the land. "He had headphones and a hoodie on." He explained. "That guy really helped me to be able to be me. And that guy's traditional name is Dawaandi. And Dawaandi in Gumbaynggirr, which is the place that I belong to, means Reflection."

'Dawaamdi' gave BKE the opportunity and chance to be more vulnerable with his emotions. It also gave him the chance to reflect on pass traumas and pain. The pain that had psychologically battered, bruised and cut him for many decades. It was a deeply terrifying and depressing time for Bernard on many personal levels. He later went on to discuss how he was not looking after himself properly, in a psychological and physical sense.

"Four days straight, I kid you not, I was not sleeping or eating at all. I was also smoking a lot of cannabis too. Which eventually contributed to a severe chemical imbalance within my brain."

'Art helps express what is going on inside. So you can let it out through the fingertips of your brush.' - Bernard Kelly - Edwards

"I was not strapped down. I was just really, I guess, processing a lot of what was going on with me. Art always allowed me to express what was going on inside. And I could later let it out through the fingers of my brush."

To Bernard, art is a universal language because it can be seen on the land in which we work and play on. Bernard later went onto to discuss his immense appreciation and love for the land.

"All my heart ever desires is to see the open sky, in it's entirety. Whether it's 2am in the morning when the stars are out. Or it's 7 o'clock in the morning when the sun comes bursting in. I perceive the world through a pre-colonization lens. And I just like to see the ultimate beauty in witnessing the connection with people and how they function upon the land. And I guess, art really is a universal language because the land can be used to form any type art."

Art can signify and depict severe grief and Bernard has efficiently communicated his extraordinary mental health recovery through his visual pieces.

Art can heal, save, inspire, motivate and celebrate so many lives. Anybody of any gender, religion, nationality or socioeconomic background can speak it. Art motivates and encourages anyone to get involved in the healing process of creating. When the voices of anxiety speak from within, so many creators and pioneers put their feelings to great artistic use. And they create. They create a world of tranquillity, vibrancy and true uniqueness. A world simply breathtaking and like no other. A world of their own!