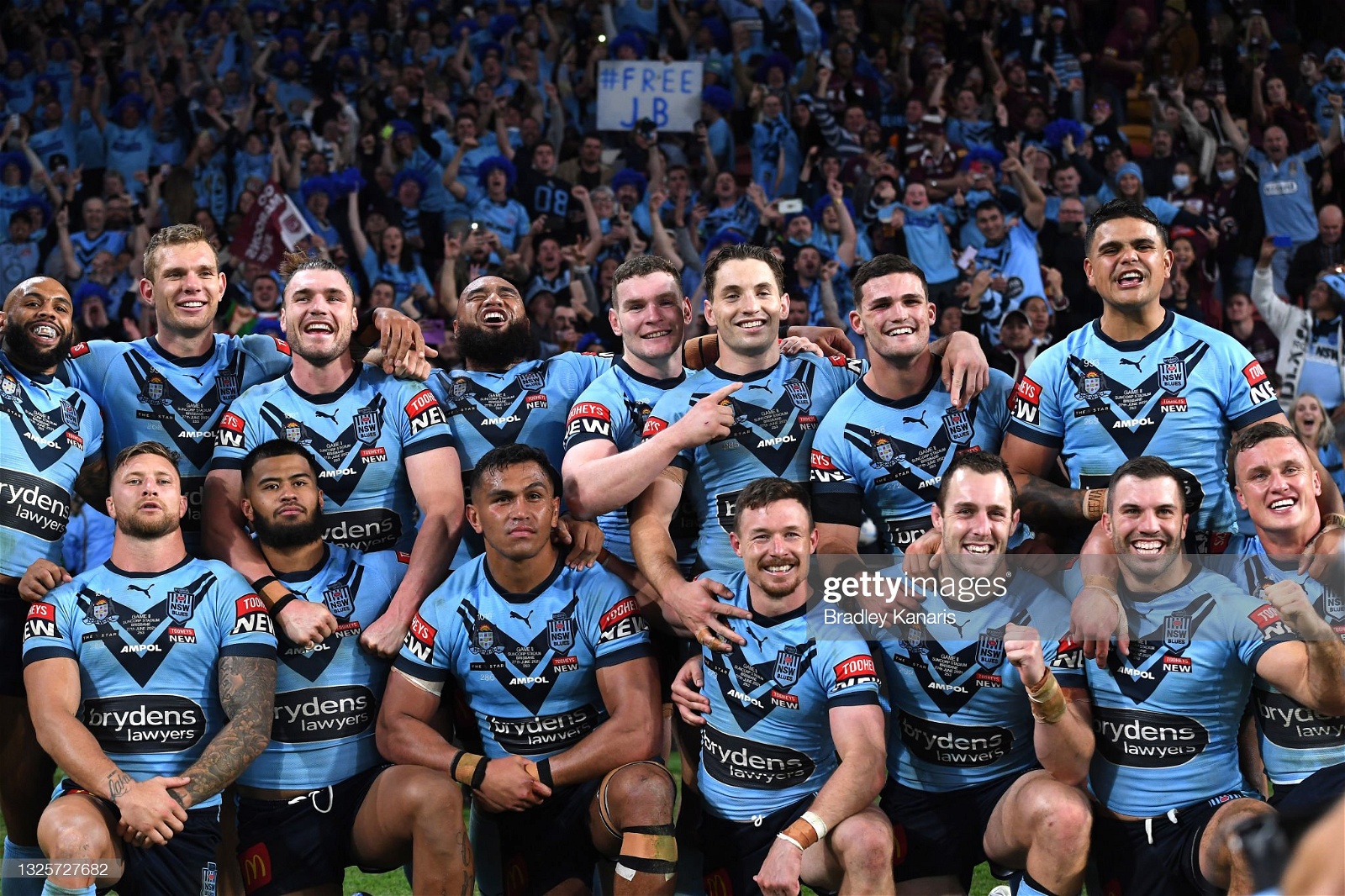 State of Origin: Home, Neutral and Away Games Statistics

Leading up to the 2022 State of Origin decider in Brisbane, we analyse QLD and NSW Origin results from 2012 to 2022 to determine whether home game advantage is fact or fiction. How does your team fare for home, neutral and away games?

State of Origin: Home, Neutral and Away Games Statistics

Leading up to the 2022 State of Origin decider in Brisbane, we analyse QLD and NSW Origin results from 2012 to 2022 to determine whether home game advantage is fact or fiction. How does your team fare for home, neutral and away games?

Queensland won 2022’s Origin 1 in Sydney, beating the NSW Blues 16-10 despite being the away team. New South Wales hit back in Origin 2 with a 44-12 win over Queensland in Perth.

So, who is the favourite to win Origin 3 and therefore the 2022 State of Origin Series?

Queensland has won 33% or two of the six Origin games that have been hosted at neutral grounds over the last decade. This includes their Origin 1 victories in Melbourne in 2012 and Adelaide in 2020.

Interestingly, Queensland’s Origin winning record is higher for away games at 38% than it is for neutral games (33%), though far fewer matches at neutral venues have been played. They have won five out of 13 of their away games from the start of the 2012 series to the present.

Unlike Queensland’s Origin statistics, NSW’s results don’t reflect the home game advantage theory particularly strongly. New South Wales has won 62% of their home games since 2012, which is eight out of 13 matches. They have failed to win a home game in several Origin series over the last 11 years, including in their 2015 and 2017 series defeats and again in 2022.

New South Wales is dominant when it comes to neutral matches. They have won 67% or four out of six of these neural games since 2012. This includes two wins in Melbourne, in Game 2 of 2015 and Game 1 of 2018, and two wins in Perth. When the Origin series made its debut at Perth Stadium in Game 2 of 2019, New South Wales thrashed Queensland in a 36-4 victory. They replicated this last week with another 32-point victory.

Naturally, since Queensland are so dominant when they play at home, New South Wales struggles to win on Queensland’s turf. They have only done so on three occasions, which is a win rate of 23%. New South Wales’s winning record for neutral games is higher than their record for away games.

This is the all-important question. Here are a few trends we’ve noticed that give an indication of how the 2022 Origin series may play out:

If Queensland loses at home, it happens in Origin 1

Over the last decade, Queensland has only ever lost at home in Origin 1. With this year’s Queensland home game taking place in Origin 3, does this suggest that the statistics are on Queensland’s side?

If NSW loses at home, they lose the series

Queensland are the kings of the decider and the home game

As the kings of not only the State of Origin decider, but also the home game, it seems that the statistics are backing Queensland to beat New South Wales in Brisbane on July 13. In saying this, actions speak louder than words or statistics ever can. So, whether your jersey is blue or maroon, you can rest assured that your dream of Origin victory in 2022 is still alive… and kicking.