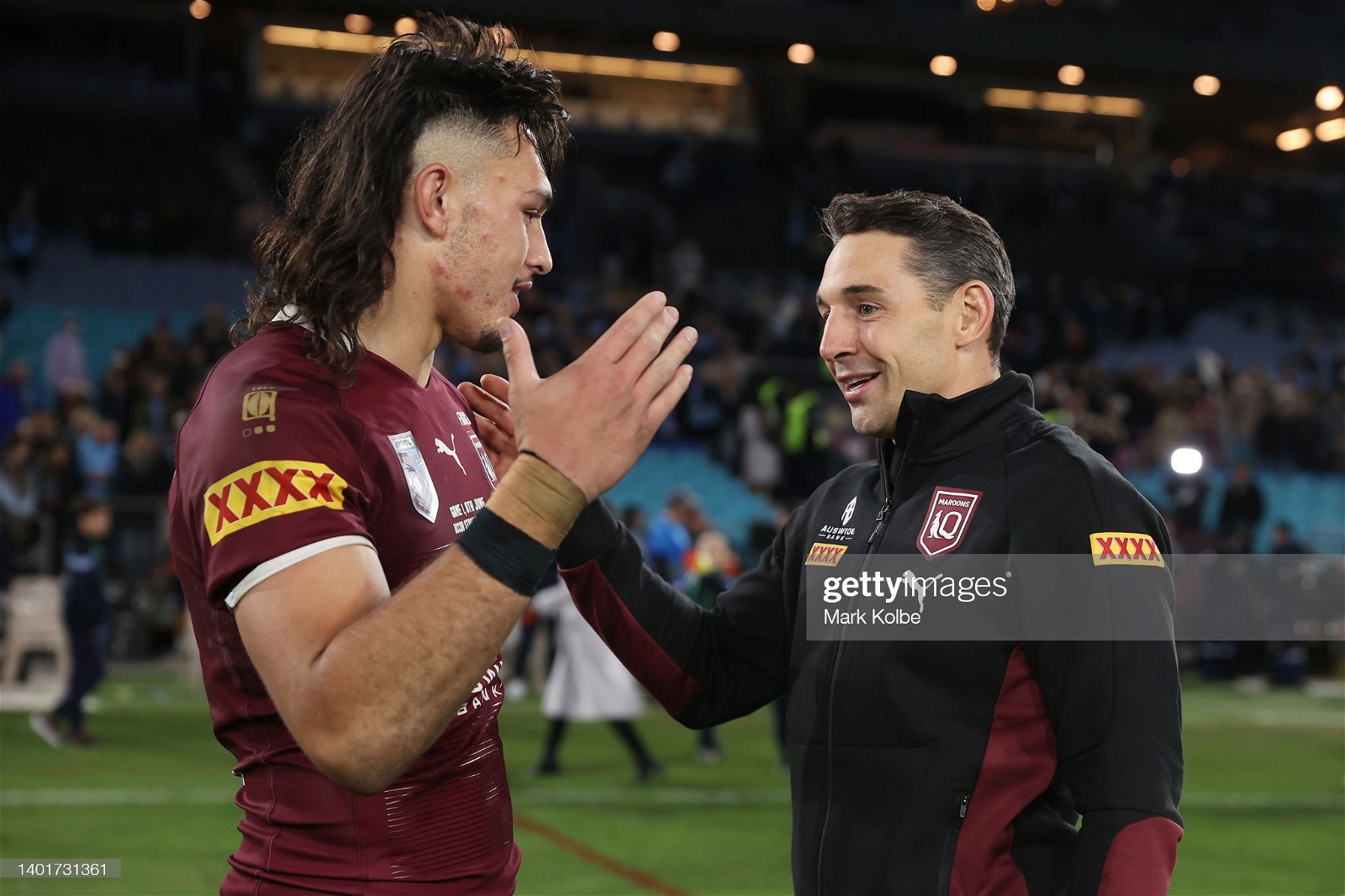 The Queensland Maroons beat the odds and took game one of the 2022 State of Origin in front of a packed Sydney crowd.

The Queensland Maroons beat the odds and took game one of the 2022 State of Origin in front of a packed Sydney crowd.

The Queensland Maroons beat the odds and took game one of the 2022 State of Origin. Despite a sold-out Accor Stadium, the Blues were unable to get the win in front of home fans.

An early error from Isaah Yeo gave Queensland an early set within 10 metres of the try line, but the NSW line held strong to keep them at bay.

Some magic from the halves combo of Luai and Cleary gave Jack Wighton a linebreak, and the opening try of the game. Big runs from the Queensland side, alongside a few penalties and set restarts, continued to test the NSW defence. Queensland however, were unable to get the needed breakthrough on the scoreboard.

New South Wales almost got themselves a second try in the half, but a forward pass call meant that it didn’t count.

Queensland took this chance to get back in the game, and a defensive breakdown from NSW allowed Selwyn Cobbo through their line. A well-positioned grubber kick set up a Dane Gagai try. Valentine Holmes then nailed the kick, to take the lead over the home side.

New South Wales seemingly took that lead back immediately, but an obstruction call overturned the on-field decision. They set up another chance at the end of the first half, with a line break as the siren sounded, but Queensland got the ball out of play. They took a 6-4 lead into halftime.

The second half opened with a blow to the Queensland side, with Jeremiah Nanai’s ankle collapsing during a tackle, causing him to have to be carried off the field.

A Cameron Munster linebreak looked to be a certain try for Queensland, but a big defensive play from Tedesco brought him down.

This was only a short reprieve for NSW. Daly Cherry-Evans quickly followed up with a try, strengthening his side's lead.

The second half continued to be all Queensland, with Valentine Holmes next onto the list of try scorers. He failed to convert his own try, but the cheers of the visiting fans began to break through the predominantly blue crowd.

About 20 minutes into the half, the blues finally had their first threatening set, but some messy passing wasted away a chance back into the game.

The luck wasn’t entirely with Queensland, as a cruel bounce of the ball meant that an attempt at a 40-20 kick instead bounced just before the line. With this set, the Blues gave themselves another chance, but Brian To’o was stopped just short of the try line.

Round 13 Team of the Week: It’s time for Origin

The tired Blues side made a number of big plays to stop tries but put themselves under almost constant pressure.

Another linebreak and kick looked to set the Blues up for another chance at a try, but like all previous opportunities, the Queensland backs were there in time to recover the kick and maintain dominance.

The Blues finally broke through with one of their sets, and Luai set Cameron Murray up for a try, and a hope at a comeback.

Another linebreak from Jack Wighton gave New South Wales a chance to tie the game with the next set. This was followed up by an error from Stephen Crichton to put the ball right in Queensland's hands.

A late penalty gave the New South Wales side a final set from 40 metres out. They came close to scoring but were tackled a metre short as the siren sounded.

NSW coach Brad Fittler was frustrated with his side's performance, saying, "We should have done a better job – we should have held them down more."

When asked about a number of controversial calls from referees, he expressed some dissatisfaction, but conceded that, “At the end of the day, I don’t think it was what made the difference”

Billy Slater, on the other hand, was pleased with his coaching debut. "I'm just so proud - I'm proud to be a Queenslander and I'm really proud to be coaching this team.

"There were so many little moments out there that all contributed to the Queensland victory.

"Everyone's got a role in our team - it's not just give Muster the ball."

With a younger side, this Queensland team is looking to rebuild after an era of dominance.

"We're going to build - this is a fresh group."