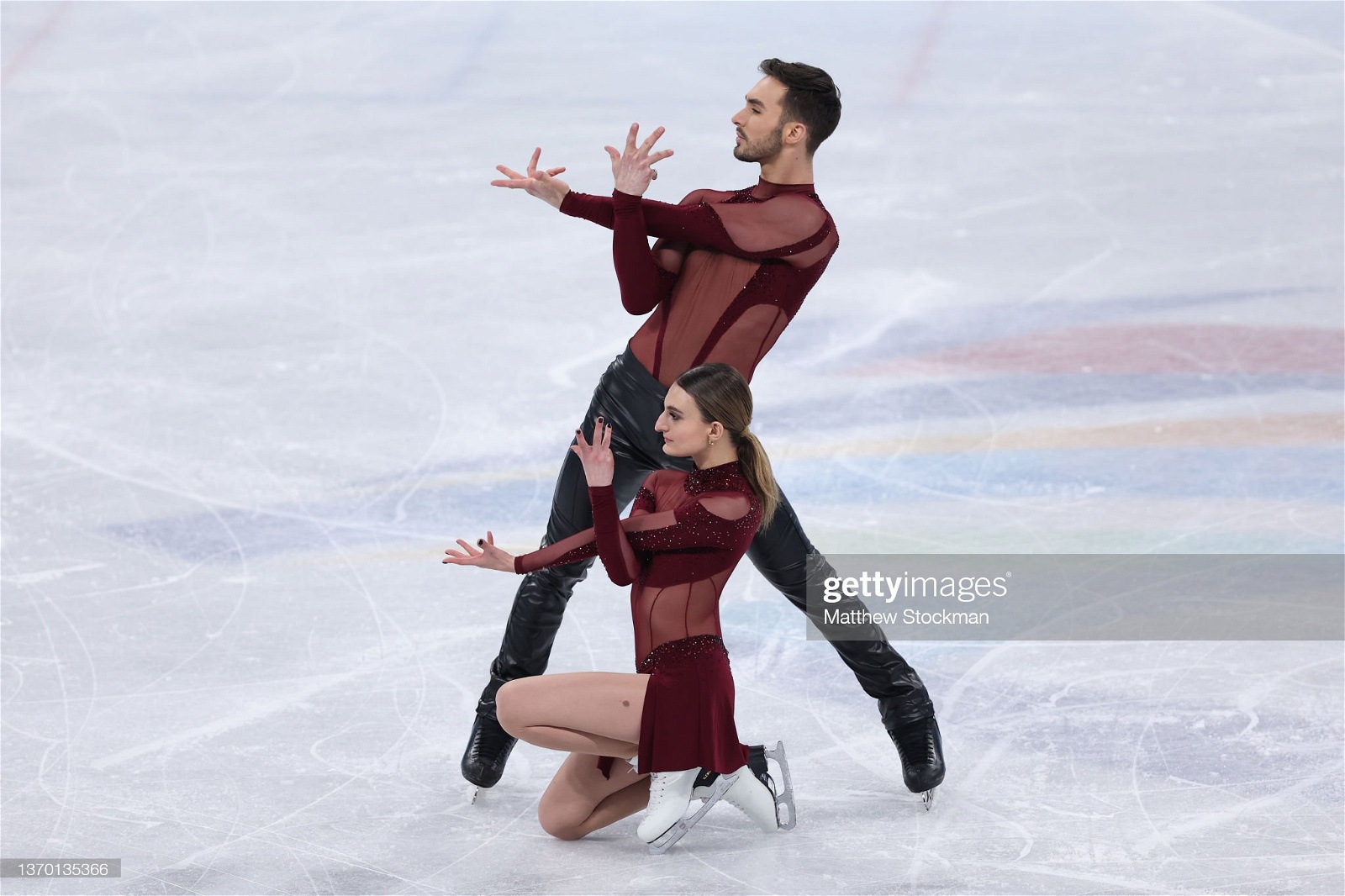 Edge of the Crowd's 2022 World Figure Skating Championships pairs and dance preview encapsulates the fascinating dynamic of a post-Olympic Worlds.

Edge of the Crowd's 2022 World Figure Skating Championships pairs and dance preview encapsulates the fascinating dynamic of a post-Olympic Worlds.

The Ice Dance and Pairs events at the 2022 World Figure Skating Championsencapsulate the fascinating dynamic of a post-Olympic Worlds. Some skaters will be aiming for one last final hurrah, while others will take the chance to prove themselves as the ones to look out for in the new quad.

With athletes from the Russian Federation not permitted to compete and the Chinese Federation opting to play it safe in relation to COVID-19, the absence of skaters from both nations make things very interesting in this pairs event.

American team Alexa Kneirim/Brandon Frazier make a strong case for the World title. They come into the event after their sixth-place finish with personal best scores in the free skate and overall at the Olympics, which is the best US Pairs Olympic result in 20 years.

Hot on their heels are compatriots reigning nation champions Ashley Cain-Gribble/Timothy Leduc. The pair were only 0.10 points behind Knierim/Frazier after a clean short program at the Olympics, showing how close in scoring potential the teams are. An ankle injury during practice by Cain-Gribble led to multiple jump errors in the free skate which had them in eighth overall.

With the ankle injury on the mend, and feeling good about their condition in the leadup to 2022 Worlds, Cain-Gribble/Leduc have stated that they are more focused on their performances. A set of clean programs will put them in serious contention for that top spot.

Japanese pair Riku Miura/Ryuichi Kihara are also not to be dismissed in the battle for the World title. They have already had an outstanding season in which they podiumed at every single competition they attended in the lead-up to the Olympics and then played a pivotal role in Team Japan's quest for a medal in the Olympic Team Event.

The pair finished seventh in the Olympic Individual Event, and earned personal bests in the free skate and total score, alongside their short program personal best in the Team Event.

Given how close it is between the three teams, both placement-wise and score-wise, the competition will be decided by the cleanliness of the performances. Whichever team is able to earn their levels and have the least amount of errors across the two programs will be the one to stand on the top of the podium.

Canadian pairs Vanessa James/Eric Radford and Evelyn Walsh/Trennt Michaud also have a chance of making the podium. Both teams have been struggling with consistency throughout the season, but if they are able to go clean, they could put themselves in contention for a medal.

Unfortunately we will not be seeing any Australians in the event, with a last-minute withdrawal from Anastasia Golubeva/Hector Giotopoulos Moore.

It should come as no surprise that newly crowned Olympic Champions Gabriella Papadakis/Guillaume Cizeron are the undisputed favourites for the World title. Aside from a controversial silver medal at 2020 European Championships, they have been unbeaten for the entirety of the 2018-2022 quad, and more often than not, earned new world record scores while at it.

The team earned new world records in the rhythm dance and combined total scores at the Olympics and will be looking to break those records once again at a home Worlds.

Ice dance is more familiar with the absence of top teams at Worlds, with Papadakis/Cizeron sitting out 2021 Worlds due to COVID-19 concerns. As such, the absence of the Russian teams this year will have less of an impact on the Ice Dance podium than they do on the pairs.

Olympic bronze medalists Madison Hubbell/Zachary Donohue will be looking to finish their competitive careers on a high. The team announced at the beginning of the season their intention to retire after Worlds, and have set themselves up as the top pick for the silver medal behind Papadakis/Cizeron.

There will be a minor battle for the bronze medal between Americans Madison Chock/Evan Bates, Canadians Piper Gilles/Paul Poirier and Italians Charlene Guignard/Marco Fabbri. All three teams are the current reigning national champions for their respective countries.

After missing the Olympic podium by 0.26 points, Chock/Bates will be the best bet to complete the Worlds podium.

Reigning World bronze medallists Gilles/Poirier had a few too many costly errors in their Olympic performances which landed them in seventh overall, but when clean they can definitely get the scores needed for a second bronze medal.

Guignard/Fabbri had a standout performance during the Olympics, capitalising on errors made by other top teams to finish in fifth overall. Historically, they have often been underscored on the international stage and but their quality and cleanliness keep them in the running for a podium.

In Ice Dance, a lot of the most interesting and dynamic competition actually occurs in the middle of the pack, as the fight for a top 10 finish can be as fierce as the fight for the podium.

Australians Holly Harris/Jason Chan are among that pack, alongside International Ice Academy of Montreal training mates, Brits Lilah Fear/Lewis Gibson, Spaniards Olivia Smart/Adrian Diaz, and Canadian teams Fournier-Beaudry/Sorensen and Lajoie/Lagha. The absence of the Russian and Chinese teams might be just enough for Harris/Chan to earn Australia two spots at 2023 Worlds.

The 2022 Figure Skating World Championships start tonight at 9 pm AEDT with the Women's Singles Short Program which you can watch onSBS On Demandin Australia and theISU Youtube Channelinternationally.