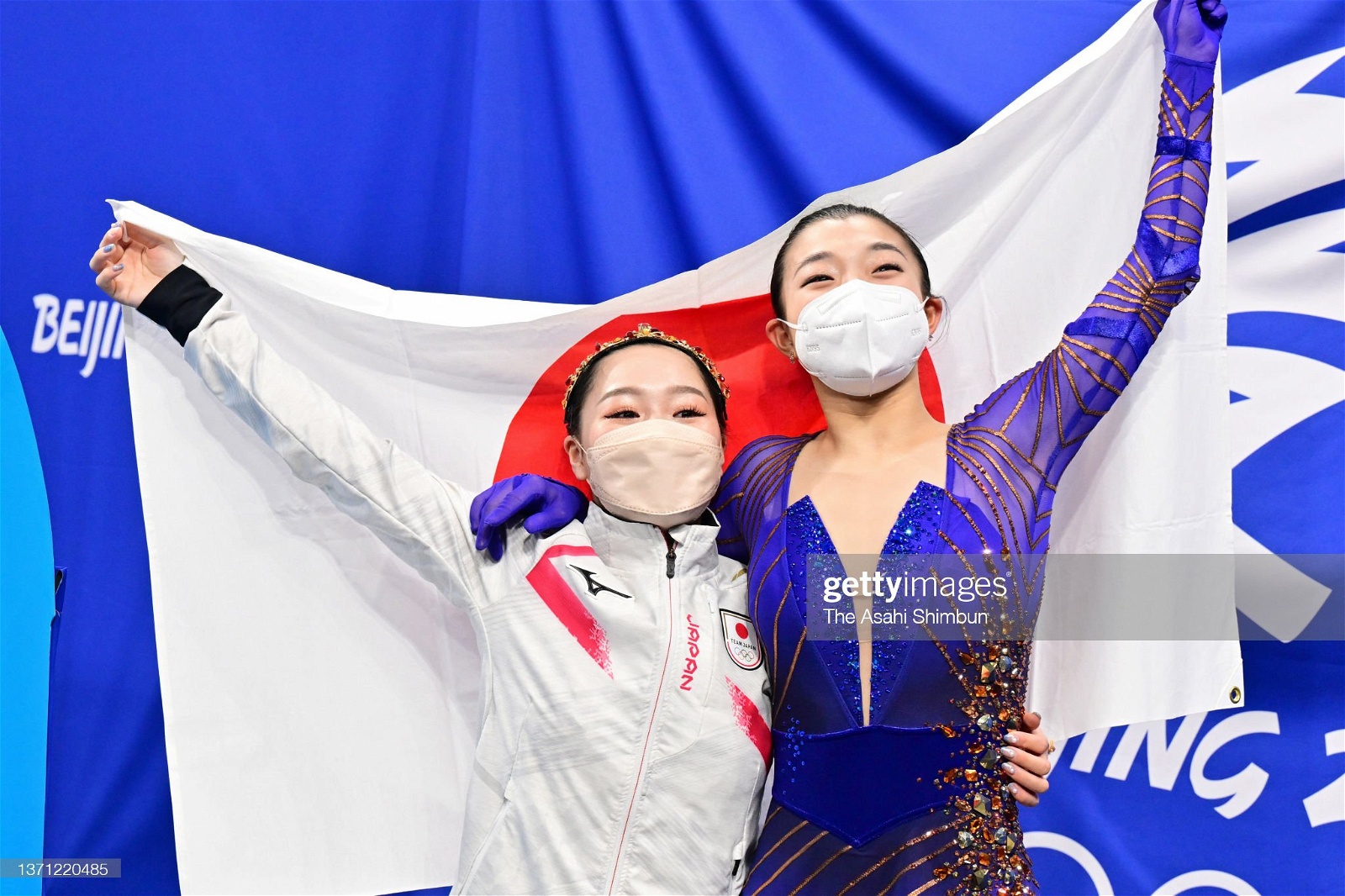 With the 2022 Figure Skating World Championships starting tonight Edge of the Crowd previews the singles disciplines and who is set to take home a first Worlds title.

With the 2022 Figure Skating World Championships starting tonight Edge of the Crowd previews the singles disciplines and who is set to take home a first Worlds title.

The 2022 World Figure Skating Championships will look a little different this year with none of the singles Olympic Champions competition and big names like Yuzuru Hanyu withdrawing due to injuries. It's set Japan's top skaters up for their first world title, the question is who will claim it?

Women's Singles - No Russians, no quads, no problem

Japan's top women's skaters for the past year Wakaba Higuchi and Kaori Sakamoto produced incredible performances on the Olympic stage, with both contributing to team Japan's bronze in the team event and Sakamoto earning her own individual bronze medal.

But Worlds has put the pair in position to be the favourites with none of the athletes from the Russian Federation permitted to compete. Sakamoto has the edge currently coming off a very consistent season with her clean jumps and elite skating skills along with her high career bests at the Olympics likely to be fruitful if she can produce two clean skates.

Higuchi does have an ace up her sleeve however; without the Russians and their quads she'll have the highest technical base value in the field with a triple axel jump in both the short and free programs. In 2018 at the post-Olympics World Championships, Higuchi pulled a rabbit out of her hat and managed to stun the figure skating world to win silver.

The only concern is whether the judging panel will consistently and fairly call under rotations throughout the event as Higuchi has been on the receiving end of harsh calls in that past.

The battle for bronze comes from two nations, South Korea and the United States.

Korea has the best opportunity to claim its first World Championship medal since Yuna Kim's retirement with both Young You and Haein Lee combining both the high level technical elements with incredible artistry. However, both face the same issue as Higuchi with their rotations often receiving inconsistent and harsher calls than other competitors in the field.

You wasn't far behind Higuchi at the Olympics and has had the momentum for a few years now, meanwhile Lee stunned everyone at Four Continents in January winning silver ahead of You at her international senior debut. They'll both need to skate clean to make the podium, but they're hungry to prove they can honour Kim's legacy in a season in which they're both skating tribute programs to the country's greatest skater.

From the United States the trio of Mariah Bell, Karen Chen and Alyssa Liu are all capable of earning a spot on the podium but all three have been plagued by inconsistencies this year. Of the three Liu was the best performer on the Olympic stage but its been a long season for the 15-year-old and there's no telling until she steps out to compete whether she's still riding off the high of the Olympics.

Karen Chen is the strongest skater of the Americans artistically but struggled in February with her jumps falling multiple times across her programs in both the team and individual events. If she has resolved some of the issues with her jumps, she'll have a chance to be the United States' best women's skater.

Lastly, there is Mariah Bell who is the most well rounded of the trio, however, like Chen she was inconsistent in Beijing falling multiple times. Should she skate clean there's every chance she could beat the Koreans clean, however, it's unlikely.

Australia will have Kailani Craine competing and while there are no expectations for a podium, two clean skates could provide a career-best finish at Worlds, redeeming her unfortunate Olympic performance that saw her miss out on the free skate due to doubling her lutz in what was an otherwise fairly clean program.

Like the women's singles, the men's field will have a first time World Championship winner. Similarly, the favourites appear to be the Olympic silver and bronze medallists Yuma Kagiyama and Shoma Uno.

The most experienced of the contenders in the men's singles, Uno has only won one major title, 2019 Four Continents Championships, but he's been in the background and on the podium for a long time. After a tumultuous four years this could be Uno's crowning moment.

His coach Stephane Lambiel seems to believe so and despite several mistakes in the free skate he still landed on the Olympic podium. But he'll need to hit all of his jump combinations, an issue that has consistently cropped up over his career.

The youngest member of team Japan, Yuma Kagiyama, already has a World silver medal to go with his Olympic silver but there is the question as to whether Kagiyama knows how to win on the senior circuit late in the season. There's no Yuzuru Hanyu or Nathan Chen standing in his way and his personal components scores have risen quickly eating into the buffer Uno had last season.

While it's less likely American Vincent Zhou is a contender for gold, similar to Kagiyama there's no longer any room for excuses for Zhou and after heartbreak at the Olympics, following a positive COVID-19 test, he's got a point prove and as the leader of the United States team the pressure is on to win.

The issue is, under pressure Zhou hasn't been known to perform. At the 2021 World Championships Zhou was unable to qualify for the free skate putting the United States in a precarious position regarding Olympic selection with only two guaranteed spots.

He earned that third spot back at the start of this season but had the rules regarding quotas not been changed the US would have ben stuck with two spots. On the flipside at 2019 Worlds Zhou stunned skating fans winning bronze at Japan's home World Championships shutting out Uno who had been considered a podium contender.

If any of the top three flounder there is a few other podium contenders, namely Japan's Kazuki Tomono who has been regarded as a post Olympics Worlds specialist and would be hoping to complete a Japan podium sweep.

South Korea's Junhwan Cha, who has been rising up the ranks for years and has been on the cusp of breaking the 100 point barrier in the short program all season, and lastly new kid on the block Ilia Malinin who hasn't been seen much at international senior competitions but won silver at US Nationals and has high valued technical content.

The 2022 Figure Skating World Championships start tonight at 9 pm AEDT with the Women's Singles Short Program which you can watch onSBS On Demandin Australia and theISU Youtube Channelinternationally.