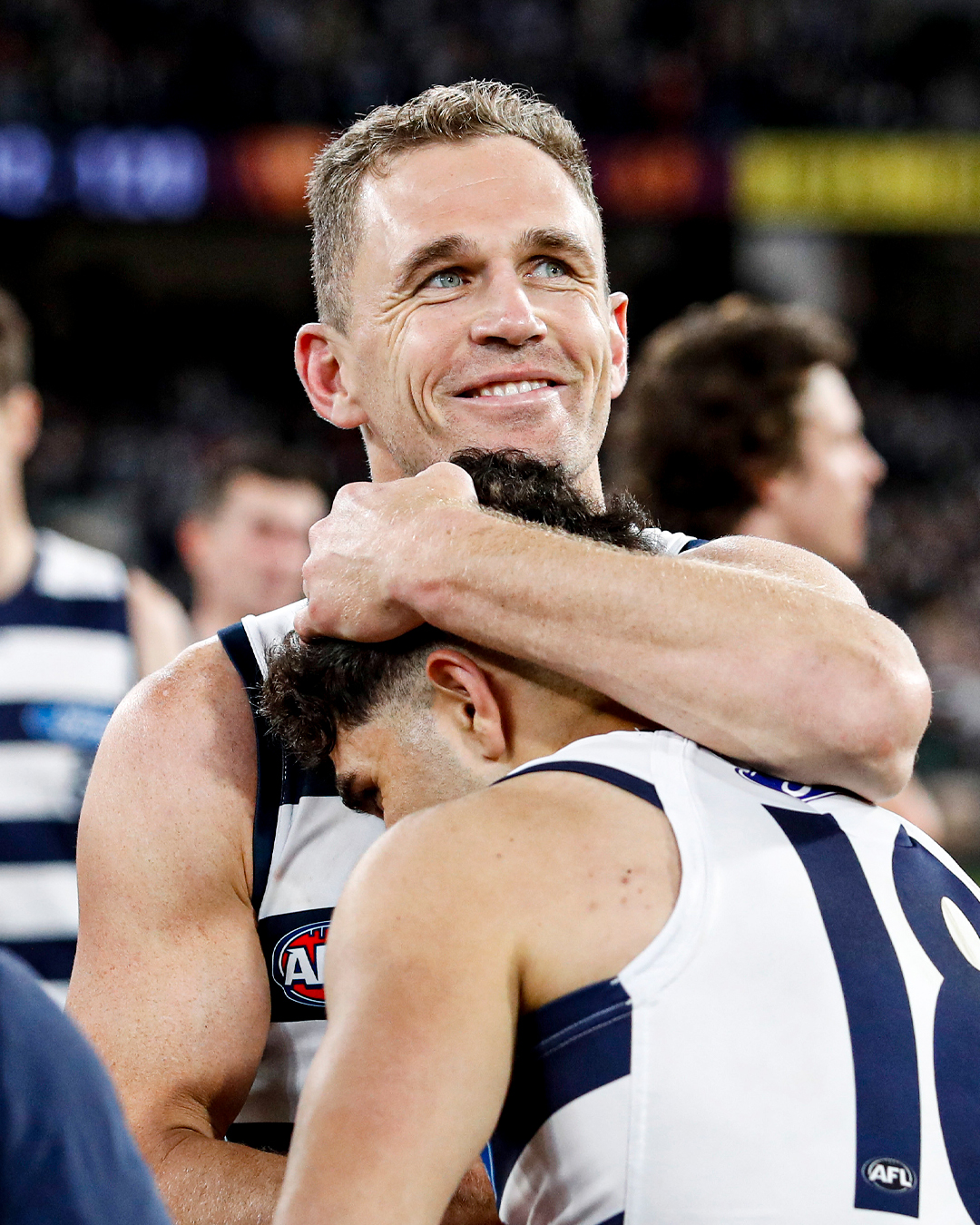 What a premiership would mean for the Geelong Cats

A Geelong win on Saturday will feel like the culmination of years of work.

What a premiership would mean for the Geelong Cats

A Geelong win on Saturday will feel like the culmination of years of work.

Geelong winning the 2022 AFLM premiership will mean a lot of things. If Joel Selwood lifts that cup on Saturday, there will be a great mix of feelings. For many, it will be pure exhilaration; for others there will be a sense of vindication. For most, it is likely that the overwhelming emotion is a relief.

Cats fans have been extremely fortunate over the past two decades. Geelong has only missed the finals twice since 2004. The last time was seven years ago. In that time, there have been five Grand Final appearances and three premierships.

To some, this is an underachievement; Geelong have had the players to at least make it to the big dance but has usually fallen short at the preliminary final. But nobody is guaranteed success in sport; all supporters are entitled to is hope, and The Cats have provided that every season for three generations of players.

When the Tigers lifted the cup in 2020, it was disappointing for Geelong, but history will show that they were up against a defining team of the era. Sometimes, it just is not meant to be.

This year feels different. It is not just that The Cats have won 15 games in a row. They have beaten teams of varying ability and ladder positions comfortably. Geelong have been playing their game and dared the opposition to match them.

They have only lost three times this season. Two of those defeats were by less than two goals. Perhaps ominously, the only team to win by more was Sydney in Round Two.

All the pieces feel in place

Similar to most seasons, Geelong have been buoyed by new faces. Tyson Stengle arrived and elevated himself to the All Australian selection. Max Holmes has established himself as a future star, and the defence has been significantly strengthened by Zach Guthrie and Sam De Koning’s emergence as elite players.

This is a rare season where all of the pieces feel in place. Everybody is in form, Geelong has the best attack and best defence, and the game plan has been challenged and overcome matchday obstacles.

In previous seasons it has been common to hear that it is Geelong’s final chance; this is by far their best chance. The club has planned the season carefully. Players have been rested and managed to avoid injury or fatigue. The result has been increasingly dominant performances, particular by veterans like Patrick Dangerfield.

Chris Scott is a coach who seems impervious to outside pressure. His enviable home and away record makes him one of the best coaches of the modern game. But that second premiership remains elusive.

The Cats have come in for ridicule for recruiting older players. But with a few exceptions, they have recruited players to fill a specific need at the club. Players like Gary Ablett Junior and Isaac Smith may have been slightly past their best when they arrived or returned, but their class still meant that they were excellent footballers.

These players and a rejuvenated Gary Rohan and Zach Touhey have kept Geelong in contention far longer than they should have been.

This has allowed the young players to gain vital experience and tutelage. Now they seem ready.

Newer faces like Tom Atkins, Gryan Miers and Brad Close have been able to learn from the likes of Ablett and Selwood while competing in September. These repeated baptisms of fire have seen them rise to new standards this season.

All are in career-best form, and a win against The Swans will make all of the past frustrations worth it.

Therein lies the pressure. The players do not appear to be feeling or exhibiting it, but the fans do not want to see this team unrewarded.

Geelong has finished top of the table, they have won both finals impressively, and have All Australians on every line.

The lid is off, the town is excited, and everybody wants to celebrate. After more than a decade of close calls, it will be a relief when that final siren sounds, and the blue and white confetti falls.