The Burton Brothers have been Learning to Laugh Again

The Burton Brothers return to the @ADLfringe with a new show of hilarious sketch comedy. They talk to The Edge Of The Crowd about Learning to Laugh Again. 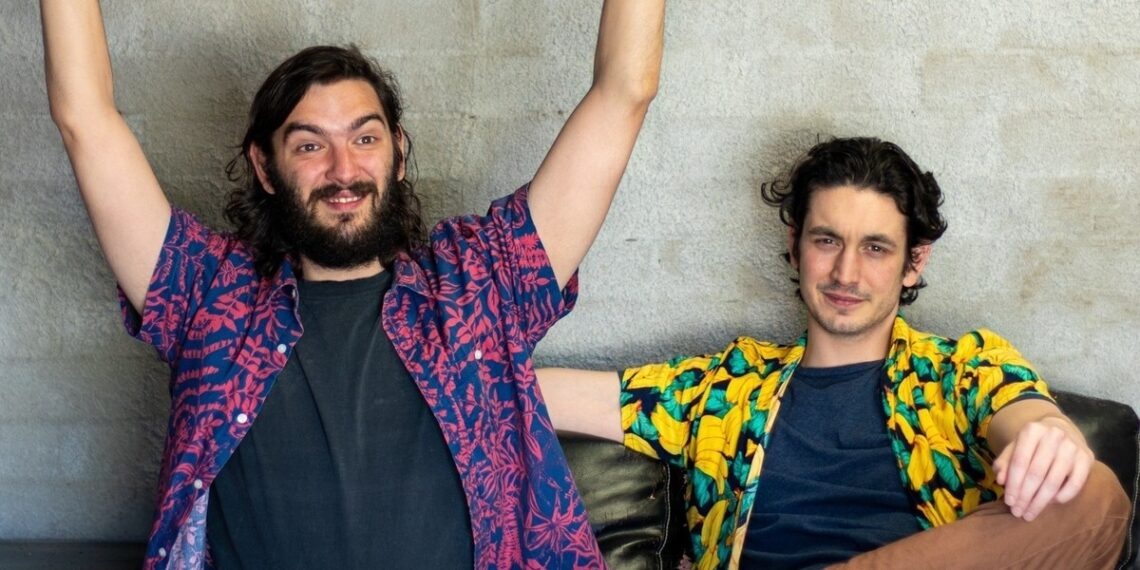 It has been a tough couple of years for many of us. But sketch comedy duo Tom and Josh Burton are performingLearning to Laugh Againat the Adelaide Fringe Festival to deliver some much-needed laughs.

The show is the duo’s first sinceSnake Oilat the 2021 Adelaide Fringe and the Melbourne Comedy Festival. The brothers have been busy since they sold out venues a year ago.

“We have been working hard on this brand new show as well as doing gigs all around Melbourne,” Tom Burton toldEdge Of The Crowd.

“We’ve been trying to keep sharp and write lots of new sketches.

“As well as wasting large amounts of both of our time playing video games for hours on end, it’s productive stuff.”

Their style is unpredictable, and the sketches can escalate into the hilariously absurd. If you think you know where something is headed, you will probably be wrong but not disappointed and definitely laughing.

“As a sketch duo we are very inspired by our childhood idols, Lano and Woodley,” recalls Tom.

“They are a huge inspiration to us and the kind of comedy that we do.

“We also love the Pajama Men, The Mighty Boosh, Flight of the Conchords, Tim and Eric. The list goes on.

“Josh [the older brother] was always the funny one in the traditional sense and I was the weird and goofy one so not much has changed really.

“We figured out our dynamic at an early age and boy did we stick to it.”

You can see the impact of their influences in their performances, but they are unique in their style. A sketch on their YouTube page, “Home Invasion but it's fun” starts off in an already odd place and becomes increasingly, inventively bizarre.

Offstage, the creative process is no less absurd.

“We landed on the name Learning To Laugh Again when we were writing this show in between the many lock-downs that Melbourne went through,” says Josh

“During that time Tom decided he didn’t like his laugh. He decided to change it to something, frankly, more annoying than what it already was.

“The name came from his new, frustratingly annoying laugh.”

The duo’s writing is already packed with jokes and unpredictable and on stage there is the added ability to improvise. A comedian could write for days, or even months to craft the perfect joke, but often something that comes to them in the moment under lights can be the most satisfying. For them and the audience.

“For us, it’s the improvised gag every time,” says Tom.

“We like to keep our shows fresh for both the audience and ourselves by keeping the script pretty fluid.

“If we can make each other laugh just as hard as the audience with an improvised line, then we know we have done our jobs properly.”

A lifetime of performing exclusive shows for fortunate family members turned into a burgeoning career on stage. The pair have been performing improv and sketch comedy for several years. Initially they began in Improv but soon found “a nice middle ground” by combining written comedy and Improv in the form of sketches.

For many, performing without a script or written guide can be as terrifying as jumping without a parachute. However, it is something the brothers have always enjoyed.

“The best thing about performing improvised comedy is the trust that you develop in the person or people you do it with,” says Tom.

“If you trust in your scene partner then you know that together you will find something funny and that feeling of fear will melt away.

“I think it’s really quite nice to have an entire form of comedy that is built around a trust between your fellow performers and the audience.”

Adelaide Fringe audiences are already aware of what Tom and Josh Burton can produce. This year's show promises to be funnier and stranger than the 2021 hit according to Tom.

“Our shows are always a fast-paced, absurdist ride with big characters, musical comedy and a tinge of brotherly love,”

“It’s silly, fast and heart-warming, what more could you want?

If it is an escape from the worries of the world that you need,Learning to Laugh Againis the show for you. There is a timelessness to the best sketch comedy and the efforts of the Burton Brothers follows that tradition.

“We want people to be able to watch our show 50 years from now or 50 years in the past and have it be just as funny as it would be today.

“We are the only show designed for time travellers!”

Learning to Laugh Againbookings can be made here.