The Will to Fly is an exciting preview of Matildas documentary 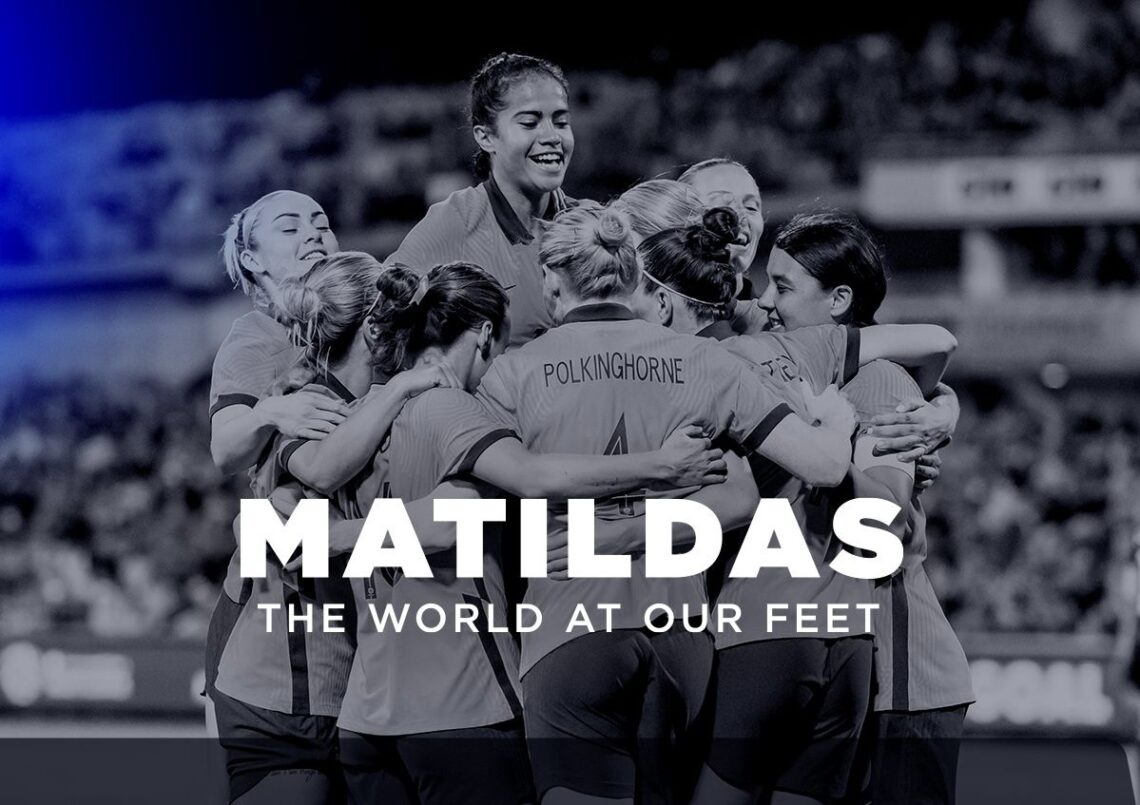 The Will To Fly is a critically acclaimed and influential sporting documentary. One of its co-directors, Katie Bender, is responsible for a new film portraying The Matilda's quest to win the World Cup. The Edge of the Crowd takes a look at her first filmto see what football fans can expect from her next project.

With the 2023 FIFA Women’s World Cup fast approaching, preparations are in full swing both on and off the field for Australia’s Matildas.

Australia are hosts with one of the country’s most high profile sporting teams, which boasts several of the world’s top players. Interest is high, and there is a generational opportunity for women’s football to reach new audiences and leave a legacy.

In April, Disney + announced a new documentary to follow the team as they prepare and compete in the tournament. The World At Our Feet.

The film’s director is Katie Bender. From the strength of her previous film, The Will To Fly, Australian football fans are in for a treat.

The Will To Fly (co-directed by Leo Baker) is a compelling, thrilling and emotional film. It follows the ups and downs of Olympic Freestyle Skier Lydia Lassila. Her beginnings as a childhood gymnast, a move to aerial skiing and her first three Olympic games are covered. The first part of the movie culminates in a famous Gold Medal in 2010.

Every mental and physical challenge is retold to the audience. Heartbreaking injuries, miraculous recoveries and glorious triumphs are shown.

Her journey as an athlete with confidence and promise is given context by interviews. Lassila is admired by contemporaries and competitors like Alisa Camplin and Jacqui Cooper.

The heart of the film is her return to the sport after her son is born. Her goal is to not only compete in the 2014 Sochi Olympics but to complete a trick no woman has achieved before.

The Will To Fly is a film that will make you cheer, cry and wince in sympathetic pain. You feel the stress and excitement of her family, while Lassila’s confidence is contagious for the audience. It is a story that will make you believe in sporting miracles. The essence of the Olympic spirit on screen.

So what can Matilda's fans expect from Katie Bender’s The World At Our Feet?

Football and aerial skiing are two very different sports. Despite this, there are similar themes in Bender’s first film that will translate to the next one.

The Will To Fly does an excellent job of explaining the details of the sport to newcomers. Lassila and her coach are mic’d up during training. She records confessionals at home and candid family time. Quieter moments depict what life is like for an Olympic athlete.

The Matildas documentary will stream on Disney+. There is the potential for non-football fans to find and watch this film. Bender has the talent to show what makes it the world's most popular sport.

Throughout her career, Lassila, like Camplin and Cooper, was a high profile athlete who gave numerous interviews. The Will To Fly gives each interview subject unedited stretches to re-live their experiences and provide their opinions.

Football Australia famously does aterrific jobof providing behind the scenes moments from camps. However, a feature-length documentary will provide the scope and time to tell this potentially epic story in detail.  Bender shows that she is up to the task.

The Will To Fly also provides crucial context. Through interviews with various coaches, colleagues, and the seemingly unbeatable Chinese skiing team, we learn quickly how difficult Lassila’s plan is.

The audience is under no illusion that this requires everything to go correctly at the exact moment that it needs to. The quad-twisting-triple somersault is talked about with a sense of awe.

Winning the World Cup is not as dangerous as hitting a snow-covered ramp at 70km per hour and flipping through the icy air. However, the pressure on the team will be immense, and the task will be as momentous.  Her first film shows that Bender knows how to communicate this to audiences.

Essentially, the driving theme behind The Will To Fly is “legacy.” Lassila, Camplin and Cooper do not want to just win for themselves. they want to change the profile of the sport in Australia.

Lassila wanted to alter the possibilities for women’s aerial skiing.

In her final jump, Lassila risks a gold medal chance for her dream. She prefers to use her final jump to attempt the trick she has worked towards. That is more important to her and it is the message of the film.

The off-field goal of the 2023 World Cup in New Zealand and Australia is also “Legacy.”

This tournament offers the chance to change women's football and sport in Australia. Participation rates in girls' and women’s football is high,  and so is enthusiasm for the team. Nevertheless, a hugely successful tournament and a strong showing by The Matildas could launch the game to another level.

The legacy of the tournament and the team is not solely dependent on victory. However, the team and the event has the opportunity to change the game.

Lassila was trying to progress the sport of aerial skiing. Her career left a legacy in her sport and others.

The impact of the tournament and the subsequent film remains unknown. Through The Will To Fly, Bender has shown an appreciation for the importance of legacy. Success for the tournament is not just measured in medals. Changing perceptions and expectations of women’s football is an aim. Bender has the narrative and visual style to depict this.

The Will To Fly is mostly from Lassila’s perspective. This new film will be from The Matilda's point of view. Importantly, it does not shy away from offering other, sometimes critical opinions.

The film constantly reminds the audience of the stakes, the history and the goal. We know where Lassila has come from and what she needs to achieve.

Matildas fans can expect a detailed, layered and dramatic film. The right person is behind the camera for this important project.

Bender’s much anticipated follow up to The Will To Fly is likely to be cinematic, re-watchable and potentially thrilling.

The movie could end in glory or heartbreak. On the basis of her first film, people should be excited about what is in store from Bender and her team.