The Oscars broadcast will not show some major awards and speeches. This is disrespectful to the artists, the public and film history. 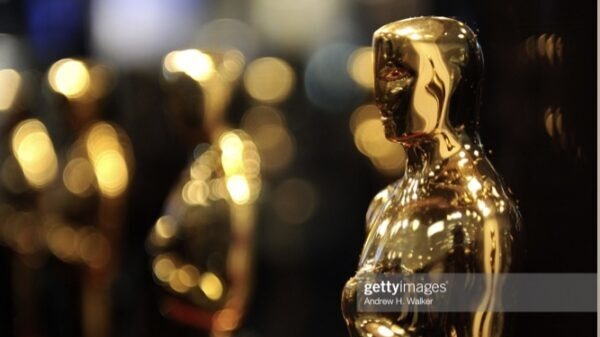 In a move that nobody really asked for, The Academy of Motion Picture Arts and Sciences will not be televising several categories in this year's Oscars.

The awards for Documentary Short, Animated Short Film, Live Action Short Film and Sounds will be presented before the live show.

In a controversial decision, Best Editing, Sound and Makeup and Hairstyling will also be relegated from the broadcast.

Best Original Score was decided to be less than essential to the filmmaking process.

These are vital parts of any film and should be given full public recognition. There can be a case made that editing, music and makeup are as important as casting.

What would Heath Ledger’s Joker be without the makeup department? The look was an important part of the character.

It appeared as though it had been applied once and never removed. It had cracks and streaks. Ledger’s Joker looked at once otherworldly, frightening and realistic.

Star Wars (1977) was an Oscar and box office behemoth. However, it could have been very different if not for the award-winning editing and original score.

The Star Wars theme is iconic in film and popular culture, it has been disco-fied, parodied and homaged. However, when somebody mentions the title, many people’s brain goes straight to those opening notes.

At the time of its release, large bombastic orchestral scores were a thing of the past. John Williams had won an Oscar for Jaws, but it was a far more minimal score.

John Williams changed all of that. He deserved his moment on stage, and to be recognized by a mass audience. The next John Williams deserves that right too.

Marcia Lucas is widely regarded to have “saved” the movie in the edit.

She is considered to be responsible for the famous Trench Run ending. Lucas re-ordered the shots and raised the tension. The original cut had Luke Skywalker making two runs down the Death Star trench. This was re-cut to have Han Solo come in at the last moment to save the day.

Thelma Schoonmaker famously edited most of Martin Scorcese’s filmography. Without her influence, many classics like Raging Bull would have turned out significantly different. There is a reason she won an Oscar before Marty did.

Editing is essentially the final draft of the film. Without it, there would be nothing but random footage.

The editors deserve to be recognized by the Oscars, and the public on the big stage for creating what we see on screen.

Hair and Makeup is the definition of “Arts and Sciences.” Terminator 2 won the Oscar in 1991 for Stan Winston’s work on Arnold Schwarzenegger's face to blur the line between man and machine.

The effect was so convincing that it reportedly made Arnold’s daughter cry. In 2022, Winston would not be granted his moment in the spotlight.

The changes may have been made out of concern for television audiences. But what is the point of an awards show when it is missing major awards?

One could argue that short films and documentaries are not as interesting to viewers. If that is the case, why award them at all?

Viewers who sit through a four hour Oscars broadcast are likely to be interested in the technical awards. Those who just want to hear the actors speak will have switched off or looked online.

The Academy is simultaneously stuck in the past in revering TV ratings, and too eager to move from recognising important film history.

These artists have earned the right to be recognized and to thank those that helped them get to where they are in the most public way.

For short film-makers, the Oscars can serve as a future job application. Name recognition goes a long way in the entertainment industry. Being given airtime can help build a career.

There is as much skill (maybe more) in crafting a full story into 30 minutes as there is in a three-hour epic.

Movies would not be the same without music, makeup, sound and editing.

The Oscars are irrelevant as a broadcast without major awards.