The Edge of the Crowd ranks The Jurassic Park films

With the release of Jurassic World: Dominion, The Edge of the Crowd ranks the six films in the long running franchise. 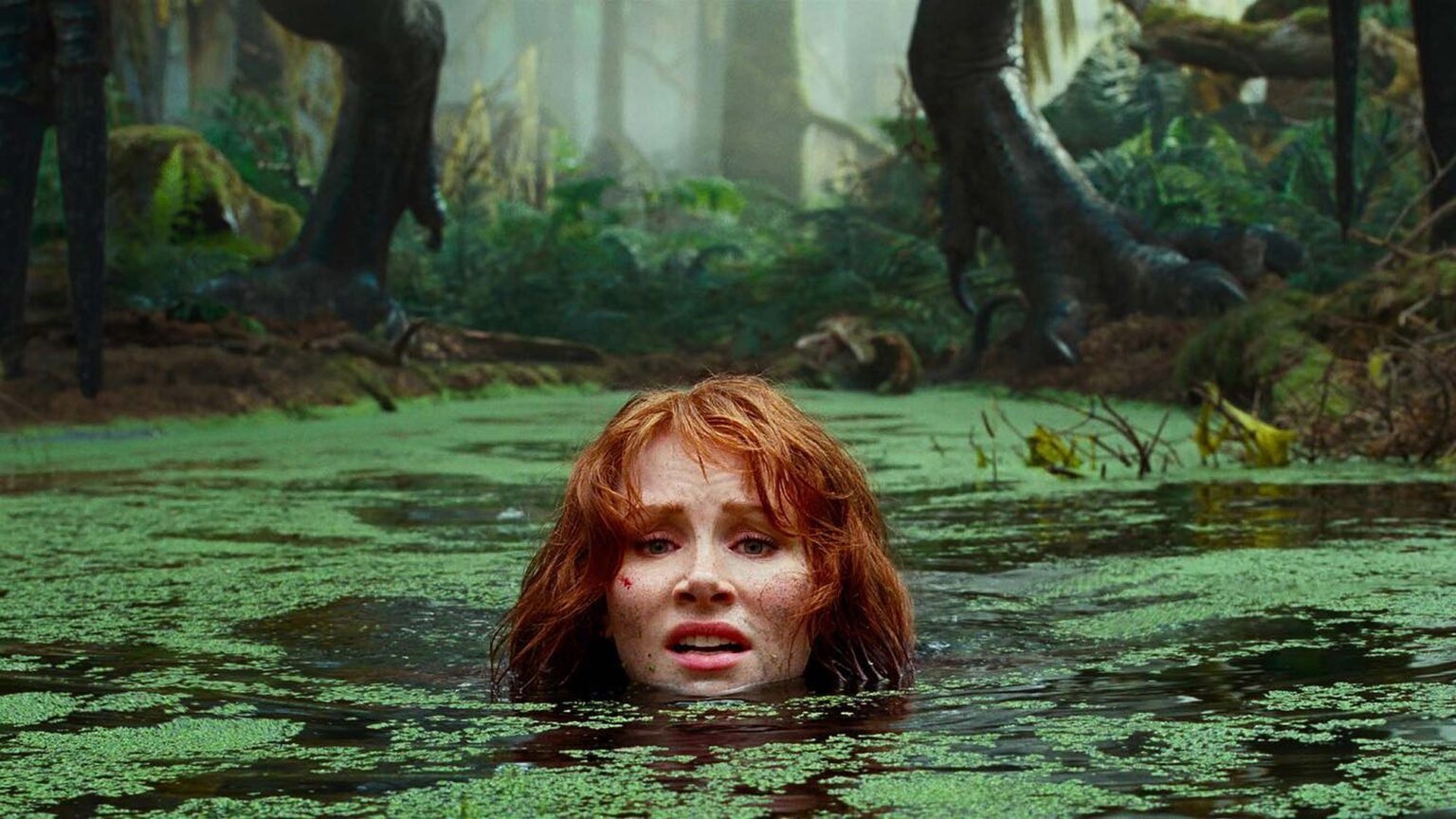 With the release of Jurassic World: Dominion, The Edge of the Crowd revisited all the entries in the iconic and crowd-pleasing franchise. It was an easy task to watch them all, but a challenge to rank them. To paraphrase Richard Attenborough, "welcome to the Jurassic Park [List]"

There is no mystery about what is first placed on this list. Jurassic Park was cinema perfection upon its release. It remains a benchmark film 29 years later.

Remarkably, Steven Spielberg made and released Jurassic Park in the same year as the iconic Schindler’s List.  He supervised the post-production of the dinosaur epic from Poland while involved in principal photography for his Oscar-winning passion project. Editor Michael Kahn and composer John Williams also worked on both projects in 1992 ahead of its release a year later.

Jurassic Park was notable for its ground-breaking special effects. Lifelike CGI creatures that interacted with real environments had not been done before. Spielberg blended Industrial Light and Magic’s amazing visuals with incredible animatronics, and human-operated puppets to bring the creatures convincingly to life.

Incredibly, there are roughly six minutes of CGI footage in the film. Only 15 minutes of the entire movie contains dinosaurs. Therein lies the secret to its success.

As he did with Jaws, Spielberg uses the creatures sparingly. When they first appear there is a sense of wonderment. It is also the first time the famous theme music plays. As the genre turns from sci-fi to horror, they become more terrifying.

The T-Rex is teased through reactions and a slow-building tension. Its approach is signalled byshaking water and thudding noise.

Jurassic Park is almost reflective of its own themes. Just because they could bring dinosaurs to life, does not mean they did to excess. The later sequels largely forgot that less is more.

Crucially, this is a movie about the limits of human science and the power of nature. Later franchise entries became about the running of zoos or animal rights. The plots became more complex, the characters less relatable and the CGI more frequent.

Perhaps because of the smaller scale, every death, chase and close call matters in Jurassic Park. By the time Jeff Goldblum is hurt by the T-Rex you care. By the time Samuel L Jackson is eaten, you know what his purpose was to the park.

This is a monster movie, driven by character and theme. It is Spielberg at his best. It is likely to remain unsurpassed in the franchise.

This is an often forgotten entry. It sits between the disappointment of The Lost World and the Colin Trevorrow helmed reboot Jurassic World. However, Jurassic Park III is the closest to the original.

Joe Johnson was originally meant to direct the first sequel but was held up by Jumanji. Like Spielberg, he has a knack for combining practical and animated effects on screen. He leant heavily on animatronics for close-up footage. Even with a slightly sillier plot involving raptors talking to each other, he makes it work.

Jurassic Park III is a brisk 90-minute film. Johnson wastes no time world-building or setting up the stakes. He trusts that by this point, the audiences come in with certain knowledge.

The action never stops, it is a very simple story of rescuing a stranded child from the island. Sam Neill returns as Alan Grant and is a much more capable lead than Jeff Goldblum, Julianne Moore or Vince Vaughn were in the first sequel.

Jurassic Park III also has a sense of humour missing from the other sequels. The jokes are not ironic, meta or self-referential. They do not break the tension in scenes. Often they help to build it.

Johnson executed a fine balancing act of suspense and fun, although the ending feels rushed it is not enough to undo the previous hour and a half.

Colin Trevorrow’s second and latest film in the series is his best. The plot is slightly too complex, and the first act plays like Taken. However, when all the pieces fall together it evolves into the first truly original sequel to Jurassic Park.

It finds a believable enough reason to reunite the original 1993 cast. The plot is intriguing and takes some unpredictable turns.

Although on the surface, it feels like another nostalgia fest, Trevorrow is telling a story that is new to the franchise. The original theme music is barely used in a surprisingly welcome forward thinking decision.

The dinosaur effects are once again a mix of puppetry, animatronics and CGI. All of the pieces come together to make it easily the third-best Jurassic Park film.

It may sound strange, but the locust-based storyline works. For once, there is more at stake than somebody at risk of being eaten. The use of the Biosyn corporation is a nice nod to Crichton’s original novels. But it is not without fault.

Pratt’s Owen Grady still has an air of invincibility about him. There is never a real feeling that any of the core cast is at any real risk. The aforementioned first act takes a little bit too long and is of a different genre to the rest of the film.

However, with an original story that takes in multiple locations. This is the most expansive, unpredictable and enjoyable entrance in the rebooted franchise.

This is the first sequel that did not feel like a revisit to the park. It avoids comparisons with Spielberg’s classic by changing the setting and purpose altogether.

This movie takes some risks with the franchise and pulls off most of them. It is easily Trevorrow’s best film.

Jurassic World brings the plot back to where it all started. It centres on the operating of what is basically a dinosaur version of Sea-World. Inevitably things go wrong and mayhem ensues.

It follows the same basic plot as the original, but on a larger scale. Unfortunately, by this point in pop culture, the on-screen wonders are nothing new. The script is not enough to carry what audiences have seen before.

Jurassic World pivots to being an action movie more than previous sequels. Much of the film is centred on Chris Pratt as a raptor trainer. The entire film feels like an excuse to have a shot of him riding amotorcycle flanked by dino-allies.

Bryce Dallas-Howard is the other lead as the park curator. She is fine in the movie, but it is a weird choice for audiences to sympathise with. Had the screenplay centred on the assistant charged with chaperoning her nephews, it might have been more interesting.

Instead, what we are left with is two hyper-capable people taking charge of a situation. Monster movies work best with human characters with expertise but who are in over their head or do not want to be there.

This is a fun popcorn flick, but not on the level of Jurassic Park III in terms of style or substance, despite its impressive box office.

The fifth entry in the franchise tries something the original did. It switches genres midway through. While Spielberg effortlessly changed gears in his 1992 classic, J.A Bayona’s effort feels like two movies stitched together.

The first is about a mission to rescue the dinosaurs from the island before a volcanic eruption. It is Jurassic Park meets Noah’s Ark and is effectively spectacular even if it feels nonsensical.

The second part is a haunted house thriller, where a newly designed super-intelligent dinosaur stalks through a mansion after escaping an auction.

Everything about this movie is far too complicated and highlights what has made the franchise so tricky. The earlier films worked because of their simplicity. It is easier to enjoy the ride when you are not trying to keep up.

However, the scripts do need to evolve beyond park implosions or rescue missions. Fallen Kingdom tries to introduce too many themes and concepts. The idea of a corporately genetically modified monster-hunting people in an enclosed space would have made an excellent Alien movie. As a Jurassic Park film, it is messy, long and strangely boring.

Once more, the human lead is Chris Pratt. He is a prototypical modern action lead, but not really what the genre needs. Even as storylines evolve and technology becomes more capable, the most effective hero is a relatable one.

Grady’s equivalent in the original Jurassic Park was game warden Robert Muldoon. He was the most capable and well-equipped on the staff. Spielberg understood the movie was most interesting if that character could not save the day, and the story wasmore frightening if he was eaten by raptors, not a master of them.

This was a trick Spielberg used to similar effect in Jaws. Master fisherman Quint and the well-equipped Hooper are eliminated quickly, leaving only the aqua-phobic Brody to fight off the titular shark. It is a narrative choice too often ignored by his imitators.

This movie is a mess. It is obvious from very early on that this only exists to make money. A sequel to the biggest film in history at that point felt inevitable. But the follow-up to Jurassic Park is muddled in plot and tone. It is hard to describe what the film is actually about.

The only sequence that really works is the one not included in Michael Crichton’s book. The T-Rex stomping and wandering through San Diego.

It is unpredictable, funny and a great climax to a forgettable film. If the run time had been used to build up to this moment, the movie might have worked. Instead, we get a muddle of plots and varying characters with confusing motivations.

Steven Spielberg rarely signed on for sequels. This was his only attempt outside of the Indiana Jones franchise. As a filmmaker, he usually puts every effort into making something as good as possible, and then moves on to the next idea.

Following The Lost World, he shifted to making much more serious films for a time. Amistad was his next project, followed by Saving Private Ryan, then later War of the Worlds and Munich.

With the possible exceptions of Catch Me If You Can and Minority Report, he had basically eschewed popcorn blockbusters for the 10 years after his sequel to Jurassic Park.

The Lost World was the work of a director who was ready to move on to the next stage of his career.