Following the release of Matt Reeves’ The Batman, Edge of the Crowd takes a look back at the best 10 screen villains in the history of superhero films, in no particular order. 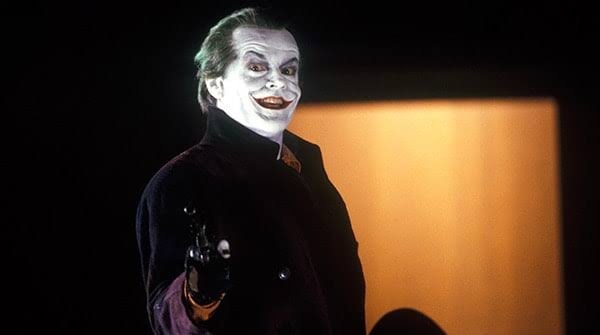 Following the release of Matt Reeves’The Batman, Edge of the Crowd takes a look back at the best 10 screen villains in the history of superhero films, in no particular order.

The Marvel Cinematic Universe’s big bad was first teased in the ending credits forThe Avengersin 2012. After Loki’s failed attempt at conquering Earth he grinned to the camera in suggestion that he might have to do it himself.

It took another six years for Thanos to properly arrive on cinema screens. Josh Brolin’s motion captured portrayal was worth the wait.

Thanos was a huge screen presence, both physically and thematically. His mission was to randomly eliminate half of all life in the universe in a bid to restore sustainability.

This plan has some massive holes in it. It seems to include animal life which would mean there would be half as much food to feed half as many people or humanoids. However, this feeds into what makes his character so compelling and ominous.

Thanos does not care about the details, nor for counterarguments. There is no discussion as he single-mindedly barrels ahead with his plan.

After a decade’s worth of films and some forgettable villains, Thanos arrives and challenges Earth’s mightiest hero’s like they never have been before.

It takes some skill to make a giant purple man with a shiny glove and vest seem menacing. That Thanos manages it is an achievement.

One of the best things about Luthor, as played by Hackman in Richard Donnors benchmarkSupermanfilm, is that he is under no illusions about himself and his place in the story. He is the self-declared “world’s greatest criminal mastermind.”

Luthor is at once cruel, funny and motivated. His plan is insane and he is happy to admit it, but that does not mean it will not work.

Lex’s goal is to launch a nuclear missile at the San Adreas fault to cause an earthquake and break California off into the ocean. Thus making his desert property into waterfront real estate.

He is willing to kill millions (and Superman) for his property scam, yet because of Hackman’s scene-chewing performance you can’t help but love him for it.

The Joker in 1989’sBatmanis often dismissed as “Jack playing Jack” but Nicholson’s performance is manic, comic and at times frightening. Like Luthor, he embraces his villainy. The Joker describes himself as the “world’s first fully functioning homicidal artist" and lives up to that boast as the film progresses.

Over the course of two hours, The Joker gasses, shoots, fries, and poisons his various victims. He cackles and grins manically throughout, and is a force of random destruction.

Unlike other iterations of the character, his white face is not makeup. That is his natural disfigured state.

When he does wear makeup it is to try and appear normal, which makes his fixed grin all the more unsettling.

Nicholson’s charm and screen presence take centre stage in the film. He was handsomely rewarded with a cut of merchandise and profits that reportedly earned him close to $90 million for the performance.

For many years this was the benchmark screen villain, and for good reason.

Erik Lehnsherr is the opposite of The Joker and Lex Luthor. Magneto is a sympathetic villain born of trauma that defines his life.

He does not believe that there is any negotiation with human governments who see mutants as a threat. In theX-Menfilms, Magneto favours pre-emptive strikes when the alternative is extermination.

Sir Ian Mckellen embodies him as an older, more scheming protagonist. He sees mutantkind as the future and oppressed for something they cannot control. He wants humans to fear him and not the other way around.

Both iterations of the character are compelling precisely because you can see his perspective so clearly. As the films progress to the post-apocalyptic world in the beginning ofX-Men: Days of Future Pastit is evident thathe may have been right all along.

Hela is the secret older sister of Thor and Loki and the rightful, but imprisoned, heir to the throne of Asgard. However, as Thor so simply puts in inThor: Ragnarok,she cannot be allowed to rule because she is “just the worst.”

Hela is a simple fantasy villain, all about conquest and violence. In the hands of Blanchett she is brilliant fun.

Hela effectively replaced Loki as the best villain of the Thor franchise; Marvel gradually transformed, then retconned Loki from a bad guy into a wildcard, but Hela is plain evil.

Her powers are not all that well defined, but are spectacular when in use and she is launching black spikes at her enemies. She also has a giant wolf who she threatens to feed citizens to.

Marvel, and in particular Thor movies, have struggled with creating memorable antagonists. Hela lays waste to any challengers as easily as she does the Valkyries.

Like Magneto, Deacon Frost is at war with humans. The only difference is we do not know it yet.Bladetakes place in a world where vampires have an uneasy, secret but officially sanctioned truce with human governments.

In a modern context, this is slightly amusing considering the records of some world leaders; in our reality, that would be Donald Trump or Boris Johnson negotiating with the Vampire councils

Frost wants to challenge that. He views Vampires as the superior species and is tired of hiding in the shadows.

He is quietly dangerous and treacherous. Dorff is not a physically imposing actor but the film makes it clear that all other Vampires fear him.

Deacon Frost’s rise to power comes like a mob movie. He removes those in his way brutally and is a believable threat to peak-era Wesley Snipes as Blade.

Ledger’s Oscar-winning version of The Joker is far different from Jack Nicholson’s. InThe Dark Knight, the clown prince of crime is as mystifying as he is terrifying.

His background is unclear, his motives anarchic and his methods are brilliantly insane.

This version of The Joker perplexes and frightens Christian Bale’s Batman. His havoc creates new villains and he is prepared to burn a pile of money with a tied-up man sitting atop it .

Joker works for so many reasons. The performance, the makeup, the constant licking of the lips. He is a physical threat with a pencil because his mind allows him to think of a new way to kill a man.

Zoe Kravitz was brilliant as Selina Kyle. But she was playing the character in her formative years.

Catwoman as played in 1992’sBatman Returnsis not exactly comic-accurate either, but she is iconic.

The character makes almost no narrative sense. She seems to gain her powers of multiple lives from a mix of being nibbled by cats and pent up rage from an abusive workplace.

However, she is great cinema. She blows up a store, seduces and then stabs Batman, then tries to frame him for murder.

She is unpredictable, dangerous and a formidable Batman villain.

The Phantasm (Dana Delaney,Batman: Mask of the Phantasm, 1993)

InBatman: Mask of The Phantasm, the titular villain is murdering Gotham’s gangsters. This mysterious new villain is mistaken for Batman by the underworld, causing them to turn to the Joker for protection.

The 2021 Batman film promised to be a return to the characters detective roots. Until the recent release,Mask of the Phantasmwas the last real Batman mystery.

Batman is in a race to uncover the Phantasm’s identity and the more he finds out, the more Bruce Wayne’s own life starts to be affected.

This is a character that frightens Gotham City’s most dangerous criminals and draws in both Batman and The Joker.

The Phantasm is the star of an underseen and underappreciated classic. Nevertheless it is an interesting villain that propels the story and demands recognition.

The antagonist ofBlack Pantheris another villain with sympathetic attributes. N’Jadaka, or Eric Stevens as he is otherwise named, is a brilliant tactician and ruthless combat veteran.

His mission to claim the throne of Wakanda is not done out of a pure lust for power, although his ego does enjoy it. Killmonger is fuelled by anger over colonialism and injustice. He wants to use the might of the African utopia to help the world’s oppressed black population overthrow their oppressors.

Played by the charismatic Michael B Jordan, Killmonger is an enthralling character. His superpower is his planning, foresight, and ruthlessness.

The only shame about him is that he only appears in the one film to date, in which he is killed off at the end of. He is the most interesting, sympathetic, and cold blooded antagonist in the MCU.