To thwart or thaw: Australia's relationship with China

Australian Foreign Minister Penny Wong met with Chinese Foreign Minister Wang Yi after an almost three-year stint of non-communication between the Foreign Ministries. Will the Albanese government seek to normalise Australia-China relations or entrench them further in hostility? 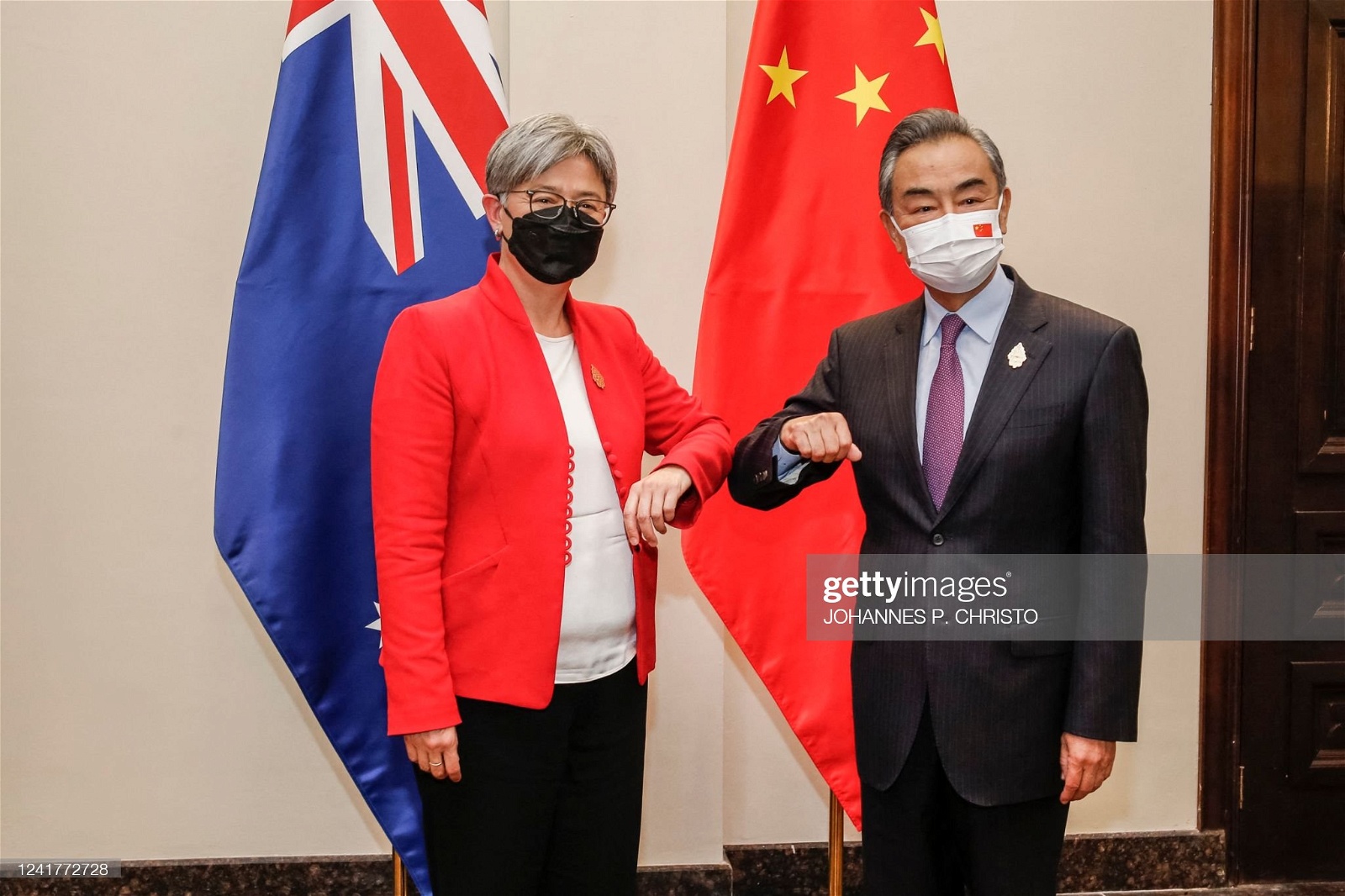 Last night, Minister Wong met with Minister Yi on the sidelines of the G20 Leader Summit. This was the first high-office, face-to-face meeting between the two Foreign Ministries since 2019. This comes after Defence Minister Richard Marles met with his Chinese colleague Minister Wei Fenghe last month in Singapore.

Since early 2020, amid attempts for a COVID-19 investigation in Wuhan and heightened anti-Asian rhetoric, China had not allowed phone calls or meetings between Australian ministers and their counterparts. Earlier this year, former Prime Minister Scott Morrison denied meeting with the new Chinese Ambassador, Xiao Qian.

Under these conditions, many have cited Beijing’s willingness to engage in dialogue with Australia as an optimistic sign for the pair’s diplomatic future.

When questioned about the issues that would be raised in the meeting Wong remained tight-lipped. However, China’s stance on Russia, its presence in the Solomon Islands and the removal of trade restrictions are likely to be on the agenda.

Spokesperson Lijian said, “A sound and steady relationship between China and Australia meets the fundamental interests and common aspiration of the two peoples. There is no “auto-pilot” mode in improving China-Australia relations.”

“We hope Australia will view China and its relations with China in a rational and positive light, work with China in the spirit of mutual respect and seeking common ground while putting differences aside and ensure sound and steady development of China-Australia comprehensive strategic partnership.”

Whilst common ground was emphasised by China’s Foreign Ministry, Australian Minister Wong maintained that Australia would centre its national interests in the discussion.

“We believe it is in the interest of both countries for the relationship to be stabilised," Wong said in a press conference in Bali, Indonesia on Friday.

“We won’t be making any concessions when it comes to Australia’s national interests.”

Wong and Yi’s meeting is a significant moment that will shape how the future of Australia-Chinese relations will operate. The Albanese government finds itself in a difficult balancing act between moving away from Morrison’s tough anti-China stance and not appearing to appease China.

Australia is likely to remain on its pivot towards its Western allies, particularly the United States and the United Kingdom, but less fervently than the Morrison government.

However, such multilateral cooperation is received by China as being inherently anti-China and positioned towards containing Chinese geopolitical influence.

China is Australia’s largest trading partner and stable relations have historically improved Australia’s foreign and domestic situation. During icy diplomatic periods like our current one, Australia has been disadvantaged by economic restrictions on wine, barley, beer, and seafood exports.

He highlights how Australia’s ‘trade war’ with China in fact benefits the US since Australian goods are replaced by American goods. This leads to a question of whether a hard economic position toward China, as pursued by Morrison, is truly in Australia’s economic interest.

For many Australians, China will continue to evoke anxiety. The Lowy Institute found that despite 43% of Australians finding that the Asia-Pacific should be the first priority of Australia’s foreign policy agenda, 63% viewed China as a security threat rather than an economic partner.

“We spoke frankly and listened carefully to each other’s priorities and concerns.”

“I raised Australia’s concerns about a range of bilateral, regional, trade and consular issues”

“Australia and China have gained much through the strength of our economic and people-to-people ties.”

“We have our differences, but it is in both our countries’ interests for the relationship to be stabilised.”

The Albanese government is faced with the decision to either thwart or thaw Australia’s relationship with China. The reinstatement of Foreign Ministry contact signals hope for a less hostile relationship.