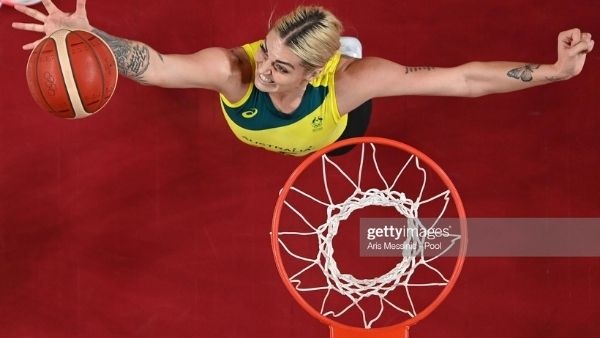 Opals announce team ahead of World Cup Qualifiers in Serbia

Opals Coach Sandy Brondello has named a star-studded squad of 12 players as they head to Serbia for the World Cup Qualifiers next weekend.

Opals announce team ahead of World Cup Qualifiers in Serbia

Opals Coach Sandy Brondello has named a star-studded squad of 12 players as they head to Serbia for the World Cup Qualifiers next weekend.

After the Opals training camp during the week, coach Sandy Brondello has selected her side that will fly to Serbia for the World Cup Qualifiers which takes place from February 10-13.

The side will be led by Asia Cup bronze medal captain Sami Whitcomb and Melbourne Boomers star Cayla George, with Europe-based Opals Bec Allen and Marianna Tolo having also made the side.

Maddy Rocci and Shyla Heal will make their senior Opals debuts after impressing at the training camp during the week, both having had great starts to the 2022 WNBL season for the Southside Flyers and Sydney Uni Flames respectively.

“It’s extremely special, being around teammates like Sami Whitcomb you learn so much, her leadership is crazy good, you learn heaps from the veteran players”, Heal said.

After naming the16 player squadthat would go to the training camp that took place this week, Brondello said that it was a hard decision to choose a final 12 players for the qualifiers.

"It’s still very fluid but we’ve got a good mixture of veteran players, the core group who were in Tokyo but we also have some new faces as well so we’re excited to integrate them into the team and start our build-up to the World Cup."

After the Opals' Tokyo 2020 Olympic campaign, Sara Blicavs, Tess Madgen, Alanna Smith and Steph Talbot will return in the green and gold.

A fellow member of the Olympic squad, George said that the squad has great mix of experienced and fresh talent.

“We’ve got a good bunch of experience and some players who haven’t had a whole lot of international games at the senior level so overall it’ll be a nice little combo, a hybrid team to go over and get some dubs” George said.

NBL ROUND WRAP: PERTH DOUBLES UP IN FIRST HALF OF ROUND NINE

Ezi Magbegor injured herself at training on Wednesday afternoon and although she was clear to play, she will err on the side of caution and not travel to the tournament.

After a great start to the season for the Perth Lynx and an impressive campaign at the Asia Cup last year, Darcee Garbin has also cemented herself in the Opals side.

After several injury-interrupted seasons, the return of Kristy Wallace this season in the WNBL has been a story of hard work and resilience and after an impressive season so far with the Southside Flyers she has made the qualifying squad.

“I’m so grateful to be selected as part of this Opals team and honoured to represent Australia for the second time. My basketball journey has been a long one, full of highs and lows so I’m just really happy to be playing consistent basketball again and to have this opportunity. It’s truly incredible,” Wallace said.

The first match of the qualifying tournament for the Opals is on February 10 when they come up against Brazil.