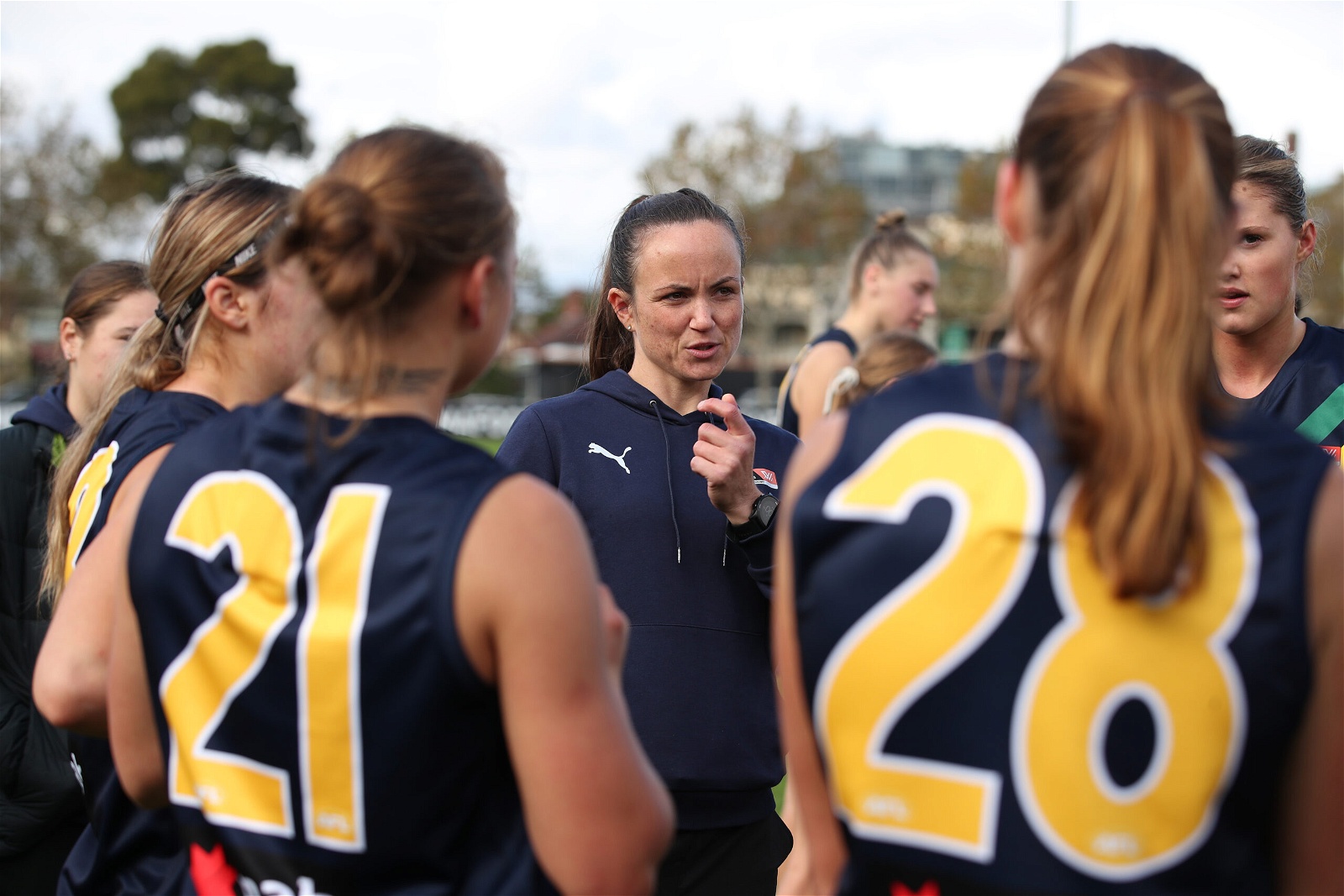 Nine AFL clubs secured positions in the Women Coach Acceleration Program where female coaches will work for their club and receive mentorship.

Nine AFL clubs secured positions in the Women Coach Acceleration Program where female coaches will work for their club and receive mentorship.

Nine AFL clubs have secured positions in the AFL’s Women's Coach Acceleration Program, helping to develop a pathway for more women to coach within the top Australian Rules Football leagues in the country.

The Women’s Coach Acceleration Program is part of the AFL’s ongoing commitment to the development and advancement of women in coaching across the AFL and AFLW. The program is co-funded by the recipients club and the AFL and can usher in a new age of women coaching staff at the highest levels of the game.

The female coaches will be employed by their AFL club for at least two years between now and 2025. They will receive formal mentorship with a senior men’s AFL coach and a minimum Level 3 AFL Coaching Accreditation. Emerging coaches will also importantly have direct access to AFL coaching environments, including the match day coaching box, game planning sessions and match committee meetings.

The following nine clubs were awarded positions in the program:

Decorated AFLW player and recipient Chelsea Randall is excited about working alongside the elite mens program.

“From players through to coaches and staff, the men’s program is full of highly talented and motivated people and I am genuinely excited about the opportunity to work with them,” Randall told Adelaide Football Club Media.

“I want to continue to grow and learn as much as possible in all facets of coaching, while using my experiences to add value in any way I can. There is strong alignment across all areas of the Club and we are building towards sustained success.”

KEEPING GIRLS IN SPORT: ADDRESSING THE DECLINE IN GIRLS’ PARTICIPATION

“Pleasingly, all nine senior AFL coaches were not only in attendance, but genuinely spoke about their desire to have women coaching in their AFL programs,” Livingstone said.

"Today's announcement is a major step towards the AFL's Women's Football Vision 2021-2030, where we want to see 50 per cent of AFLW senior coaching positions are held by women.

"In Season Seven, Bec Goddard, Natalie Wood and Lauren Arnell will all hold senior coaching roles. More than half of the coaches selected in the Women's Coach Acceleration program are past or current AFLW players and with each season we will have more women with experience of playing at the elite level who are ready to transition into coaching and football roles.

"The Women's Coach Acceleration program will expedite the development of the industry's best women coaches and increase the number of women in coaching roles across men's and women's programs."

The Woman’s Senior Coach Acceleration Steering Committee which will oversee the program includes: