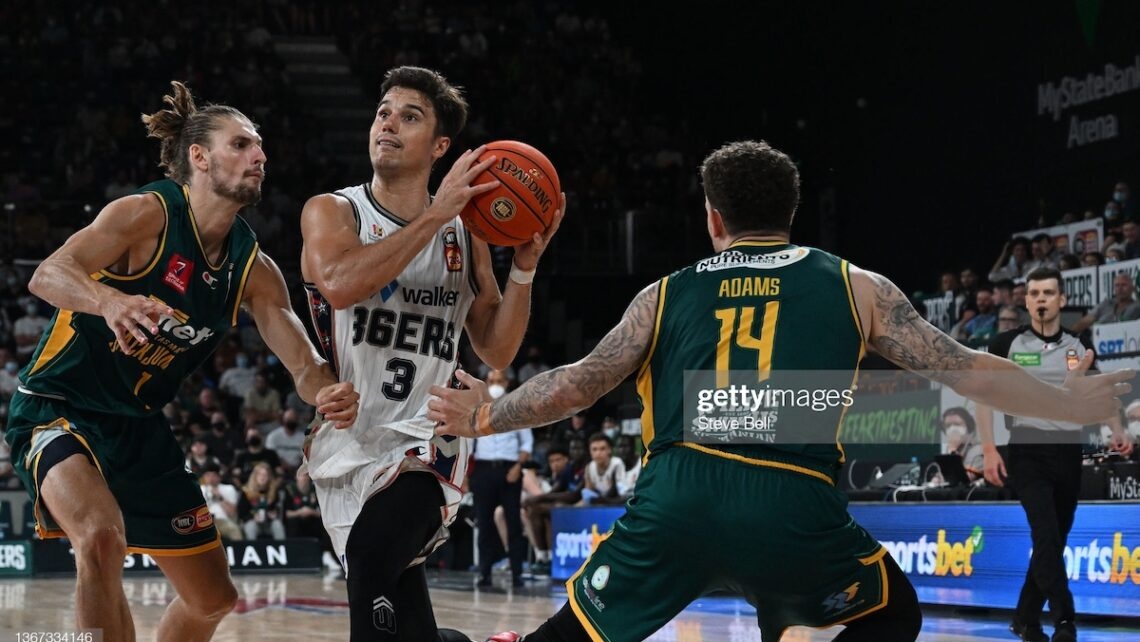 NBL Round Wrap: Perth doubles up in first half of Round Nine

Round Nine action in the NBL tipped off on Thursday night and continued with thrilling results on Friday and Saturday nights.

NBL Round Wrap: Perth doubles up in first half of Round Nine

Round Nine action in the NBL tipped off on Thursday night and continued with thrilling results on Friday and Saturday nights.

Round Nine action in the NBL tipped off on Thursday night and continued with thrilling results on Friday and Saturday nights. The round continues tomorrow with a triple-header, but before a super Sunday, let's look at the first half of Round Nine.

The Perth Wildcats doubled up on their wins over the Illawarra Hawks, going two-from-two against the home side this week, however, the Hawks hit back with a win over the Cairns Taipans on Saturday.

In the final game of Saturday's fixtures, the South East Melbourne Phoenix extended its winning streak to three off the back of a defensive masterclass against the Brisbane Bullets.

Back-to-back wins for Wildcats over Hawks

To open Round Nine, the Perth Wildcats defeated the Illawarra Hawks for the second time in a week, with a 94-80 victory.

The Wildcats remain near the top of the ladder and while they’ll now be away from home indefinitely due to border closures, they continue to take it in their stride and impress as a championship contender.

While the slow start struggles continued during the first half, the Wildcats were able to turn it around in the opening quarter and again in the second after the Hawks had opened up a 10 point lead.

A strong finish helped the Wildcats secure the 14 point win, their seventh for the season.

Bryce Cotton and Vic Law led the way once again for the Wildcats, with 28 and 24 points, respectively. The latter also collected eight rebounds.

Todd Blanchfield was another key contributor, putting up 14 points.

For the Hawks, Antonius Cleveland (22 points, seven rebounds, three steals, three blocks) was best. Justinian Jessup (17 points) and Tyler Harvey (16 points) also had good outings for the side that is still 5-4 for the season.

Travelling to Hobart, the Adelaide 36ers led for most of the night, but the Tasmania JackJumpers finished stronger to leap the Sixers with a 24-12 final quarter for a 76-71 win.

It’s the JackJumpers third win for the season and lifted the side above their opponents on the ladder.

JackJumpers’ coach Scott Roth was particularly pumped with the final quarter push for the win at home.

Down two men in Isaac Humphries and Mitch McCarron, the Sixers had a strong start led by Dusty Hannahs 11 point opening term and held the lead at every break.

However, despite a 69-67 lead with 3:30 left in the game, after a Sunday Dech three, Adelaide was leapt by Tasmania, a 9-2 run gave the home team a winning five-point advantage.

The Josh’s had important games for the JackJumpers, Adams had 24 points, five assists, four rebounds and four steals, and Magette put up 16 points, had seven assists, six rebounds and five steals.

While it didn’t end with a win, Dusty Hannahs return to form will still please 36ers fans, he scored 22 points. Cam Bairstow had another double-double with 11 points and an incredible 17 rebounds.

AN AMERICAN’S LOVE FOR AUSTRALIAN BASKETBALL

NBL ROUND WRAP: TIDE IS RISING FOR CREEK IN ROUND EIGHT

Hawks swoop to run over the top of the Taipans

The high-flying Illawarra Hawks jumped out to a strong start, putting 23 points up in the first quarter. The Taipans kept in touch, tying the second term to go into halftime just three points down.

But trouble was starting to emerge, as Taj McCall had picked up early fouls and was on the brink, and Majok Deng was shooting poorly. Both those would come back to bite the Hawks, as McCall fouled out in the fourth quarter, and Deng finished 3-16 (0-8 3P).

Meanwhile, Tyler Harvey was back to his destructive best for the Hawks, with a game high 24 points, and a game high plus/minus of 26. Justinian Jessup and Sam Froling both recorded double-doubles as the Hawks clicked into gear.

After the game, Hawks coach Brian Goorjian lauded his team's ability to unlock the Taipans' defence later in the game.

"I thought as the game went on, we started to work it out and get good shots with ball movement," Goorjian said.

"I thought that was the most difficult thing - was us getting a good shot against their pressure and then defending their on-ball roll-outs with Pinder and Simmerman.

"We tightened up the [defence] and we got good shots against their pressure and that's not easy to do."

"He really took control and sort put it on his back to get us home tonight and a tough one definitely.

"We invested in him because we believe him, and this league is tough, you're tough, and he's going to get targeted, and you're going to have some highs and lows through the process of this, and he's dealing."

"Tonight he shot the ball, and we got him a little bit more rest.

"He's a very very good player and a very good team and he's going to finish up having a great season for us on the team front."

Taipans coach Adam Forde was disappointed with his team's effort but could see the defensive improvements on a team that has been ravaged by Covid-19 this season.

"The break hasn't been good for us, and we've regressed and it's disappointing now that things will start to creep in after you lose.

"Even though it is a small sample size, one of the things that we could control was the defensive end.

"Before tonight we were second, and that's saying something considering the amount of turnovers we give up, which generates fast break points, which is still one of the best possessions you can get in the game."

The Hawks take on the New Zealand Breakers next, while the Taipans will visit the Brisbane Bullets in hopes of arresting a three game losing streak.

Both the Brisbane Bullets and South East Melbourne Phoenix shot out of the blocks in a frantic first quarter at Nissan Arena, with the visitors leading 29-26 at the first scheduled change. However, the Phoenix were able to tighten their defence in the second quarter, extending their lead to 21 points at the main break.

The home side came out of the rooms firing after halftime, cutting the deficit to 14 points going into the final quarter, but the Phoenix's defensive unit was strong, keeping the Bullets to just seven points in the final 10 minutes, as they ran away with their third victory in a row.

Mitch Creek had 20 points within the first half - finishing with 22 for the game -, shooting 69 per cent from across the court. The marquee player began to make a statement early on in the first quarter, with the Phoenix down early, hitting two triples within 30 seconds and a field goal that brought the side back to within a point as he continued that momentum in being the destroyer throughout the half.

Lamar Patterson was the lone hand for the Bullets, netting 26 points - the next-highest points-scorer was Nathan Sobey with nine. Paterson got the first points of the game - a three pointer - and tried to keep his side in the contest as much as possible across the full 40 minutes but without much support, and a strong defence against them, the Bullets weren't able to match the might on all ends of the floor.

After the game, South East Melbourne coach Simon Mitchell lauded Creek's efforts, but that of his whole team to play such a well-rounded game against a fellow top-five side.

"I think both Glizza (Cam Gliddon) and Creeky (Mitch Creek), this is a game where... there was a little bit of personal pride involved... and both those players had the guys revved up and ready to go. Their leadership's really key for us and they both lead wonderfully from the front tonight," he said.

First-year Phoenix captain Kyle Adnam praised the side's defensive efforts and what they've been talking about so far this season in wanting to become a franchise that builds much of their foundation on a good defence.

"We want that (defence) to be what we hang our hats on. We'd love to be the best defensive team in the competition. We've got things to improve on to get there, for sure, but tonight was a great start, the last two games have been building towards being a great defensive team. We feel like if we can rebound the ball and force the turnovers... that's a big part about what we're trying to do as a group," Adnam said.

"Just being up for the battle, that's something that we speak about quite often is, hitting hard and boxing out and coming up with the loose ball, they're the little things that start a great defensive team and the last few games we've been starting to build on that."

In defeat, Brisbane coach James Duncan identified the areas of the game he was most disappointed in, realising the ways in which the team can respond and not repeat tonight's efforts, in the upcoming fixtures.

The Brisbane Bullets are set to take on the Adelaide 36ers away on Thursday night, whereas the South East Melbourne Phoenix return home and host the Perth Wildcats.