Morbius lacks the sense of fun needed to turn an unknown character, played by an unpopular actor into a hit 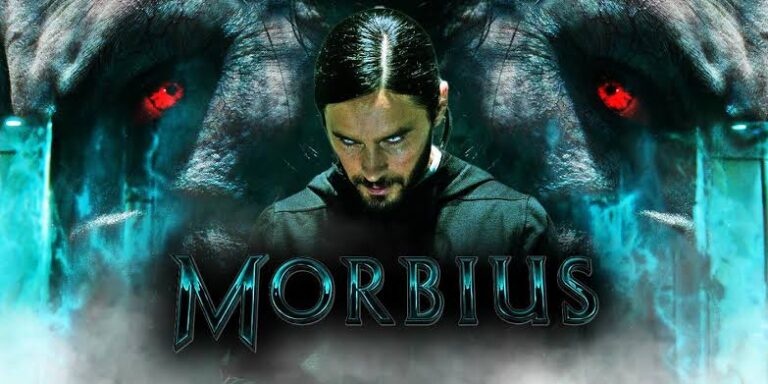 The latest offering from the pages of Marvel’s back catalogue,Morbiusis a movie that is both too serious to be enjoyable and not good enough to be taken seriously.

In defence of director Daniel Espinosa, the character is not suited to be the lead in any story. The film is hampered by unavoidable comparisons to better headline acts that it does little to avoid.

“You wouldn’t like me when I’m hungry,” was a baffling line that felt like a clumsy attempt to draw comparisons to The Hulk. If it was an intentional nod to the great green one’sfamous catchphraseit fell flat. If it was not, it left the audience confused.

The film tells the story of Dr Michael Morbius. A brilliant doctor with a rare, incurable blood disease.

In an attempt to find a breakthrough he combines his DNA with that of a bat. A breed that he says survives solely on blood.

As a result, he turns himself into a living vampire. With all the powers of a fictional species of bat.

The movie is too rushed in the opening stages to explain any of this. Extensive world-building can be the bane of many superhero or fantasy films, but Morbius makes no effort to set the scene.

The world resembles ours, but there are hints of being in a Spider-verse. There are references to The Daily Bugle, and suggestions of the events in Venom, however, everybody is all too comfortable with the appearance of an actual day-walking vampire in the city. People were more scared in Tim Burton’sBatman[1989]

A famous actor, but not a leading man

A story about a frail being who has super abilities suddenly thrust upon them has worked in the past. Captain America or Spiderman come immediately to mind. However, both of those characters were immediately sympathetic and played by charismatic actors.

As Morbius, Jared Leto is miscast. He is better suited to the more villainous side of the character but leaves the audience cold as the hero.

Leto is a famous actor, but not a leading man. And the film lacks the sense of awareness that let Tom Hardy unleash his inner cartoon as Venom.

The film’s best components are the detective pair investigating the string of violent incidences.

Tyrese Gibson [Fast & Fuirous] and Al Madrigal are a classic mismatched partnership. The film would have been improved by being told from their perspective.

However, they completely disappear from the film and play little part after establishing that there is more than one living vampire in the city.

That other vampire is played by Matt Smith [DrWho, The Crown.] a childhood friend and financier of Morbius who wants to embrace his newfound monsterism.

As an independent character, he works and Smith is suitable creepy. But the film does nothing to explain why he suddenly hates Morbius despite decades of brotherly kinship.

Espinosa has some visual innovations that work well. The depiction of Morbius’ echo-location is excellent and relatively new.  But these moments are few and far between and bogged down by a plot that moves too quickly yet feels ponderous.

The special effects work in fleeting moments but look silly when the camera lingers on their faces. this is most obvious with the sub-Buffyappearance of Morbius and his antagonist.

The film loosely connects to the main MCU but instead of energising the film in the way the benchmark series post-credits stinger can, it just further confuses things.

In an honest twitter Q and A, Espinosa did his best to explain the plot threads but this does nothing to help the film.

What Sony has is an unfamiliar character with traits similar to better-known ones. Leto is an actor with limited public appeal and is as ill-suited to this franchise as he was inSuicide Squad.

Morbius is a movie that feels more suited to a B-plot in another character’s story. Blade would be the obvious choice, although the vampire hunter is likely to join the MCU.

Sony seems to be building towards a Sinister Six type of film as they combine their villains such as Venom and The Vulture, but with too many offerings like this, audiences may quickly lose interest.