Will Barbie be Margot Robbie's best moment on skates?

While her newest film might remains an exciting mystery, Barbie will see Margot Robbie on skates again. From what we have seen before, that is something to look forward to. 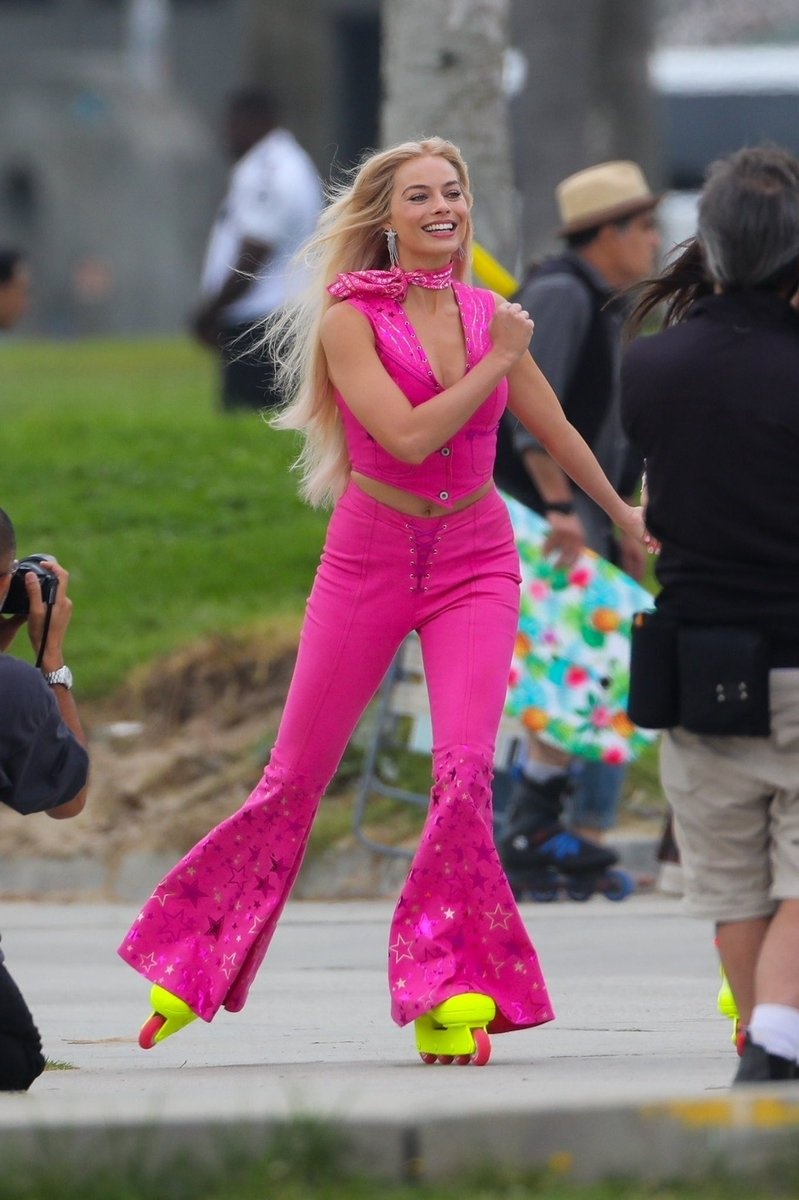 Anticipation is growing over the upcoming Barbie movie. After initially being conceived as an Amy Schumer vehicle, the film was recast for Margot Robbie and Greta Gerwig was attached to direct and write.

The visionary behind the acclaimed Lady Bird, and the brilliant re-imaging of Little Women is accustomed to bringing an original take to a familiar property. Hopes are high for Barbie, from a creative and commercial perspective.

Images have started to leak, and inside sources say that the film is impressive. But what has gotten the internet most excited is that Margot Robbie will be on skates again.

Edge of The Crowd looks back at the Australian stars career and ranks her skating.

The biopic of controversial figure skater Tonya Harding was a film that solidified Robbie’s star power. She had a breakout role in The Wolf of Wall Street, and developed a signature character in Suicide Squad. But this was a film that depended entirely on her performance, and ability to draw an audience.

Robbie took no chances in preparing for the role. She enlisted the help of Olympic figure skater, Tina Wang. Private lessons were arranged in Queensland. Robbie not only had to look convincing on skates, but she had to look like one of the best in the sports history.

The pair met through a chance encounter when Robbie was back home for her wedding, and began visiting the rink to start practicing for the film.

Although visual effects were used to depict Harding’s famous triple axels, much of the skating is done by Robbie. By principal photography, she was able to recreate some of Harding’s complete routines for camera.

It came at a cost. Robbie suffered a herniated disc in her neck during training. A week into shooting, her arms became numb. She had to add weight and muscle to be able to perform the routines safely and successfully.

The effort and tutelage paid off. Margot Robbie earned her first Oscar nomination for the role. More importantly, it proved that she could open a movie, and carry it.

The film was a critical success and made over $50 million dollars on an $11 million budget.

I, Tonya has a high degree of difficulty. Margot Robbie nails the presentation, and the landing.

As Harley Quinn, she switched the ice rink for the roller derby. It was Harley’s way of channelling her aggression and anger. Later in the film, Harley Quinn’s skill on skates formed part of a very entertaining ending, featuring a fight in a funhouse, a car chase and a super-powered boost.

Robbie herself wanted to include a roller derby scene. She was inspired by an edition of the New 52 comic. She soon regretted the decision to learn such a physical sport from seasoned professionals.

“I definitely underestimated how hard it would be,” she said on the film’s special features.

“I thought, ‘Oh I’ve done I Tonya, I’ve done a lot of ice skating. Throw some wheels on and it’ll be the same thing."

The scene is terrific and convincing. It is fast, violent, and funny. For the fight scene on the track, even the star that committed to becoming an on-screen Olympian had to step aside for stunt double Renae Moneymaker.

“Doing a fight scene is difficult in its own right,” said Moneymaker. “Then you put roller-skates on your feet, and it changes everything.

“Margot is so good on the skates, that anything short of those bigger double gags, she was able to do just fine.”

Birds of Prey earns points for transition, Interpretation of music, and skating skills. But the judging panel has it behind I Tonya.

This movie could be anything. It could be the next Lego movie, a subversive analysis of its own existence. It could be a fun adventure comedy. All we know for sure is that Margot Robbie is skating in it, and Margot Robbie has never been better prepared to skate in a film.

She has mastered two types of skating over two genres. This will no doubt be less challenging, but could be just as promising.

The images that have been released so far have been bright and colourful. It will co-star Ryan Gosling, Simu Liu, America Ferrera, and Kate Mckinnon to name a few. Greta Gerwig is directing and Noah Baumbach [Marriage Story] is on screenwriting duty.

The release date is nearing. Soon the way will come when cinema audiences can sit and watch Margot Robbie on skates once again.