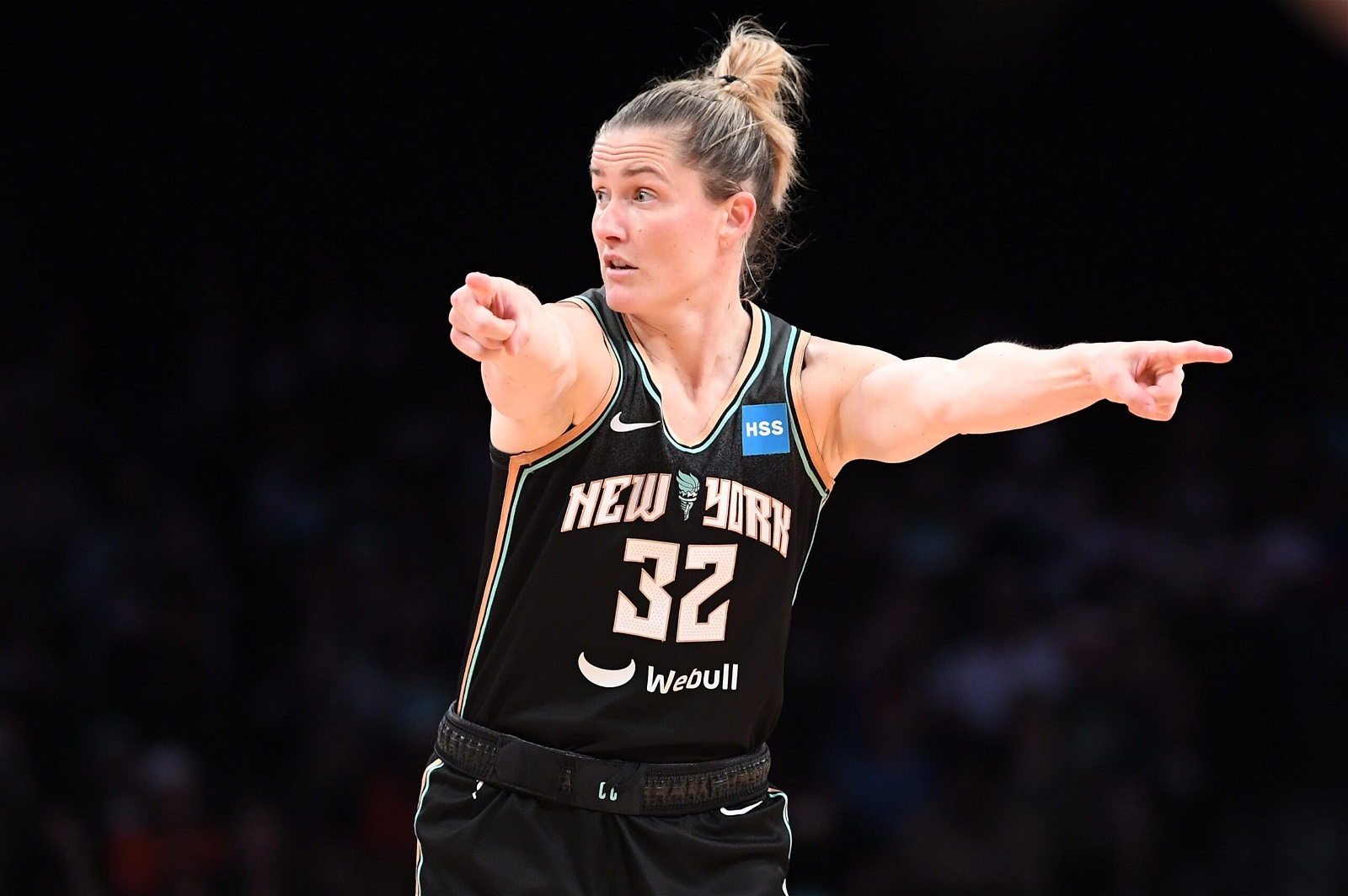 Keeping up with the Aussies in the WNBA: Week 4 Edition

Keeping up with the Aussies in the WNBA: Week 4 Edition

This week is a new field of a grand total of seven Aussies suiting up for the WNBA. Even with the number being less than the previous weeks, it was still as entertaining as ever. Here is your Week 4 update from the States!

Kristy Wallace: What can I say about Kristy Wallace that I have yet to say. She is an absolute star. A game changer for this Atlanta Dream team. Who expected this? Well, I did but that's beside the point. She's completely solidified her role in the starting lineup and continues to prove her worth there each and every game.

Remember last week, when Kristy smashed her career high with 17 points against the Phoenix Mercury? Well take that and put it aside. In the very next game against the Minnesota Lynx on June 1, she reset her career-high with 18 points. She drained a career high five three pointers while going 83% from beyond the arc. She also added three rebounds, two steals, and a block in the 84-76 win.

In the next two games, a loss to the Chicago Sky on June 3 and a win against the Indiana Fever on June 5, she simmered down a bit in scoring only recording five and six points, respectively. She did show up on the rest of the court with three rebounds in both games, four assists against Chicago, and three assists against Indiana as well as two steals.

Amy Atwell: Atwell did not appear in the two games against the Dallas Wings and Phoenix Mercury.

Liz Cambage: Liz continues to be the dominant force in the front court that everyone has come to know. Although one of her game's stats weren't what fans would expect, she was still disruptive.

On May 31, the Sparks hosted the Wings who are on a tear in the West. Cambage had what I would say her best game of the season thus far. She did everything that was expected of her and more. She scored 19 points on 70% shooting from the field along with eight rebounds and four blocks.

The stat that stands out the most in that game was her assists total. In the modern game, post players are beginning to develop a passing game to add to their repertoire. Liz dished out six assists on the night to help the Sparks come out with a 93-91 win over the Wings.

On June 5th, LA travelled east to Phoenix to take on the Mercury. The Mercury were without star center Tina Charles due to a shoulder injury so they had to rely on a smaller lineup. Naturally, you'd expect Liz to be one of the focal points on offence with a priority to get the ball to her at least once during a play.

That turned into Cambage only scoring eight points but she did grab six rebounds and had two blocks. Sure, Mercury power forward Brianna Turner was playing suffering defence on her but she also wasn't having an off shooting night. She drained 60% of her shots.

The eyebrow raising part of this whole game is that she only played for 13 minutes. Before you ask, no, she was not in any foul trouble. She drew a grand total of zero fouls. Why did she sit for so long when her average floor time on the season is in the mid-20s? I guess we'll never know.

KEEPING UP WITH THE AUSSIES IN THE WNBA: WEEK 3 EDITION

Rebecca Allen: SpidaAllen, SpidaAllen! She does everything that a SpidaAllen does! Bec brought her A-game in Week 4 and it was a sight to see. It is no secret that the Liberty have been struggling this season. But Allen had two outbursts of scoring in two of the three games that both resulted in a W.

The first came on June 1 in a win against Indiana. To say Bec was on fire is an understatement. She scored 17 points on a stellar 50% shooting from the field. She also tallied five rebounds and three assists. She brought energy to her team as the second-leading scorer in that game behind Sabrina Ionescu and was one of four in the starting lineup to score in double-digits on the way to the W.

On June 3, the Liberty found themselves in an extremely close game away against the Washington Mystics. They came out with a 74-70 win but that was not without the help of Bec. Although she only scored 11 points, she was in played an all-around game that featured five rebounds, two assists, and two steals.

What doesn't show up on the stat sheet was her defence. She made it pretty much impossible to squeeze passes into the post with so many deflections. The momentum swung towards the Liberty and ended with a win in their favour.

Finally, the Liberty hosted the Lynx in a tight grudge match on June 5. Allen didn't display her usual skillset in that game. She was held to tight defence primarily from Aerial Powers, who was also Bec's defensive matchup. Bec scored two points on 14% shooting, grabbed three rebounds, and dished out an assists.

Sami Whitcomb: Sami is still struggling to find her scoring groove since the opening game where she drained 15 points.

On June 3, she had a pretty decent outing against the Mystics. She scored nine points on 50% shooting from beyond the arc, grabbed three rebounds, a steal, and a block.

Ezi Magbegor: After missing three games due to Covid, Ezi returned to the starting lineup for the second of the Storm's two games in week 4. By the way she played in the June 5 loss to the Connecticut Sun, you wouldn't think she missed a beat.

Ezi scored the Storm's first eight points of the game through wide-open layups and a jumper. She shots 62% from the floor which included one three pointer. She thrived against a tough defender in Alyssa Thomas and made her pay. She finished with 19 points, seven rebounds, three assists, two steals, and three blocks in 29 minutes. Click the video to see Ezi's highlights for yourself courtesy of the WNBA!

Stephanie Talbot: Talbot returned one game ahead of Ezi from Covid protocols on June 3 against Dallas. She had a fairly quiet night with only one rebound and one block to her name. Against Connecticut, she had another quiet game. She did score and added more to the stat sheet. She finished with five points, three rebounds, and two assists in the loss.

It was truly a hectic week for the Aussies in the WNBA. From returning from Covid, to finally getting some wins, to career games, the women from Down Under gave it their all.