House of the Dragon's choices about realism are worrying

A fantasy world does not need the "historical accuracy" of sexual assault. 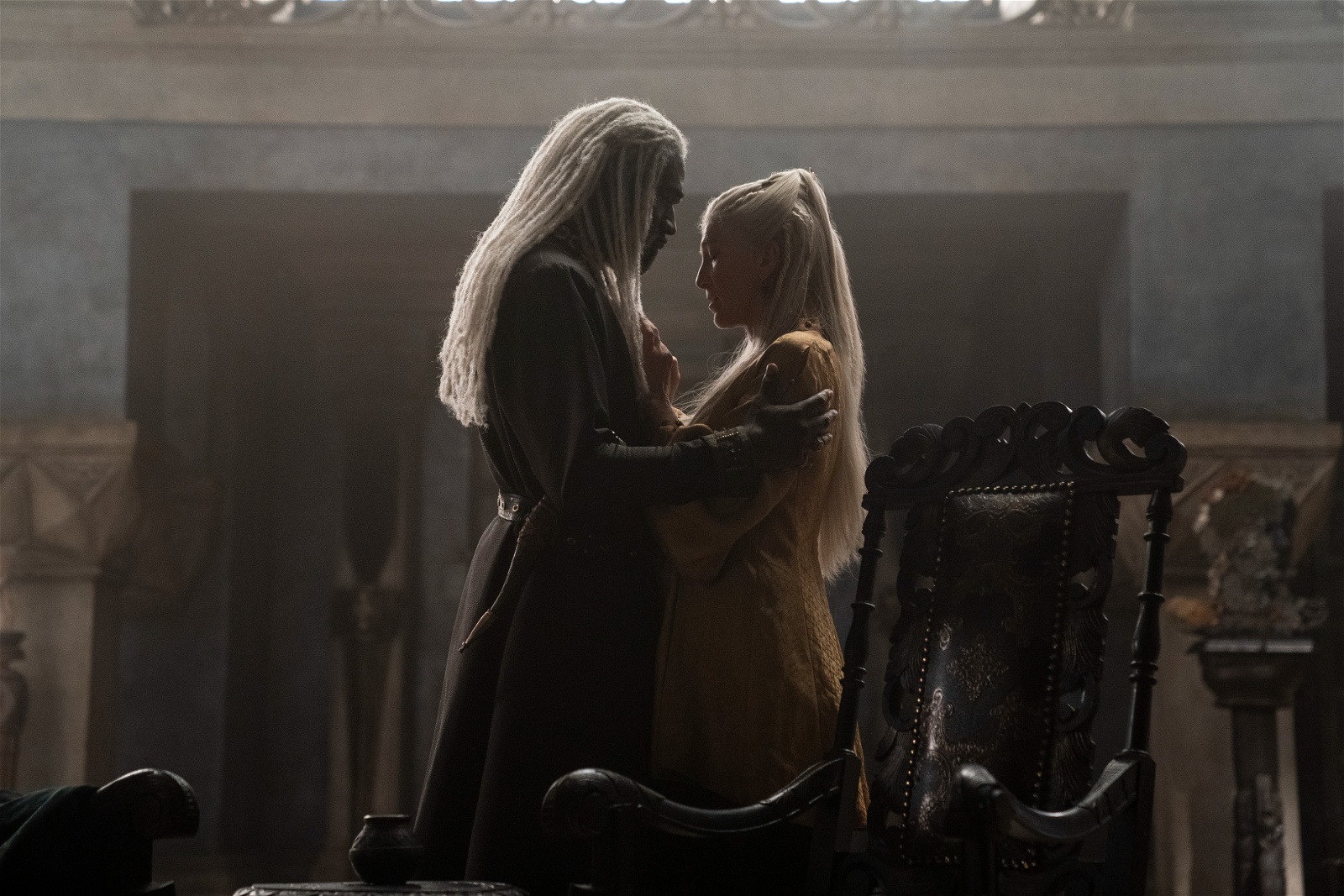 The Game of Thrones spinoff House of the Dragon is nearly upon us. Excitement is building for a return to the world that 44 million people In 173 countries tuned into compulsively.

Hopes for the series are high, but in an interview with The Hollywood Reporter, showrunner Miguel Sapochnik said something that has caused concern and frustration for some fans.

TW: This article contains discussions of sexual assault on screen.

Sapochnik says that the new series will “pull back” on the amount of consensual sex depicted on screen. This is not surprising as the original series did the same in later seasons. However, violence against women is still very much a part of the world.

Sapochnik says that they will approach the topic of sexual assault “carefully, thoughtfully [and] we don’t shy away from it.”

“If anything we’re going to shine a light on that aspect.

“You can’t ignore the violence that was perpetrated on women by men in that time.

These statements sound good on the surface, however they raise the question, in what time?

More importantly, what is gained by graphic depictions of sexual violence, and is it good filmmaking?

House of the Dragon may be inspired by the Middle Ages, but the time that Sapochnik refers to, did not actually exist. Game of Thrones could just as easily be set on another planet like Dune, or in the distant but feudal future like Star Wars and it would make no difference to the plot or characters.

Westeros is a world populated by witches, dragons, legions of castrated super soldiers and ice-zombie hordes that can be defeated through the power of an amazing anti-climax.

Suspension of disbelief is as important to enjoying the show as it is Harry Potter. It may resemble a real time and place, but it is not beholden to any historical accuracy.

By the showrunner’s logic, every single film or story aimed at adults should include sexual violence against women as a reflection of the time. It is an issue that devastates in all eras of human history. Most works of fiction that are not specifically about the issue, do not include it.

Not because it is not an important issue, but because it is unnecessary to show in graphic (sometimes full length) detail in most stories. It insults the intelligence of viewers who can infer events from dialogue or plot.

Audiences do not need graphic depictions

Showing this on screen is insensitive to survivors of sexual assault and may impair their enjoyment of the show.

Women do not need to be reminded by a fantasy show that sexual violence exists. It is not clear whose enjoyment this content is intended for.

It may not be glorifying sexual assault, but it is taking an unnecessary risk with the audience’s mental health. House of the Dragon, like Game of Thrones before it, is using the act as a source of action and drama, and it is dangerous to wield these themes for entertainment.

The notion that Westeros is based on a real period in history and therefore must contain every kind of brutality is more nonsensical when compared to other fantasy epics.

The Lord of The Rings was one of the highest grossing film series of all time. It was set in a fantasy world that also has a strong resemblance to Europe during World War Two.

The real life events that J.R.R Tolkien drew inspiration from obviously contained acts of rape and assault. However, these incidences were not needed to tell Tolkien's classic story. These books and films lost nothing by this narrative choice.

Mad Max: Fury Road, is a movie specifically about sexual slavery. It is possibly the least subtle modern movie made about the bodily autonomy of women. Yet never is an act shown on screen that could be traumatic for viewers.

It is heavily inferred in the plot and dialogue, and the main cast repeatedly proclaim, “we are not things!” that is all it takes. Any intelligent audience can understand the events and stakes without being shown what The Wives endured in brutal detail.

If it is to be shown on screen, one would hope that the directors of Dragon have enough ability and class to avoid gratuity. In the hands of a skilled filmmaker anything can be depicted without being explicitly shown, but the track record of Game of Thrones makes this unlikely. It was a show that valued confronting or shocking images over suggestion or subtext.

Elia Kazan’s classic film A Streetcar Named Desire features an off-screen sexual assault of Blanche by Stanley. It is never shown, not even specifically mentioned. The audiences understand the dynamic of the characters through the performances before and after the event.

Unlike Game of Thrones, this is an essential and pivotal plot point. But Kazan respects his audience and trusts his own storytelling ability not to show it.

Even films that specifically deal with rape culture such as Promising Young Woman have no need to actually show any attacks or assaults on screen. The impact of the story is not diminished at all.

This is a decision of writing, directing and editing. You either want to show it, or realize that you do not need to.

There are exceptions. Series like The Great, or films like The Last Duel approach the topic of abuse in different ways. However, unlike Dragon, these are stories that interpret real people and events. They are not inspired by a time in history but portraying one.

House of the Dragon is not beholden to any reality, no matter how much they pretend it is. They can leave out anything that they wish. They simply choose to include some scenes and content because they think it makes good television.

Realism but not total accuracy

There is no entertainment value in showing rape on screen in a fantasy series, no matter how sensitively they think they are approaching it.

More than that, it shows a lack of vision. If you have a world where almost anything is possible, why choose this?

It adds nothing to the show and may force some viewers to relive or be reminded of a very traumatic moment.

It limits the potential audience and distracts from the other aspects of the production.

Of course, the same could be said of the violence. Admittedly if your husband's head had been crushed by a man mountain during trial by combat, a scene depicting that would be triggering.

But, it is safe to assume that those who have experienced violence similar to that shown in the series number fewer than real world victims of sexual assault. The impact is not the same in the number of people or the potential toll on an actual survivor.

Grand battles and horrific deaths are part of the genre, almost by definition. Sexual violence does not need to be.

The notion that it is a realistic portrayal of the time (that did not exist) only raises more questions.

Will the show feature body lice, dysentery and almost every human existing in a state of perpetual filth?

The likelihood is that they will not. Ignoring these realities of medieval life makes sense. It does not make good television. It is concerning that the creators do not apply this thinking to sexual assault.

They have drawn a line somewhere and decided what is worth watching. They have committed to reduce the amount of consensual sex on screen but remaining committed to showing non consensual acts. This decision is perplexing, as though the showrunners find one act less offensive or more entertaining than the other.

Nobody will know what House of the Dragon will contain until we see it. But in The Hollywood Reporter, Sapochnik has suggested that it will contain images of sexual assault and mothers dying in childbirth.

“In medieval times, giving birth was violence,” Sapochnik said to The Hollywood Reporter.

“We have a number of births in the show and decided to give them different themes and explore them from different perspectives in the same way I did for a bunch of battles in Thrones.”

Somewhere along the line, the decision has been made that this is what people want to see.

This needs to be re-examined.

If not, House of the Dragon may be essential viewing for some, but for many others it could be barely watchable.

If you need support call Lifeline on 131 114, or The National Sexual Assault, Family and Domestic Violence Counselling Line on 1800 737 732.