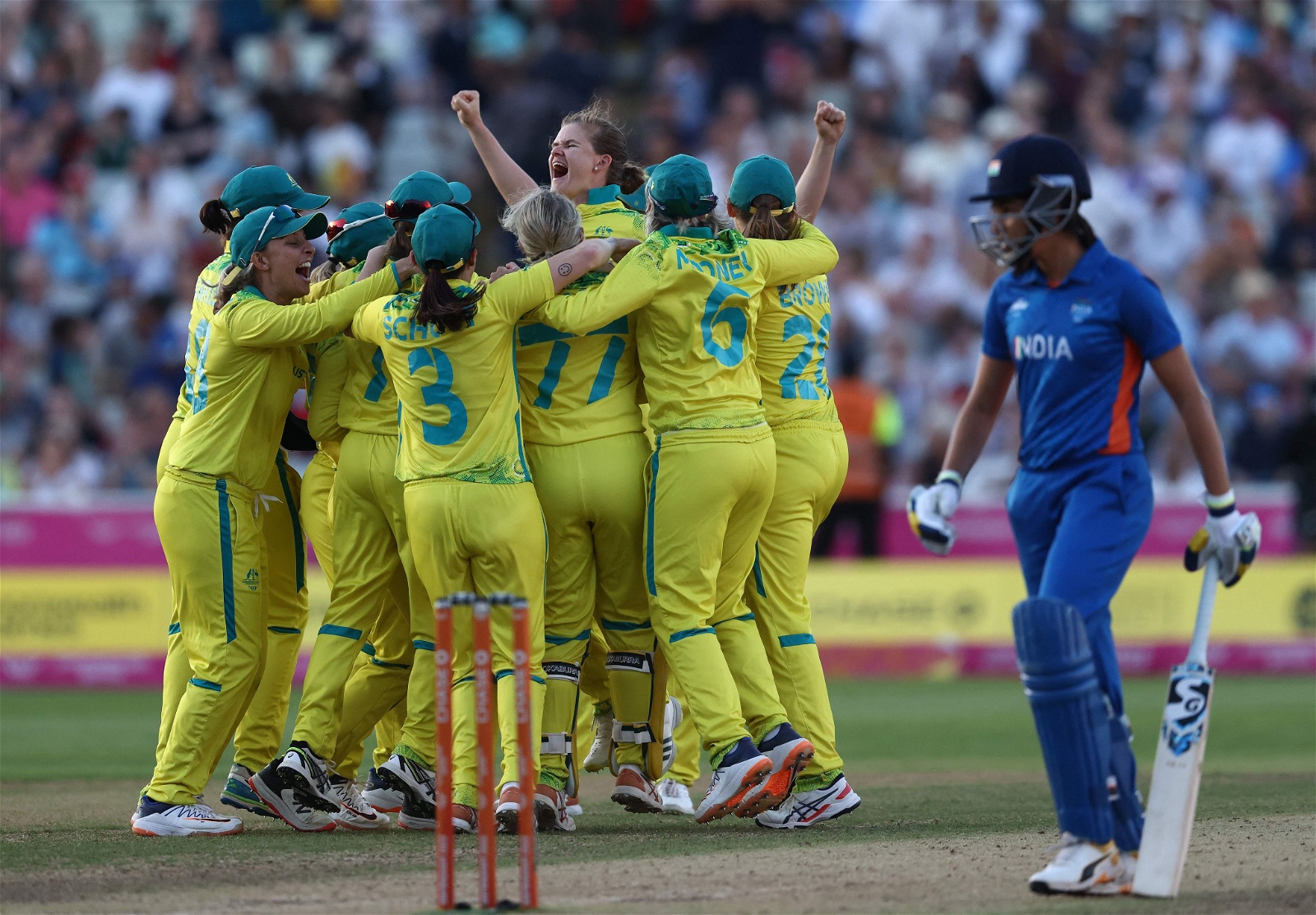 History made on golden Day 10 for Australia in Birmingham

A haul of seven gold medals on Day 10 in Birmingham has seen Australia become the first country to reach 1000 Commonwealth Games' gold.

History made on golden Day 10 for Australia in Birmingham

A haul of seven gold medals on Day 10 in Birmingham has seen Australia become the first country to reach 1000 Commonwealth Games' gold.

Plenty of eyes were on Australia on Day 10 of the Birmingham Games, as the nation fought for the final medals required to reach 1000 Commonwealth Games’ golds.

It was the Australian Diamonds, playing the Jamaican Sunshine Girls in their first netball gold medal match, that would achieve the historic feat. Australia came away with a strong win, redemption for their loss at home four years ago.

Australia started out the penultimate day of competition with 59 golds, needing seven to reach the magic 1000.

There were numerous opportunities, but ultimately success in athletics, beach volleyball, cricket, cycling, diving and netball took Australia to the milestone.

Australia throw big for a one, two finish

Kelsey-Lee Barber stood up in the final throw of the women’s javelin to secure a gold medal, taking it from teammate Mackenzie Little, who threw two personal bests in the Commonwealth Games final.

Little set herself up nicely going into the final throw, having opened with a personal best and topping it again with her fifth throw.

However, the champion, Barber, pulled the crowd behind her as she always does and threw an incredible final effort of 64.43 to take gold off Little.

Little had one more attempt, but failed to make the distance, settling for silver.

Bol-ters home for silver and other athletic medals

Peter Bol gave it absolutely everything in the final stretch of the men’s 800m, but ultimately came up short to Kenya’s Wyclife Kinyamal, taking home silver.

Bol was closing in on the race leader as the race reached the straight, but the Kenyan held on to become the first runner to win consecutive 800m races at the Commonwealth Games.

Tingay was given a couple of warnings after he made a move with 3,000m to go, but the Australian adjusted his race plan, slowed a little, and was very pleased to come away with a medal.

Australia had another silver medallist when Brooke Buschkuehl jumped for second place in the women’s long jump.

With three Australians in the field, there was plenty of excitement for the women’s 1500m final, and it was Abbey Caldwell on the podium at the medal ceremony, with the young runner in disbelief.

Coming into the final 100 metres, the Australian’s Linden Hall and Caldwell were in the small group behind the clear gold and silver medallists. Hall made a move up the inside, but went too early as Caldwell came on the outside and went through for bronze.

Baker makes it three thanks to team racing

In a team-first performance, Australia’s rising star of cycling, Georgia Baker, has won her third gold of the games. Sarah Roy joined her on the podium for bronze in the women’s road race.

Baker was not Australia’s protected rider going into the race, and the team changed the plan on the fly with about 20km to go.

The Australian’s shut down attempted breakaway efforts by the English and kept it tight before a bunch finish saw the Aussie fly through.

Alexandra Manly went across the line in 23rd, Ruby Roseman-Gannon a few further back in 29th, with Grace Brown (33rd) and Brodie Champan (35th) following.

In the men’s road race, Lucas Plapp was overtaken in the sprint finish to come sixth, Miles Scotson passed the line 16th, with Luke Durbridge 46th and Sam Fox 48th rounding out the Aussies in the field.

Rousseau and Keeney double the gold in diving

Cassiel Rousseau has completed a spectacular day of diving to take home gold in the men’s 10m platform, after qualifying first and earning the first 10 of the Games with his final dive.

Sam Fricker initially missed out on qualifying for the top 12 in the same event. A particularly poor third dive that saw scores of 2.0, and one 3.0, pushing him down to 13th place. However, the withdrawal of England’s Matthew Dixon gave Fricker another shot in the final. He finished 10th.

This result was followed up by Madison Keeney, winning Australia’s third diving gold of the competition in the 3m springboard.

Golden finish under the sun for McHugh and Burnett

After dropping the opening set 17-21, the Australian team came back to reverse the scoreline and take it to a third.

While hot temperatures on the sand are generally a given in this sport, the 44 degree sand proved too much for the match referee, who had to be replaced on the stand at 12-12 in the third.

Adding to the drama, as the decider to 15 reached 18-all, before the Australian’s took the advantage and claimed gold.

It wasn’t to be in the women’s final though, as Taliqua Clancy and Mariafe Artacho del Solar could not achieve the same feat, going down to Canada’s formidable duo Sarah Pavan and Melissa Humana-Paredes.

The Canadians then got on a roll and didn’t really look back, forcing a decider with a 21-17 second.

In the third, while Pavan faulted on match-ball at 14-11, Canada claimed gold (15-12) and Australia settled for back-to-back silver.

There was drama for Australia before a ball was bowled, with pressure player Tahlia McGrath returning a positive COVID-19 test. The ICC, Commonwealth Games Federation (RACEG) and match officials all signed off on McGrath’s inclusion in the final XI.

While a range of protocols were in place, McGrath was able to celebrate - masked up - with her team.

Harmanpreet Kaur led India’s chase, but was claimed by Gardner, caught behind. Kaur was one of Gardner’s three wickets.

India reviewed the final wicket, but Jessica Jonassen was awarded the lbw call and Australia the gold.

One of the gold medal chances on Day 10 was the Australian women’s hockey team.

The Hockeyroos came up short, though, against home country England for a 2-1 loss.

After a tight opening quarter, the English scored twice in the second through Holly Hunt and Tess Howard, and took the lead into the main break.

After several chances, Rosie Malone scored for Australia with 20 seconds to go in the final period. It was too little too late, however, as England won its first Commonwealth Games gold medal in hockey and Australia settled for silver.

Kaye Scott has won silver in the women’s light middleweight, after the judge stopped the bout in the second round and awarded her Welsh opponent Rosie Eccles victory.

The teenager from South Australia, Callum Peters, capped off an exciting week at his first Commonwealth Games with a silver medal.

Peters faced Scotland’s Sam Hickey in the men’s middleweight final and after the opening round, was behind on three of the judge’s cards, though certainly in the contest.

Peters came home strong with an impressive third round, however, the judges decided it was Scotland who would take home gold. The Australian settled for silver, very humble in defeat.