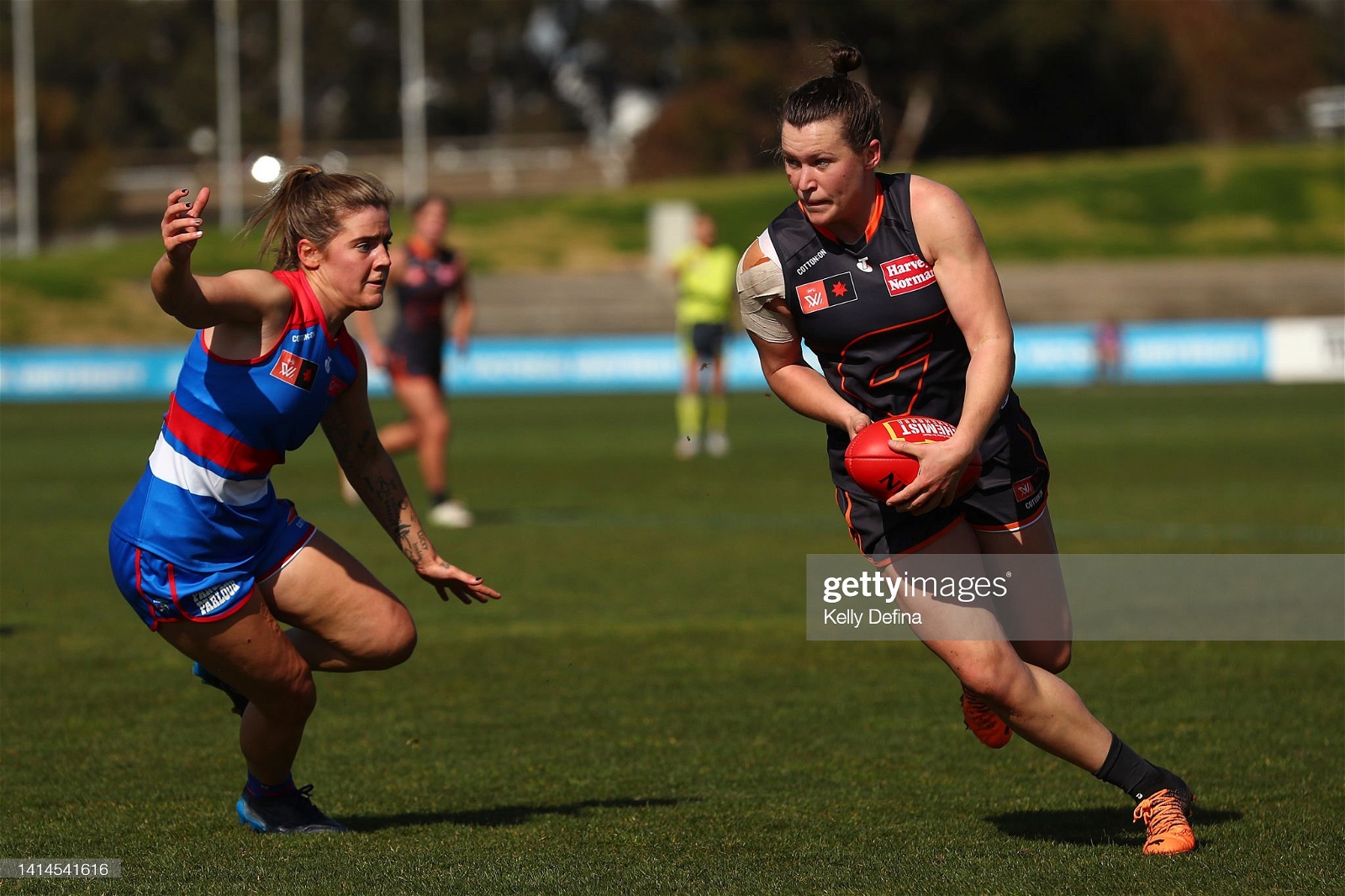 After COVID-19 had a big effect on the Giants' season earlier in the year, the Giants will be hoping for a better turn in Season 7.

After COVID-19 had a big effect on the Giants' season earlier in the year, the Giants will be hoping for a better turn in Season 7.

The Giants will be hoping to go better than last season, after another season filled with promise, only to struggle to hold on as the season went on.

The Giants finished ninth last season, after a bright start, winning their four games, and ending the season on a losing streak, as they fell off the pace. COVID-19 and injuries played a big part for the Giants as the season started to fall away.

The Giants hit the ground running early last season before the trouble began. Injuries bit the midfield group, and COVID-19 greatly impacted the squad as a whole.

Cora Staunton was one of the standouts, with 18 goals, far and away the leading goalkicker for the season. There were occasions when the Giants only managed one or two goals in a match, as they were handily beaten a few times.

There were flashes of brilliance from Haneen Zreika and Jessica Doyle in the forward line, but not enough to rely on last season.

If the Giants can win more ball in the middle, they will be a better side this year. Dalton and Beeson staying fit will be huge, as will the addition of Zarlie Goldsworthy into the midfield and forward line.

With more ball inside 50 for the Giants, the follow-on hope will be that more opportunities will lead to growth in the support around Staunton. The Giants will need to find more avenues to goal and not just rely on the Irish Ironwoman.

The challenge of improving in the midfield will be made harder by the turnover in the ruck department as Fleur Davies and Cambridge McCormack take over after the departures of Ally Morphett and Erin McKinnon.

Culture. The Giants have long had strong leaders in Alicia Eva, Alyce Parker and Nicola Barr, who have set high internal standards within the club. Last season, Chloe Dalton joined the mix, bringing her leadership from Rugby 7s to the club.

Now, with additions like Isabel Huntington (even though she is inactive in Season Seven), and growth from players like Jessica Doyle, who chose to commit to the club, that internal feeling will be even stronger.

The Giants will have no trouble handing themselves internally and will set high standards. If they can stay fit and healthy, effort and application will be strong points for the Giants throughout the season.

The Giants have struggled in the midfield and forward half of the ground in previous seasons. Staunton was the key figure for the Giants inside forward 50 last year, which still looks to be the case going forward.

If they don't get the ball forward enough, though, it won't matter how the forward 50 plays. After struggling in the clearance battle last year, Fleur Davies and Cambridge McCormack will be thrown into the fire in the ruck.

Going up against some of the toughest matchups in the competition, the Giants' rucks will rely on guile and surprise, as they have a combined total of zero AFLW games between them. If they can show more than their experience suggests, it will go a long way to helping the Giants.

Cam Bernasconi is an obvious choice as a new coach. But Jessica Doyle is one who made a significant impact over the off-season. A former Sydney Swans Academy player, Doyle decided to stay with the Giants when the Swans came calling, committing to her current club in a big way.

That commitment will likely have her flying, and with a year in the system under her belt and more experience, expect Doyle to hit the ground running and become the genuine second option in the Giant's forward set-up. If things really go to plan, she may even lead the goalkicking tally.

The Giants have pockets of talent that can compete with any side in the competition. After a tough run with COVID-19 last season, they are on track to make a splash this year.

Despite that, with no real trusted ruck experience and an unproven forward line, gameplan and coach, trusting the Giants is a big leap. Expect them to be right in the mix all the way through the season, even if the last hurdle is just a little too tall.