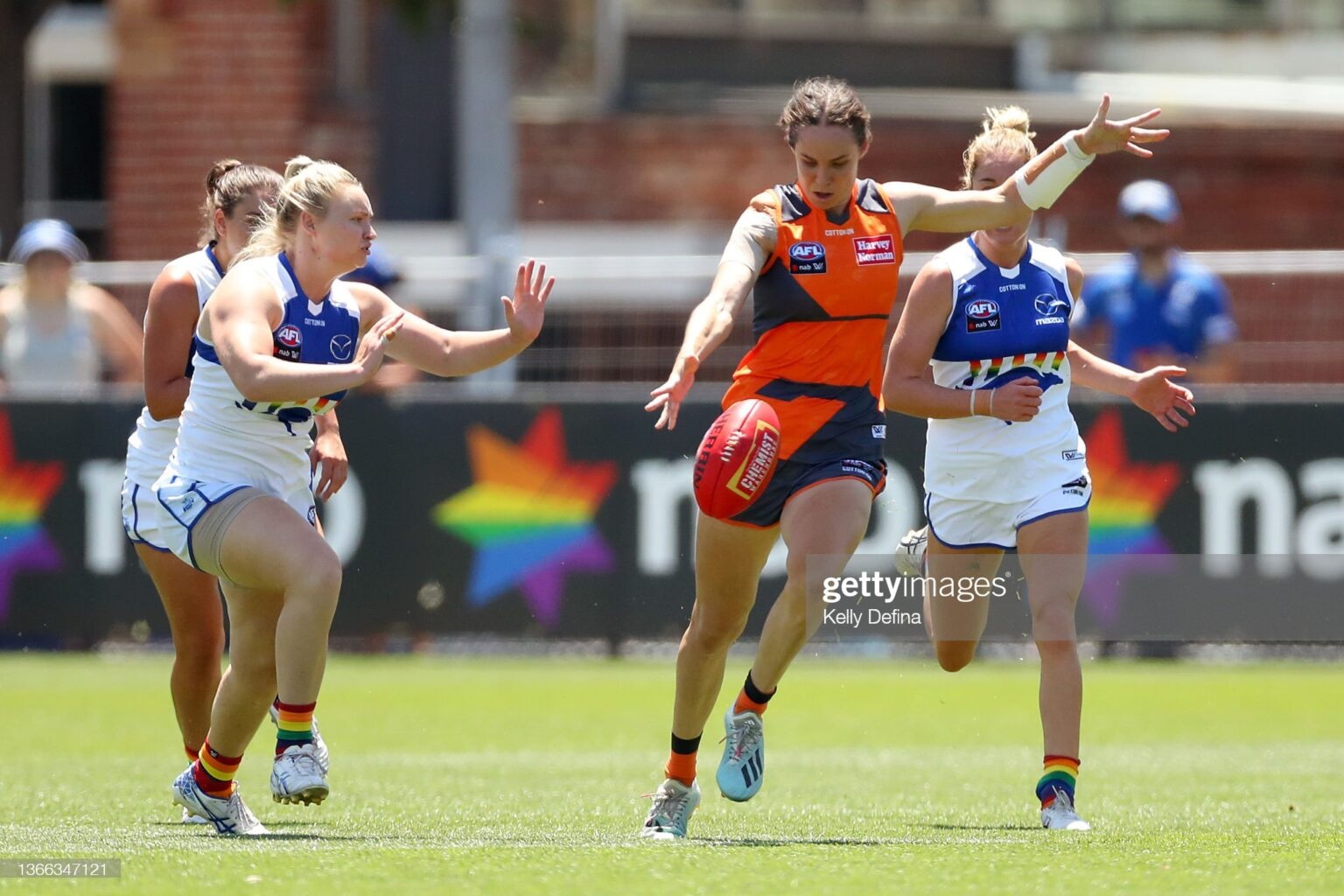 Chloe Dalton started the Female Athlete Project to highlight female athletes - but this International Women's Day, it is so much more.

Chloe Dalton started the Female Athlete Project to highlight female athletes - but this International Women's Day, it is so much more.

Chloe Dalton has been a star on the field for years, across three sports. More recently, she's been having an impact off the field, through theFemale Athlete Project. This year for International Women's Day, Dalton spoke about the importance of her off-field work.

"I originally started the Female Athlete Project as a podcast, I wanted to have a space where I could share these athlete’s stories cause I think that’s a really powerful tool when engaging people and bringing people on board and since then, the platform’s really grown and expanded," Dalton explained ahead of International Women's Day.

"I’ve had a really unique experience as an athlete where I’ve played across three different professional sporting codes, starting with basketball, going across to rugby sevens and now playing in the AFLW.

"A really big part of my experience as a female athlete has been many comments along the way and a different level of access to resources, funding, equipment, and a whole range of different things that have often felt quite frustrating as an athlete, this feeling of not being able to do something about the inequalities that exist."

Since starting the Female Athlete Project in October 2020, Dalton has interviewed more than 20 of the greatest female athletes in Australia including Daisy Pearce, Anna Meares and Jess Fox.

The Olympic Gold Medalist from Rio 2016 has been in fine company, with fellow Olympic medalists, Paralympic medalists, multi-sport stars,but explained that a Grand Slam Winner was still on her bucket list.

“My dream guest is Ash Barty so if anyone has any connections, please get in touch!" she laughed to the assembled media.

But for Dalton, being an advocate for women's sport is no laughing matter.

“I found it [to be] an incredible opportunity to have the chance to use my platform to be a role model for young kids," she said.

"I’m finding, after AFLW games at the moment, that I’m having young people come up to me and it’s not even about me as an athlete, it’s about the work I’m doing off-field and I think that’s been a really huge moment for me to realise that I actually am having an impact.

"Regardless of whether I have a good day or a bad day in terms of my playing ability, it’s really special to know that I’m actually doing things away from sport that can continue to make an impact and I think, it’s not something that I take lightly this role.

"I hope that what I’m doing and many of my fellow female athletes and other teammates are doing continues to create change in that space and that more people continue to get on board.”

This year for International Women's Day, the theme is 'Breaking the Bias', and Dalton explained what that means to her.

"I look back to when I was a little kid and I think there have been so many different messages, whether it was the things that were spoken aloud or just really subtle things that were portrayed to me as a woman, based on the way that I’ve been treated as a female athlete that reinforced this idea that girls and women and seen as ‘lesser than’ and do not deserve the same opportunities as boys and men," she told.

"So I think for me, ‘breaking the bias’ is all about changing that idea that women are seen as lesser than, it's about putting things in place that actually give equal opportunity, equal access, equal rights, equal funding, to girls and women at a grassroots level in the sporting context so that when they get to the professional level, when we’re so often compared to the men, to actually put these things in place really early.

"I think that obviously applies in a whole range of industries, not just sport, and I think that’s the beautiful thing about sport, it does have the ability to shape the way people see these athletes."

Dalton knows how big an impact she can have in her work at theFemale Athlete Project.

"It’s interesting, International Women’s Day has become my busiest week of the year now, I think, because I put myself in that position, both as a female athlete, but [also] someone who’s campaigning for gender equality, particularly in the sports space," she mentioned.

"I really carry the weight of the role and responsibility I have as an athlete. When I was at rugby sevens, I had the chance to be an ambassador for Our Watch which is the organisation for the promotion of gender equality for the prevention of domestic violence.

"Throughout that training process, I just realised how huge sport is in Australian culture, in being able to shape and change people’s attitudes so I think I’ve got a pretty incredible platform to be able to do that."

And with a platform that size, Dalton knows she can make an impact. She knows that theFemale Athlete Projectis another tool in the fight to break the bias, and to help grow women's sport.

For her, the end game is female athletes being treated equally to male athletes. Some sports are approaching the mark, but many have a way to go. And so does the world, in its investment, broadcasting, coverage and treatment of female athletes.