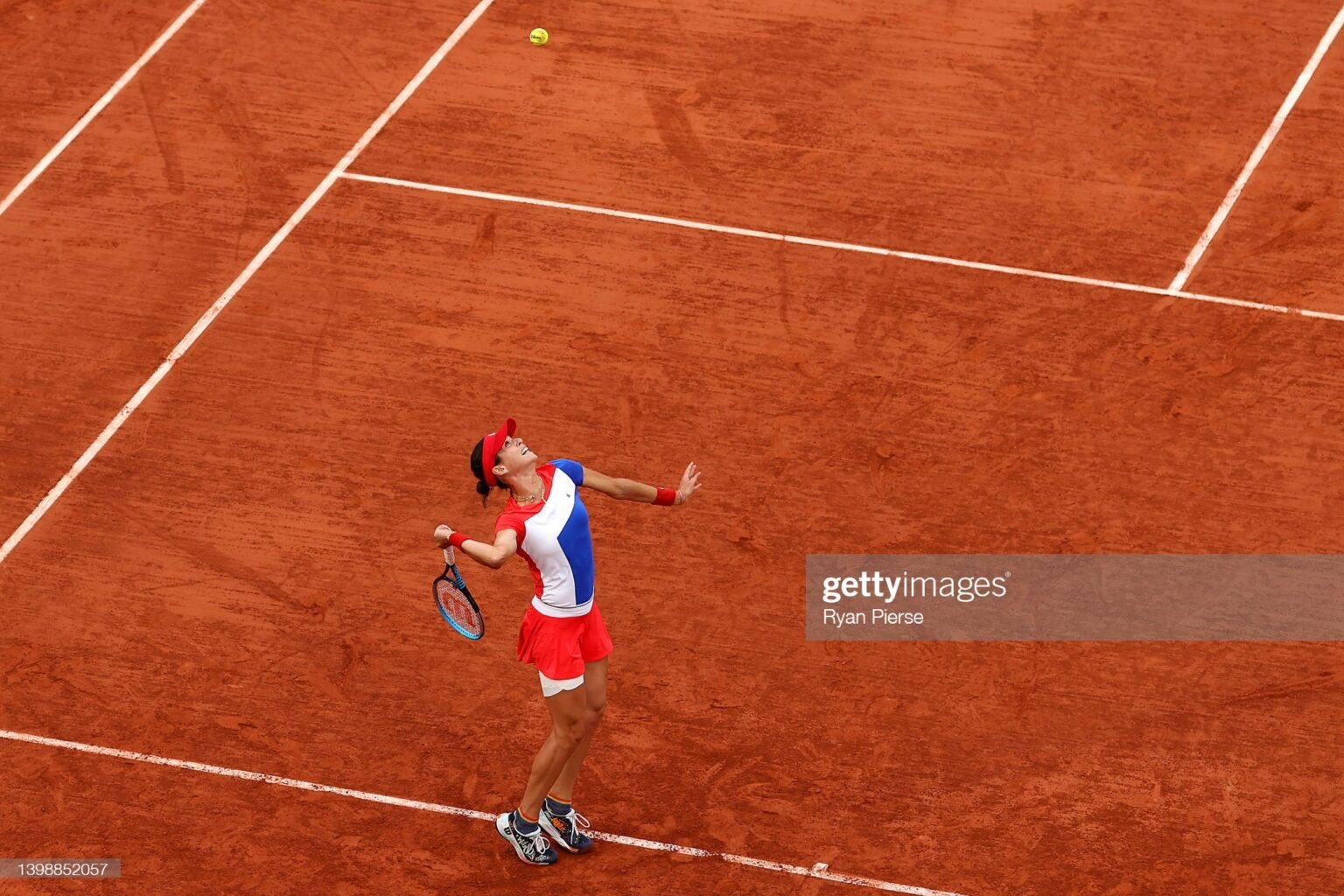 Ajla Tomljanovic and Jason Kubler will fly the flag for the Aussies, after a tough first round saw all but three beaten out of the French Open.

Ajla Tomljanovic and Jason Kubler will fly the flag for the Aussies, after a tough first round saw all but three beaten out of the French Open.

As the French Open kicks off for 2022, some familiar faces have hit their stride early, while others have struggled and are already on their way home. Catch up on all the action from the first round.

Ajla Tomljanovic steps into the shoes as Aussie number one

Tomljanovic has stepped into the breach as Australia's top-ranked female player, sitting at 42 in the world rankings, after the sudden retirement of Ash Barty. If the 29-year-old was feeling any pressure about taking over that mantle, she didn't show it.

Tomljanovic jumped out of the blocks fast, playing an up-tempo style that took the first set to a tie-break, where she held her nerve against the highly-rated Estonian.

Tomljanovic then took an early break in the second set and held on when the fifth-ranked player came hard at her, late in the set, to try and break back and take the match to a decider.

Elsewhere, Astra Sharma was knocked out in three closely-fought sets by Varvara Gracheva, who will now face Tomljanovic in the second round.

Daria Saville also appears to have found her touch on the clay courts, as she easily accounted for Greek qualifier Valentini Grammatikopoulou in two comprehensive sets.

Jason Kubler, the lone survivor in a rough Aussie start

Jason Kubler was the lone male Australian to move into the second round after a dark day for Australian men's singles.

Kubler's form was there after winning three consecutive thrillers to qualify for the main draw. Once into the main draw, the Aussie faced off against Dennis Kudla. In a showing as cool as ice, Kubler won all three tiebreakers to wrap up his match in just over three hours.

Across the board, the rest of the Australians struggled.

Chris O'Connell fell early at the start of the day, while Alex Popyrin's poor 2022 form continued as he was outplayed by Fabio Fognini.

Jared Thompson had a rough draw, up against Roland Garros royalty, in Rafa Nadal, who had too much for the young Aussie.

James Duckworth and Thanasi Kokkinakis will be left to focus on doubles after each bowed out in the first round of the singles draw.

Alex de Minaur, Australia's top-ranked men's singles player, fell in the first round in a five-set thriller to Hugo Gaston. The hometown hero had the crowd behind him as he took down the World No 20.

In the end, de Minaur was left to lament not getting the match done, as he fell behind in the fifth set tiebreak and was unable to get back on top to progress in the tournament.

Felix survives strong challenge in an early test of endurance

Felix Auger-Aliassime looked like he had forgotten something at home as he started slowly in the first round, up against Juan Pablo Varillas. Auger-Aliassime was down two sets early and won just four games across those two sets.

Varillas jumped out to an early lead with a blistering forehand game, keeping the young Frenchman from getting into any rhythm in the first two sets. Eventually, though, the ninth seed found his game and started to fight back.

A big serve helped get the Frenchman back into the match, and he took a break in the eighth game of the fifth set and rammed home the advantage to take the victory.

Novak Djokovic was untroubled in his first-round match, dropping just four games and none in the third set as he breezed into the second round.

Alex Zverev, Grigor Dimitrov, Daniil Medvedev and Marin Cilic were among the other big names to cruise into the second round with straight-sets victories.

Naomi bundled out in shock showing

Former top-ranked player Naomi Osaka struggled, uncomfortable back at the place that caused her to take a break from tennis 12 months ago.

After a scratchy first set, she was broken late in the first set to give up her momentum, and her American opponent was able to serve out the set.

Despite her pedigree, Osaka seemed unable to halt the momentum after dropping that set, and her serve started to fall apart, with double faults costing her a crucial break of service in the first set and again midway through the second.

Osaka was able to serve in the ninth game of the set, saving her place in the tournament temporarily, but three unforced errors on Anisimova's serve sealed her fate in the first round.

Emma Raducanu was back to form, winning her first-round match in three sets, eventually proving too powerful for Linda Noskova.

Barbora Krejcikova was another shock exit, as the number two seed fell to Dianne Parry. Krejcikova won the first set with ease before imploding to win just five games across the last two sets.