Edge of the Crowd's August 2022 Playlist

Our August playlist has a great mix of Australian and international artists across multiple genres. 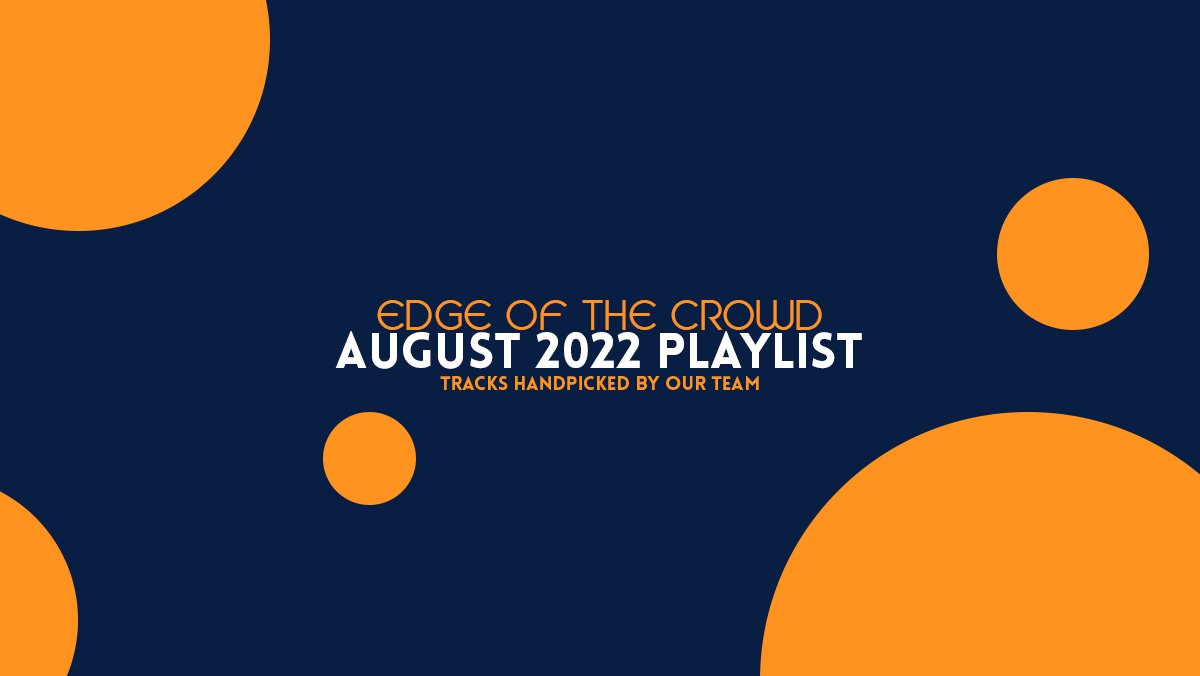 indigo. - what you need

A simple debut single was released this month from pop-punk newcomers indigo., what you need has set the foundations for the five-piece from Brisbane to launch onto the scene and take Australia by storm! It’s an infectious and upbeat tune, while also sounding fresh in the overall landscape of Australian pop-punk which also makes it stand out from the rest.

Budjerah - Ready for the Sky

What a talent young Budjerah is. Budjerah is a proud Coodjinburra man from the Bundjalung nation and has a voice as smooth as butter. Ready for the Sky has simplistic, pared-back guitar and percussion styling which allows his stunning vocal to shine. A beautiful gospel-like chorus echoes Budjerah in the chorus, complementing it perfectly. A great song to listen to while stretched out on some grass in the sunshine.

Whatever it is you’re looking for, Winston Surfshirt’s funky new release is the answer. The six-piece Sydney-based band teamed up with Australian R’n’B artist Milan Ring and Australian rapper Jerome Farah to give you a fresh bop. Winston and Milan’s smooth vocals, coupled with Jerome’s little ditty, just work so well with the upbeat tune and funky trombone! Definitely a track to listen to if you want to have a little boogie.

Bad Weather - Who Do You Wanna Be?

In July, I had the privilege of attending The Faim’s Melbourne show on behalf of Edge of the Crowd. Fellow Perth band Bad Weather opened and were an immediate hit for my friends and me. At the time, Who Do You Wanna Be? was unreleased, but that didn’t stop it from being one of my favourites from the set. Thankfully, I didn’t have to wait long, with the track appearing on Bad Weather’s debut EP Flowers In Your Room.

Prepare yourself for three minutes and 16 seconds of brutal, in-your-face metalcore. Lead vocalist Bec Thorwesten tears listeners a new one with her harsh but well-rounded screams. The band only released this single - its debut - in July, yet there is already a lot of hype around its future. The single launch show was sold out, and the band continues to pull good crowds when opening shows - get to one if you’re even the slightest of a metalcore fan.

Nothing can truly prepare you for this song’s opening, but vocalist Monica Strut’s aggressively heavy metal screams hit you right from the top to blow you away early. Sugar is the band’s heaviest track to date; blasting it on full volume is the only way to truly enjoy The Last Martyr’s latest single that still blends both heavy and soft moments.

Arctic Monkeys - Do Me a Favour

There’s nothing better than the old-school stylings of Arctic Monkeys. Do Me a Favour is an absolute tune from the indie-rock band’s second-ever studio album  – Favourite Worst Nightmare. From the get-go, something about the drums just makes those legs want to jiggle, and Alex Turner’s dreamy voice delivers as always. With lyrics you want to scream-sing along to, this is the perfect tune for the shower or while you’re driving alone in your car.

Lately, I have been trying to find (and listen to) more Australian musicians after having American-skewed listening history. After coming across Tiarne on Spotify, I found she actually supported one of my favourite Australian bands (The Vanns) for part of their 2022 tour. As a sucker for a sad song, Sorry (Too Much) hits all the right spots.

No one writes a yearning yet boppy love song like Holly Humberstone. In Sleep Tight, the English singer-songwriter talks about returning to a lost flame time and again, an all-too-familiar theme experienced by her target demographic of young 20-somethings navigating their love lives. The production is clean and dreamy to suit the song's tone - definitely one to add to the road trip-along-the-coast playlist.

Former Columbus vocalist Alex Moses and Baby Shower drummer Katie Lovelock have teamed up to form new alt/rock outfit Sick Visor. Happy Pessimist People Person Introvert was released earlier this month and is the duo’s debut single. It really shines bright and colourful in a fun and boppy way, as the pair are known to create and convey through their respective musical ventures prior and currently, which doesn’t change with Sick Visor.

I had the pleasure of hearing this song before its release a few weeks ago, and it got stuck in my head. The icing on the cake was the hilarious music video that genuinely made me chuckle when I watched it. Rescue Me has a groovy bassline that gets your head bopping along.

You can listen to all our selected songs in our team Spotify playlist: