Doctor Strange, not quite mad enough with its multiverse premise

Doctor Strange in the Multiverse of Madness is relentlessly entertaining and has genuine surprises, but suffers from Marvel’s recurring problem. 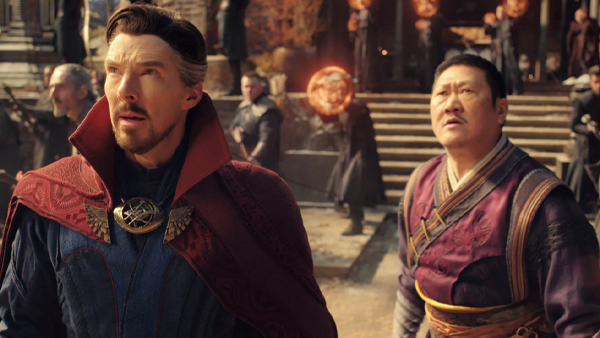 Doctor Strange in the Multiverse of Madnessis a fast paced, live action horror cartoon. It is relentlessly entertaining and has genuine surprises. However, it still suffers from Marvel’s recurring problem. The stakes are too high, the tension too low, and it is wasteful of some top tier talent.

One of the most anticipated aspects of the secondDoctor Strangefilm was the return of Sam Raimi. The director has two sets of loyal fans. There are those who view him as the master of the modern superhero film withSpidermanandSpiderman 2. Then there are others who revere hisEvil Dead series.The comedy-zombie-horror mashup films are still high marks of a genre that Raimi helped pioneer.

Doctor Strangeis a combination of both of these styles. The action scenes, on-screen deaths and tense chase moments are Raimi at his PG-horror best. There is a leaning towards practical effects in the final act that feel straight out of the late 80s in the best way imaginable.

Importantly, Raimi introduces his twisted sense of humour into the MCU, darker than their usual fare. The quips remain, but they have more of an edge. In its best moments, there is a sadness to this film as characters ponder if sacrifices made were worth it.

The downside is that, like most Marvel films, the fate of the universe (or multiverse) is at stake. It never seems likely that the world will end, and Marvel’s long term public plans make it impossible to worry that the heroes will lose.

The best example of an alternative isSpiderman: Homecoming. Michael Keaton’s Vulture was basically a thief, who was trying to get rich. It was not implausible that his plans might work. It kept the climax interesting and the outcome unknown.

Obviously not all stories can accommodate a small scale criminal as the antagonist, but balance can be achieved. The direct prequel toDoctor Strange, Disney+ seriesWandaVision, achieves this. Only one town was being affected.

The saving grace of the final act is that it avoids the common superhero ending. The series of confrontations is a nice change from large scale battles.

For a movie about a multiverse of infinite possibilities,Doctor Strangedoes not do enough with its potential.

There are hints of stranger realities. A universe made entirely of paint stands out, but these moments are fleeting. The movie does not need to change intoRick & Morty, butEverything Everywhere All At Onceis a multiverse movie that is not afraid to get weird.Doctor Strangefeels comparatively hesitant.

This is most evident in the casting of Rachel McAdams, returning as Christine. McAdams is an actor of incredible comic and dramatic talent.Doctor Strangesees her playing little more than a sidekick when there is room in the story for much more.

Christine could be anything in an alternate universe, as other characters are. Instead she is subdued and mostly humorless in every iteration. McAdams is a star, and this story could have provided the scope for her to be as wonderfully weird as she was inEurovision. With infinite possibilities, Marvel chose the safest ones.

Not even a reality where Strange and Christine were married is explored, which would have made for a deeper story for his character in relation to Wanda's quest.

Despite these flaws, it is not a boring film. The character arcs will not please everyone, but the cameos should. In particular, the reprise of a particular 90s cartoon theme song will rouse cheers from audience members of a certain age.

However, there are many opportunities missed for this to be an especially memorable film. The fact that watchingWandaVision first is a prerequisite may also perturb some.

Doctor Strange and the Multiverse of Madnessis enjoyable and fun. But it is too sane and too familiar to live up to its title, despite the moments of Raimi magic.