The best speeches in the history of sports cinema 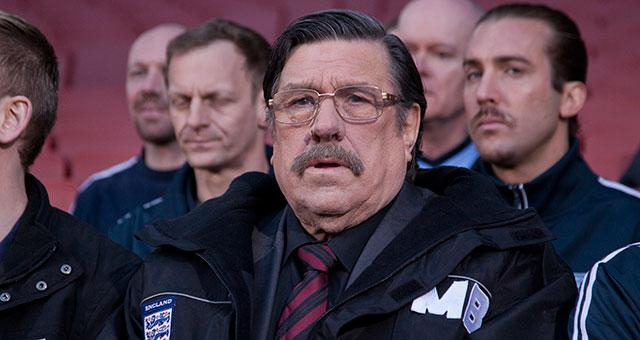 Welsh actor Michael Sheen went viral this week with a stirring hypothetical team talk for Wales's football team. It might fuel Gareth Bale to beat England in Qatar, but for now, it has inspired Edge of the Crowd to list the best speeches in the history of sports films

Team USA had lost their mojo. Gordon Bombay had lost his way. The players were lacking in confidence and bullied by Iceland on and off the ice, all while the coach had succumbed to the trapping of fame.

D2 The Mighty Ducks is the most beloved (if most nonsensical) of the Disney sports franchise. The locker room speech in the gold medal match is its best moment.

Team USA had just rediscovered some pride. They had matched Iceland for physicality and dirty tricks, but as Bombay points out, "that's not pride."

Bombay urges the players to remember who they are and decide who they want to be. One by one, each of them declares their name and where they are from. Their sense of self is restored.

Before they skate out again, they are presented with new jerseys, they are the USA Ducks now, and they have a new mantra.

"We're team USA, gathered from all across America, and we're gonna stick together, you know why?"

Because Ducks fly together.

Inch by Inch -Any Given Sunday

Any Given Sunday is a lot of movie. Oliver Stone's frenetic portrayal of the inner working of an NFL team is an intense, entertaining and adrenaline-fueled film that barely takes a breath.

It charts the rise of a young rising quarterback Willie Beamen [Jamie Foxx], alongside his legendary coach [Al Pacino], who may be past his peak

As Beamen grows in popularity with the public and media, he becomes infamous amongst his teammates. His ego threatens to damage the team, and when the veteran QB [played by Dennis Quaid] is injured, he needs to regain their trust as much as they need him to step up.

He is inspired to do so by Pacino's epic and iconic speech.

Their coach has been worn down by the game and by life, and he gets personal with his players.

"When you get old, things get taken from you," he says.

"I mean, that's part of life, but you only learn that when you start losing stuff.

"You find out that life is this game of inches. So is football."

He implores the team to fight for that extra inch, for each other, "because that's what livin' is!"

He then offers the players a choice, heal as a team or die as individuals.

Any Given Sunday is perhaps the best use of modern Pacino. After winning an Oscar for Scent of a Woman, he became a much less subtle actor. His loud delivery and gravelly voice were now his trademarks.

This middle-era Pacino was never put to better use than as coach Tony D'Amato. With good reason, this speech is a go-to for any real-life sports show looking for a quick reference or inspiring sound clip.

Out of context, it works; in the context of the film, it is even better. This is the last chance at the game and at life for the men in the room. It is on them to seize it.

It ain't how hard you can hit… - Rocky Balboa

Rocky Balboa is a rare example of a late sequel that was entirely necessary. Rocky V was to be the last of the series, but it ended the franchise on a real downer. Rocky suffered irreparable damage from his bout against Ivan Drago and had all of his money stolen by a crooked accountant.

The movie moves back to the roots of urban Philadelphia but loses the heart of the first two films. It is supposed to be about family, but it is not about much. The ending is confusing and sad. Sixteen years later, Sylvester Stallone's attempt to end things properly is much more satisfying.

Let's be clear, the 2006 film Rocky Balboa is not a great movie, but it is an excellent Rocky movie. It has the triumphant, underdog spirit that made the series into American folklore.

The best moment is not the barely plausible fight or the traditional training montage. It is when Rocky and his son confront each other in the street and pour out their insecurities.

Rocky is not about ignoring hardships, and he does not want Robert to pretend his problems do not exist. In Rocky's world, you overcome things by working on yourself.

In the world of the Rocky universe, this speech perfectly encapsulates the character. That is how he overcame every challenge in his career.

"That's how winning is done."

The first of an ill-fated trilogy, Goal! It tells the story of a young Mexican-American named Santiago Munez, who gains a trial with Newcastle United in the English Premier League.

The movie is an entertaining mess and barely works as a narrative. Made with the full cooperation of the EPL, the film makes it look cartoonishly easy to earn a shot at a career at the top of football.

That is not to say it is without its good moments. The soundtrack is Britpop excellence and the cameos by real players are fun, even if they date the film instantly.

The best piece of dialogue is from Santiago's mentor Glen Foy who implores him to reach his potential.

"The great players, the ones with flair, take risks, because they don't believe they're risks," he says.

Few phrases explain the magic of football better. Santiago has the ability to change games. He just needs the belief. His skill is such that what is a low percentage option for most is the most likely for him.

This scene and this line encapsulate what makes the greatest athletes into match winners and footballers into immortals.

If only the director had taken some risks with this otherwise formulaic film.

The Replacements is an enjoyable ensemble sports comedy. The basic plot is that the NFL's players have gone on a pay strike, as would be their right in real life.

Weirdly, the movie takes the position against the striking workers. Even weirder is that it works. Gene Hackman's Coach Jimmy McGinty assembled a team of misfits and missed chances to complete the season in place of the professionals. He challenges them to take the opportunity no matter how brief.

Keanu Reeves is much of why the replacement players are sympathetic to the audience. The Replacements was released a year after his first major Hollywood comeback, The Matrix, and coasts on his star power and effortless charisma.

As the replacement quarterback Shane Falco, Reeves is the heart of his team, and he gives them a simple but brilliant motivation speech in their final game together.

It is peak Keanu, and it is perfect.

Ricky Tomlinson's hilarious mockumentary about a man out5 of his depth as boss of the England men's football team is hilarious because it is barely satire.

Bassett is a caricature of and outdated but still often lionized type of coach. He believes in tough love, a strict hierarchy, an unchallenged authority. The movie does not lampoon any one real manager but is familiar to athletes of any level or sport.

One of the most popular scenes is his only slightly coherent halftime rant at his players. It is a hurricane of bleeps, violent gestures and useless advice. Unsurprisingly it does not help his hapless team one bit.

The dry, matter-of-fact narration is perfectly timed as the final punchline. Sadly, but somewhat amusingly, Mike Bassett, England Manager, feels like the most realistic of the films on this list.

I want her to win- Bend It Like Beckham

We either saved the best until last or just the one most likely to make you cry.

Bend It Like Beckham is a sports cinema classic. Gurinder Chadha's surprise hit of 2002 is the story of a young British girl of Indian descent who loves football but has to hide it from her family.

Jesminder is talented but torn between following the path she knows she should take and the one her mother had in mind for her.

As the film progresses, her skill earns her the opportunity to travel and play professionally in the USA. It is not a chance she wants to turn down, but her family is far from enthused.

Most people remember the film's climactic moment: Jess scoring a decisive free kick and then rushing back to her sister's wedding. But it comes after that.

As she tries to convince her mother to let her go, her father steps up to talk. He talks of his unfulfilled dreams that he passed up chances to play cricket because of pressure and racism.

In the hands of a less skilled director, a "follow your dreams" moment like this can induce eye rolls. Chadha's film has such a rollercoaster build-up that it feels both surprising and a relief.

A similar turn of events was used in her 2019 film Blinded By The Light, the true story of journalist Sarfraz Manzoor, and it is just as compelling.

Bend It Like Beckham is a classic for millions of people for many reasons. But this speech is the heart of the film. In this scene, Anupam Kher, as Jess's father, delivers regret, fear and hope.

You will clap, cheer, and then reach for the tissues.