Beavis and Butt-Head is an unexpected delight

Nobody was asking for a return of Beavis and Butt-Head. But the ridiculous pair are as hilarious as ever. 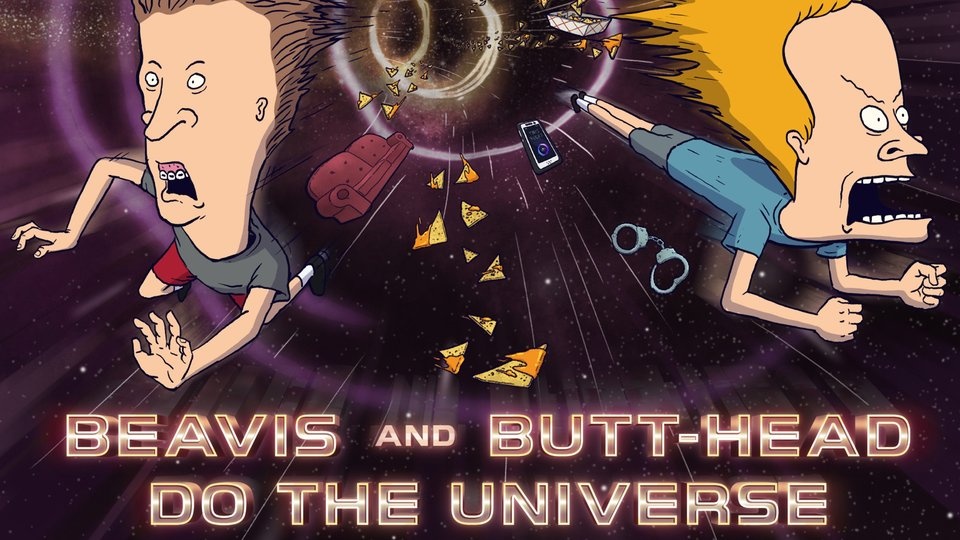 Nobody was really asking for a new Beavis and Butt-Head movie, but the latest effort from Mike Judge [Silicon Valley, Office Space] is an unexpected delight.

Judge returns to writing and voice acting duties to return his two most famous characters to the screen. John Rice and Albert Calleros take directing reigns in a comedy that is both a throwback and almost sadly contemporary.

Given that it is over thirty years since their heyday, some context about these misunderstood characters is needed.

Beavis and Butt-Head as a comedy duo, exist in two simultaneous yet separate spaces. There was the clips of them watching MTV music videos and giving their thoughts, [my personal favourite being when they refer to Beck as “one of those stupid gifted kids.”]Around these scenes was an unrelated 20-minute animated sitcom.

Often the plots were simple and small-scale. They very rarely leave their neighbourhood or school. One on occasion where they venture further, they become marooned on a shopping mall fountain.

The pair are a satire of what is seen as a particular type of American teenage boy. Mike Judge built on the concept of Bart Simpson’s “underachiever and proud of it,” motto and took it further to something more like “underachiever and… huh?”

They think everybody is dumber than they are, despite having no knowledge or experience in anything. They think every woman they meet is propositioning them due to their sex-obsessed worldview, and they exasperate or infuriate even the most well-meaning people that they encounter.

Almost everybody that they meet wants to help them or kill them. Everybody ends up [correctly] giving up on them. As an audience, you can either laugh at them, with them or at the society which allows them to exist mostly unimpeded

Their fashion and language is firmly rooted in the mid-’90s but the archetype is still common in the modern world.

This makes for a culture clash story, where Beavis and Butt-Head get transported to 2022 through a wormhole in space, a perfect setting for their hilariously basic hijinks.

A familiar story across space and time

The plot is familiar to fans of the 1996 film Beavis and Butt-Head Do America. They unintentionally move about the country, blissfully unaware that federal agents are hunting them. Their only purpose is to “score” with an astronaut [Andrea Savage] that has been living with the guilt of what she thinks was their murder after being pushed too far by them on a NASA mission.

The humour lies in the small differences between now and then. Beavis and Butt-Head entering a modern gender studies class, taught by Tig Notaro, sees them taking the wrong lessons about sex-positive terminology and male privilege almost instantly.

Their minds almost always go to the simplest place first. It sounds stupid, and it is. But it makes for very unpredictable and consistent comedy.

When they discover that they can pay for nachos with a found iPhone, they go on a spending spree. However, they think that it pays for nachos and only nachos. Not that this bothers them at all.

One of the most charming features of Beavis and Butt-Head, is their total lack of understanding of their circumstances. When a judge finds them guilty of arson, they respond instantly with “YES!” and “KICK-ASS!”

There are missed opportunities. It would have been fun to hear their thoughts on modern pop music. Would they have appreciated the alternative rock music that they mocked more now that it barely exists as a mainstream genre?

The other issues relate to a subplot involving Smart Beavis and Smart Butt-Head. Versions of them from another dimension who entrust them to save the multiverse. Aside from one or two very funny lines, and providing an easy climax [hehe, he said climax] to the film, they do not add much, nor do they impact much of the plot.

These are minor quibbles in an otherwise easily enjoyable animated comedy. In 30 years, Beavis and Butt-Head have not evolved. They never will, and probably do not want to. Fans would not want it any other way.

Beavis and Butt-Head Do the Universe is available on Paramount Plus.