Australia must step up at the Pacific Islands Forum

The 51st Pacific Islands Forum (PIF) is the newest instalment in the Albanese government’s diplomatic blitz. As climate and security tensions simmer, Australia must help to recenter Pacific Island agency. 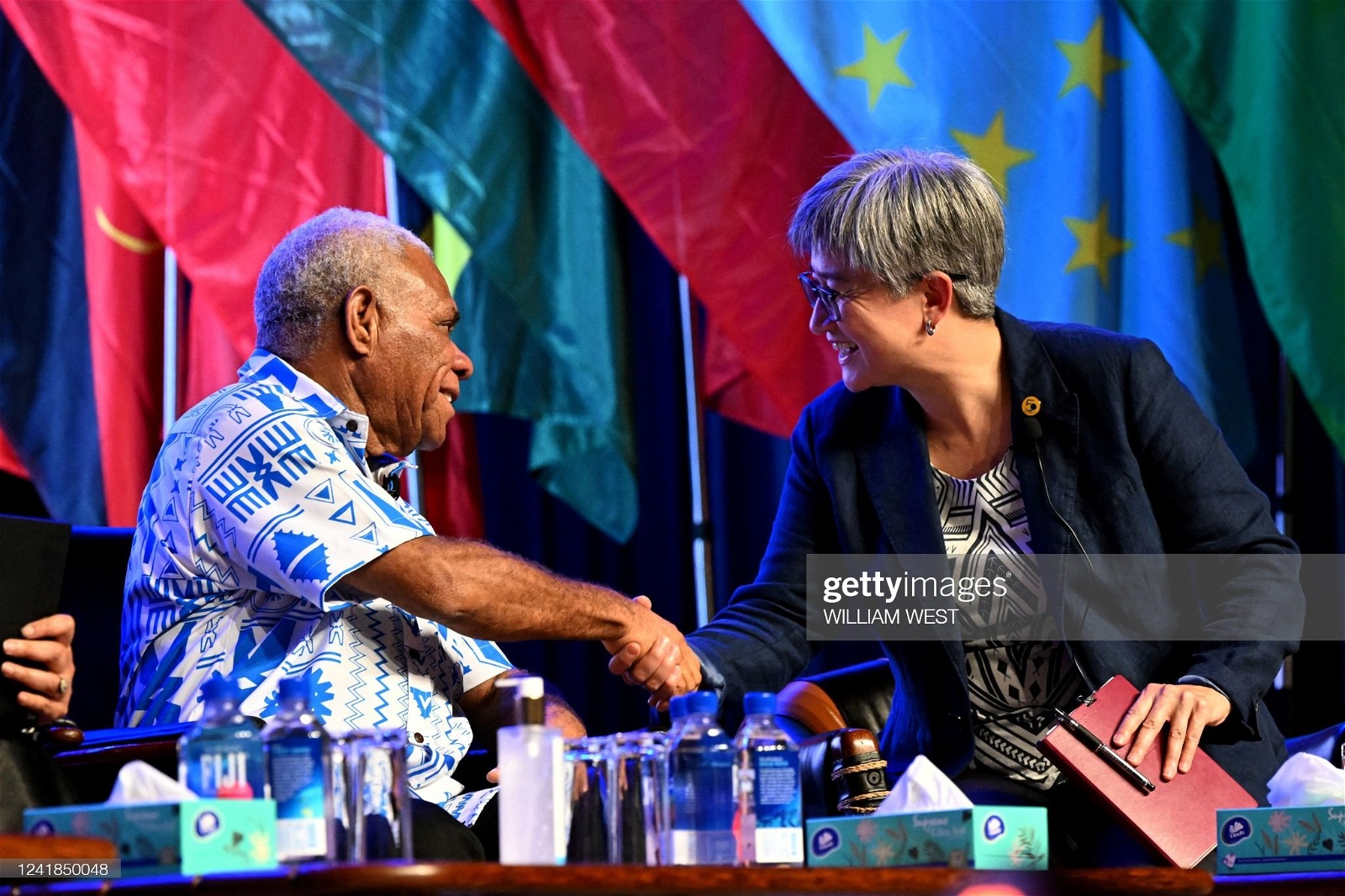 The Forum provides a collaborative space for member nations to coordinate political and economic policies and objectives. Given the lesser power and influence most member nations wield, the PIF is an important platform that gives these governments a voice in international-political discourse.

This year’s PIF is being held in Suva, Fiji, which began on Monday and concludes this Thursday. It is an intergovernmental organisation comprised of 18 members of the Pacific Islands region, including Australia and New Zealand.

Previously, Australia’s presence at the Forum has not always been received well. In 2019, Former Prime Minister Scott Morrison’s use of domestic economic concerns to rebut tougher action on climate change brought the Tongan Prime Minister to tears.

In response, the Prime Minister of Tuvalu said, “No matter how much money you put on the table, it does not give you the excuse to not do the right thing, that is cutting down your emissions, including not opening your coal mines. That is the thing we want to see.”

This year, Australia must not only convince the Pacific Islands of its genuine commitment to its regional responsibility but also make good on it.

For Pacific Islands nations, climate change is the most immediate item on its agenda. In 2018, the region declared that climate change was its most significant security threat.

On Tuesday, before he arrived in Fiji, Prime Minister Anthony Albanese delivered a speech to the Sydney Energy Forum, where he shared his optimism and eagerness for the PIF.

“I look forward to attending the Pacific Islands Forum, where I will discuss our proposal to co-host a UN climate summit with our Pacific partners to elevate and prioritise issues that impact our region the most.

“Australia will once again be a trusted global partner on climate action.

“I am ambitious about what we can achieve together.”

Australia contributes 84% of the region’s total emissions, making it a driver of the crisis that, if continued, will leave some nations uninhabitable. Despite pledging to cut 2005 emissions levels down by 43% by 2030, Australia continues to pursue fossil fuel projects.

If Australia is to continue half-heartedly address climate change, both domestically and internationally, it will undermine both Australian and Pacific national security. Its bid to co-host a UN climate summit with its Pacific allies will be more empty words if genuine action is not promised. Some political commentators predict that Pacific nations will only accept this offer if Australia ramps up its climate policy.

“Time seems totally out of step with the reality of climate change’s impact on the lives of Pacific people,” he said.

“Our villages, our islands, our women, our young people, our chiefs…are all calling on us, Pacific leaders, to take action to fight this emergency.”

For Australia, China is high on its agenda. The new Labor government wants to rejuvenate its relationship with the Pacific region amid the growing possibility of a Pacific tilt towards China.

This comes after the Solomon Islands signed a security pact with China, in April, much to the dismay of Australia and New Zealand. Although the Solomon Islands have declared that it would not allow China to open a military base in the country, the Australian government remains cautious.

However, Australia’s renewed efforts in the region should not only stem from its rocky stance on China that it has adopted from the US. The Albanese government must view the Pacific region not simply as a region of contestation but as one of a climate crisis for which it bears a degree of liability.

Engaging with the Pacific region as a pawn of a larger geopolitical game between the US and China is to ignore the realities of nations that face continuing rising sea levels and agriculture deterioration. These consequences of climate change exist outside of political quarrels.

Australia will also not fare well in the region if its continued support of the US-China deadlock places the Pacific Islands in a position where they will have to pick a side.

To be a responsible, accountable and genuine ally of the Pacific Islands region, Australia must encourage the self-determination of PIF member nations. The in-person absence of the US and China indicates the Forum’s desire for the region not to become the subject of a strategic tug of war between superpowers.

The 2022 PIF is Australia’s opportunity to prove it is a key and worthy partner to achieving the enduring prosperity of the Pacific Islands region.