All Stars: 10 promotional songs from the movies that became classics

The Edge of the crowd remembers 10 film promotional songs that became classics beyond the movie. 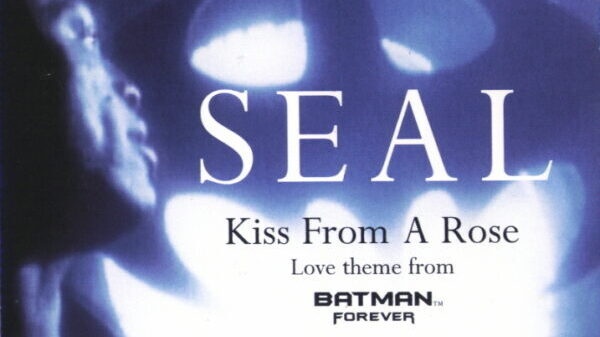 Music has long been used to help promote movies upon release.The Edge of The Crowd looks at 10 promotional songs from cinema that became classics on their own.

Losershould have been a slam dunk. A teen comedy from director Amy Heckerling (Clueless) and starring Jason Biggs and Mena Suvari who were both coming offAmerican Piethe year before.

The film failed to make back its budget and was poorly reviewed but did leave a legacy in the form of its promotional single.

Teenage Dirtbagwas a hit in 2000 and remains catchy now. The song spent four weeks at number one in Australia and two in the second spot in the UK. It experienced a resurgence and charted again in 2011, 2012 and 2013.

Wheatus’ song about going on a date to see Iron Maiden [“don’t say maybe”] has a popularity that had outlasted the band it mentions and the film it was written to promote.

Dangerous Mindswas a success at the time. It starred Michelle Pfeiffer at the peak of her stardom and was produced by Jerry Bruckheimer and Don Simpson. That same year the team released Bad Boys and the next was The Rock as they unleashed Michael Bay’s brand onto the world.

The film stars Pfieffer as a former Marine turned school teacher who tries to change her kids’ lives. It was not popular among critics and has aged poorly due to the “white saviour” theme but It does have a near-endless legacy.

Gangsters Paradisewas Coolio’s biggest hit and has sold over $5 million copies in the US alone. It reached number one in 20 countries and the opening lyrics over an interpolation of Stevie Wonder’sPastime Paradiseare instantly recognizable.

This song is synonymous with Destiny’s Child.Independent Womenwas more than just a big hit for the trio. It became a brand that Beyonce’ has carried into her career more than two decades later.

It was first released to promote the action/comedyCharlies Angels. Both became massive hits but the song has retained its appeal while the film is rarely discussed.

Charlies Angelsstarred Cameron Diaz, Drew Barrymore and Lucy Lui as private detectives and was the 12thhighest-grossing film of the year.

Independent Womenreached number one in the US and UK almost instantly and spent 10 weeks at the top of the Billboard Chart.

Somebody once told me…that this song was originally from Dreamworks juggernautShrek[2001]. But it was written two years earlier for the underappreciated superhero parodyMystery Men.

The Ben Stiller led film takes place in a world where superheroes are real but treated like reality show stars. Captain Amazing is the biggest name in the business and enjoys the fame and corporate sponsorships that come with success.

Stiller and his crew of wanna-bees are trying to find their big break, fighting against Geoffrey Rush’s villain and their own lack of talent.

All Star’s music video draws heavily on clips from the film. It is Smash Mouth’s most recognizable and loved [or distained] song. You know all the lyrics whether you want to or not.

It was certified Platinum in Australia, Denmark, Italy and the UK. Three million sales in the US alone were enough to make this mega-hit a three-times Platinum song.

Mystery Menonly made half its budget back but was ahead of its time and is an entertaining film that is worth revisiting in a post MCU landscape. Even if it was dwarfed by its own promotional song.

The classic Bryan Adams ballad is woven into the score of Kevin Costner and Alan Rickman’s take on the Robin Hood legend.Every emotional scene is accompanied by an orchestral rendition of the hit single.

Both the film and the lead song from the soundtrack were hits. But the song reached Platinum status in 13 countries and sold close to $8 million copies worldwide.

It is a fun, powerful soft rock song that fits the theme of the movie lyrically and works on its own.

Prince Of Thieveswas a massive commercial success and made almost 10 times its budget at the box office. But it has not had the cultural impact ofEverything I do.

The passage of time and repeated attempts to reboot the character have meant that the film has been largely forgotten compared to the song.

It is probably the third-best Robin Hood film [behind Disney’s animated classic and Errol Flynn’s 1930’s perfection] but is not currently available on any streaming services.

Everything I dois still a staple of classic hits radio and over-ambitious Karaoke singers to this day.

Seal’s signature song was written and released as the “Love Theme from Batman Forever.” It featured on the film’s eclectic soundtrack alongside U2, Method Man, The Offspring, Michael Hutchence, Nick Cave and P.J Harvey.

Kiss From A Roseis probably the song with the longest cultural impact. It reached Platinum status in three countries and Gold in four.

It is the type of track that you cannot help but sing along to, even if you do not exactly know all the words.

Batman Foreveris…fine. It's not as bad as popular culture remembers or nearly as good as the previous two. It had strong financial success, earning a $200 million profit. However, its most notable legacy is convincing Jim Carrey to tone things down a little [sadly], and providing a blueprint of what to avoid when making a Batman film.

Seal might have been the only person involved to have his reputation enhanced by the movie.

I Will Always Love You- Whitney Houston [The Bodyguard1992]

In 1992 (I assume) the world was crying out for the ultimate crossover event. Oscar winning screen cowboy Kevin Costner and RNB superstar Whitney Houston.

The results on screen were not bad.The Bodyguardis an entertaining if forgotten romance/thriller from a Lawrence Kasdan screenplay [The Empire Strikes Back, Raiders of The Lost Ark].

Costner plays a bodyguard for hire, assigned to protect a music star. Both are initially prickly and resistant to each other but a relationship develops between the two.
Although it had two of the biggest names on the planet in 1992 on screen, the real star is the soundtrack.

Songs from and inspired by The Bodyguardsold over 45 million copies worldwide. The lead single, Houston’s cover of Dolly Parton’s song was a massive hit and won every award imaginable. The Grammys and the American Music Awards both recognized it and the Billboard Awards acknowledged it as the number one song of the year.

After selling more than 400,000 copies in a week, it broke the record of most sales over seven days. The record previously held by the afore mentioned,Everything I do.

Both the film and the soundtrack were big successes for Warner Brothers.The Bodyguardis rarely talked about now, but it is safe to say thatI Will Always Love Youwill always be popular.

8-Mileis a strange project. Behind the camera, it was a prestigious picture. Curtis Hanson, the director of Oscar winningL.A Confidentialwas directing, and Brian Grazer ofA Beautiful Mindwas producing.

The film itself is a sort of time capsule within a time capsule as Eminem at the height of his early popularity tries to capture a time of his youth in mid 90’s hip hop.

It takes place on the stages of Detroit's battle-rap competitions and the song written for the film underscores many moments.

Lose Yourselfbasically explained the thoughts and emotions of the main character. Some of the lyrics are slightly perplexing, [how can you look calm and ready with vomit on your sweater already?] but it is a rousing anthem that has outlived the film’s popular appeal.

8-Milemade $250 million off a $41 million budget but is almost never talked about without the song.

Lose Yourselfwas a number one hit in 14 countries and was a particular hit in Australia where it went 14 times Platinum. It sold over 7 million units in the USA and was the first rap song to win an Academy Award.

You can barely go to a sporting event without hearingLose Yourselfcome over the speakers, But you can’t find8-Mileconsistently on streaming services.

City of Angelsis an odd movie. It is about literal angels who watch over humans while remaining invisible. One of the angels played by Nicholas Cage falls in love with a human [Meg Ryan] and must give up immortality and his divine duty to be with her.

As a concept, it really should have been a comedy. The serious, earnest tone wastes the premise and talents of Cage, Ryan and Andre Braugher who later found his comedy chops on Brooklyn 99.

However, the tone of the film made it possible for the Goo Goo Dolls to record their best song not calledSlide.

Iris, a desperate pleading love song reached number one in Australia and the US.City Of Angelswas a financial success but was moderately received by critics.

If you can find somebody who says that they watch it often, I'll show you somebody whose broken DVD player has the disc stuck inside.

You will always find people who can belt out  Iris. Has anybody ever mentionedCity of Angelsin conversation?

Have You Ever Really Loved A Woman- Bryan Adams [Don Juan De Marco, 1994]

Another Bryan Adams song, from a movie that made no impact but should have been more loved.

The song made it to number one in the USA, Europe and Australia. The film although featuring Marlon Brando and Johnny Depp is almost entirely forgotten now.

Part of the problem might have been the title. The poster and name made it sound like a re-telling of Lord Byron’s tale of the world’s greatest lover. What you get instead is a small, whimsical rom-com that focuses on regaining the spark in middle age.

Depp plays a man committed to psychiatric treatment. He is found brandishing a sword in a mask and cloak, convinced that he is the legendary, and fictional Don Juan despite it being the mid 90’s.

Brando [in the last role he looked like he cared about] is his assigned doctor. Along the way, Don Juan helps staff and patients in the hospital believe in romance again and Brando’s character reignites his decades old marriage.

Along the way those around him begin to entertain the idea that he might really be Don Juan.

If he acts like him and has a positive effect, does it matter?

It’s great, but is not available for streaming anywhere without purchase.

The Spanish guitar infused song was a hit and nominated for a Golden Globe, Grammy and Oscar.

It is cheesy no doubt. But you will hum it endlessly and it remains the films only lasting legacy.

In a few years,Happyby Pharrell forMinionscould feature on this list, but it is too early to tell its long-term impact.Sunshine In My Pocketby Justin Timberlake forTrollsalso is likely to surpass the appeal of the film.

My Heart Will Go Onby Celine Dion was a huge hit at the time, but its presence in pop culture has waned. Nothing can sink the Titanic.

Heroby Chad Kroeger was in no way better, or more popular thanSpider-Man[2001] but it still would have been cool for Marvel to bring it back forNo Way Home.

Taylor Swift and Zayne Malik combined to promoteFifty Shades Darker. It is a pretty catchy song from a popular movie but nobody is hoping to hear it at a Taylor Swift concert. The Fifty Shades franchise was extremely profitable but had somewhat faded from society since.

Purple Rainby Prince for the film of the same name was hard to ignore. It sits in a weird place where the movie exists to promote the album and not the other way around like most other soundtracks.

The success ofHappyhas shown that studios can still use the music industry to keep films in conversation.

When it works it is the best of both worlds. Even when it does not, we still can get some amazing, classic songs.