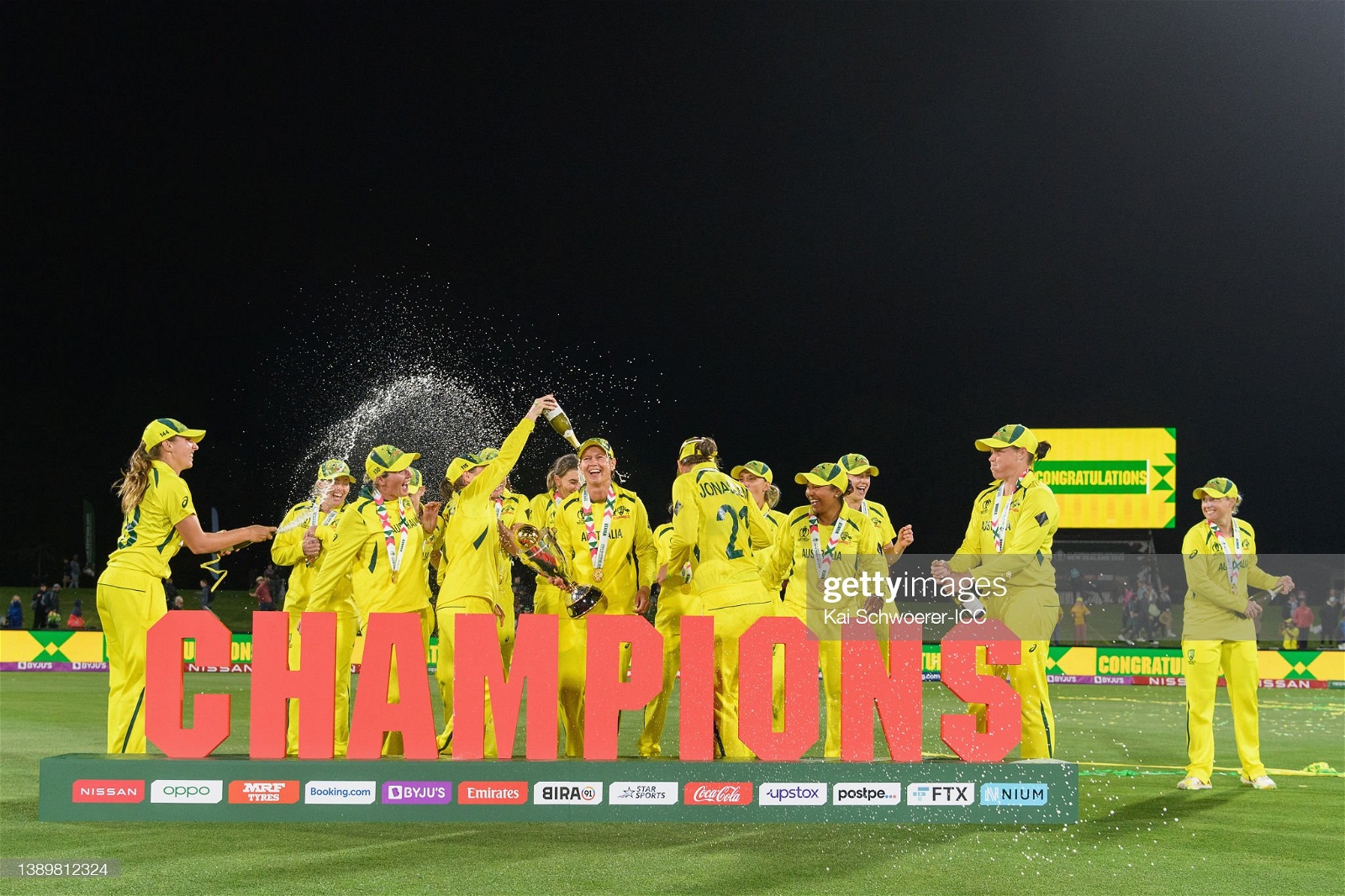 The ICC has released its numbers for the most recent World Cup and it's been revealed it was the number one women's event in ICC history.

The ICC has released its numbers for the most recent World Cup and it's been revealed it was the number one women's event in ICC history.

More than 1.64 billion total views across the different ICC channels over the event in New Zealand. That number doesn’t just break the record for the most views for a women’s event but comes in third behind only the 2021 Men’s T20 World Cup and 2019 Men’s 50 over World Cup.

The improvement in numbers is incredibly impressive and just shows how much women’s cricket and women’s sport, in general, is on the rise. We saw a 45% increase in viewers from the 2020 Women’s World Cup and a massive 1600% increase from the last 50 over World Cup.

No surprise in the number one video which was highlights of the India v Pakistan match but there were plenty of other great moments. One in particular that did well on social media was the heart-warming scenes of the Indian players meeting the Pakistan captain Bismah Maroof and her baby Fatima, which was among the most tournament’s popular videos on Instagram.

The ICC has put a massive amount of investment into their Instagram game, and it has paid off in spades. Instagram Reels was the fastest growing platform with one video of Jess Jonassen’s one-handed catch to dismiss Katherine Brunt performing the best, topping 13.5 million views.

Importantly the game is growing with female fans as well with the percentage of women following and engaging going from 13% in 2020 to 22% in 2022. The ICC has a goal of reaching male/female parity although that still seems a long way off.

The TV audience for this event shows it’s one of the biggest in the world with over 100 million people around the world tuning in at different points. A major part of the increases in numbers across the board is down to the additional investment made in the number of hours of content.

"As a key strategic pillar to growing the game our focus has been on deepening engagement with existing fans and bringing new audiences to the sport. The innovative approach to creating heroes in the women’s game and taking the sport closer to fans has resulted in world-leading numbers.

“The competitive nature of the cricket and the excitement generated around the tournament has put us in a great position to continue to build on the success of this year’s event. With the focus now on providing fans with more engaging content throughout the 100% Cricket Year of Women’s Cricket leading into the inaugural U19 and senior Women’s T20 World Cups in early 2023.”

With even more cricket coming up over the next 12 months everyone is hoping for these numbers’ importance even further. One interesting place to look will be the Commonwealth Games which are set to see women’s cricket added for the first time.