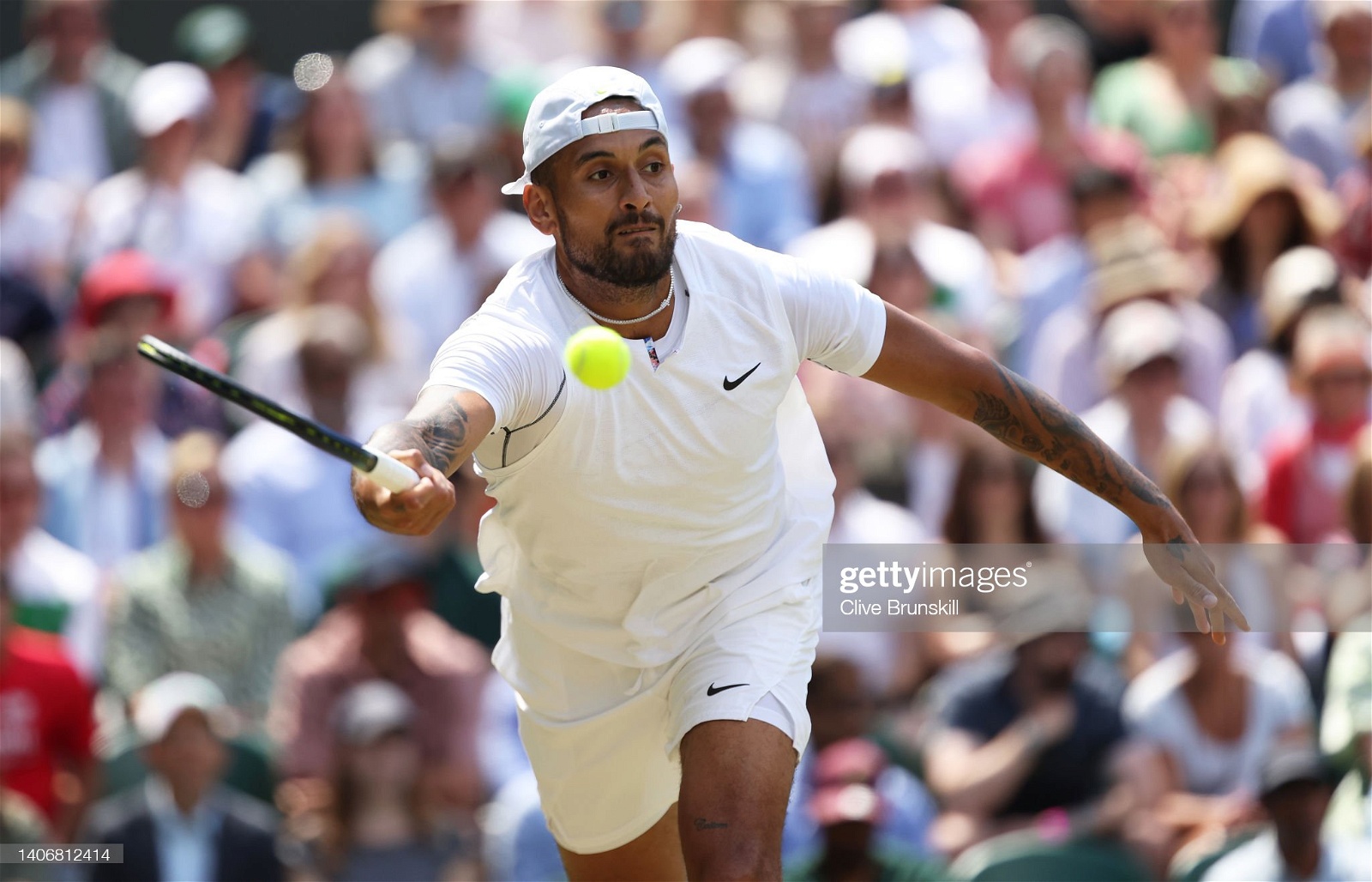 Two of the four Australians in the fourth round were able to get through to the quarterfinals of Wimbledon 2022, while Djokovic and Nadal also made it through with ease.

Two of the four Australians in the fourth round were able to get through to the quarterfinals of Wimbledon 2022, while Djokovic and Nadal also made it through with ease.

Aussies Nick Kyrgios and Ajla Tomljanovic both went the distance in their fourth-round victories at this year’s Wimbledon, while Alex de Minaur and Jason Kubler both achieved their personal best results at the tournament after falling out after their losses.

And the two out of the big three who entered, Novak Djokovic and Rafael Nadal, once again made it to the quarter-finals after both finishing their opponents in straight sets as they play their way into top form as the tournament progresses.

Nick Kyrgios once again made an intriguing story out of his match as he looked to be in injury trouble in the first of his five-set match against 56th-ranked American Brandon Nakashima, as he repeatedly grabbed at his right shoulder after missing multiple easy forehands.

With the help of some pain killers, a medical timeout and his usual big serve he was able to claim the next two sets and a comfortable lead.

But the controversy continued in the last game of the fourth set when Kyrgios tanked his serve and gifted Nakashima the set, which he admitted in his press conference was a tactic to throw his opponent off.

The tanking seemed to work as Nakashima’s form dropped in the last set with Kyrgios winning 6-2 after a roller-coaster match that lasted three hours, 11 minutes to set up a last-eight meeting with Chile's Cristian Garin.

Garin prevented what looked like was going to be an all-Australian quarterfinal by fighting back from two sets to love to down against Alex de Minaur.

The 23-year-old Aussie was the heavy favourite coming into the match and looked like he was going to have a straightforward victory before the match got turned on its head when he lost a crucial break point at 5-5 in the third set, which included a diving volley from Garin to keep himself in it.

Garin held on to win the next two sets to set up an epic fifth that went back and forth before de Minaur failed to convert two match points and lost seven of the final eight points in a super tiebreaker after being 5-3 up.

Garin’s valiant efforts helped him win a match that never looked like his at the beginning, as he now claims a new personal best result at Wimbledon.

The third Aussie left in the men’s draw, qualifier Jason Kubler, has had his dream run come to an end after losing to one of the in-form players of the tournament, American Taylor Fritz.

Kubler struggled to find a way into the match as Fritz hit 40 winners and broke serve five times in the two-hour match, winning 6-3, 6-1, 6-4. Fritz is still yet to lose a set in the tournament, and will now face Rafael Nadal in the round of eight.

In other news in the men’s draw, tournament favourite Novak Djokovic didn’t have too much struggle in his match despite losing the second set to Tim van Rijthoven. Rafael Nadal won in straight sets over Botic van de Zandschulp and is starting to look dangerous. And Jannik Sinner beat Carlos Alcaraz in a four-set battle of the young guns.

Ajla reaches the quarters once again

Ajla Tomljanovic has equalled her 2021 Wimbledon result, reaching the quarter-finals two years in a row after a victory over veteran Frenchwoman Alize Cornet, a feat that hasn’t been achieved since Jelena Dokic 22 years ago.

It was always going to be tough playing Cornet, who ended the world number one Iga Swiatek’s 37 match-winning streak in the previous round, but Tomljanovic showed her heart by battling back from a set down to win an unusual match that featured 16 breaks of serve.

Tomljanovic held her nerve while the determined Cornet fought to the very end, and will now face 17 seed Elena Rybakina, who beat Petra Martic in her fourth-round match.

Simona Halep easily took out fourth seed Paula Badosa, who was only able to win three games throughout the whole match. Halep now faces 20-year-old Amanda Anisimova, who finds herself in her first Wimbledon quarter-final after beating France’s Harmony Tan.

The highest remaining seed (third) Ons Jabeur won through over Elise Mertens, while fourth seed Jelena Ostapenko fell to the unseeded 103rd ranked Tatjana Maria in another huge upset on the women’s side.