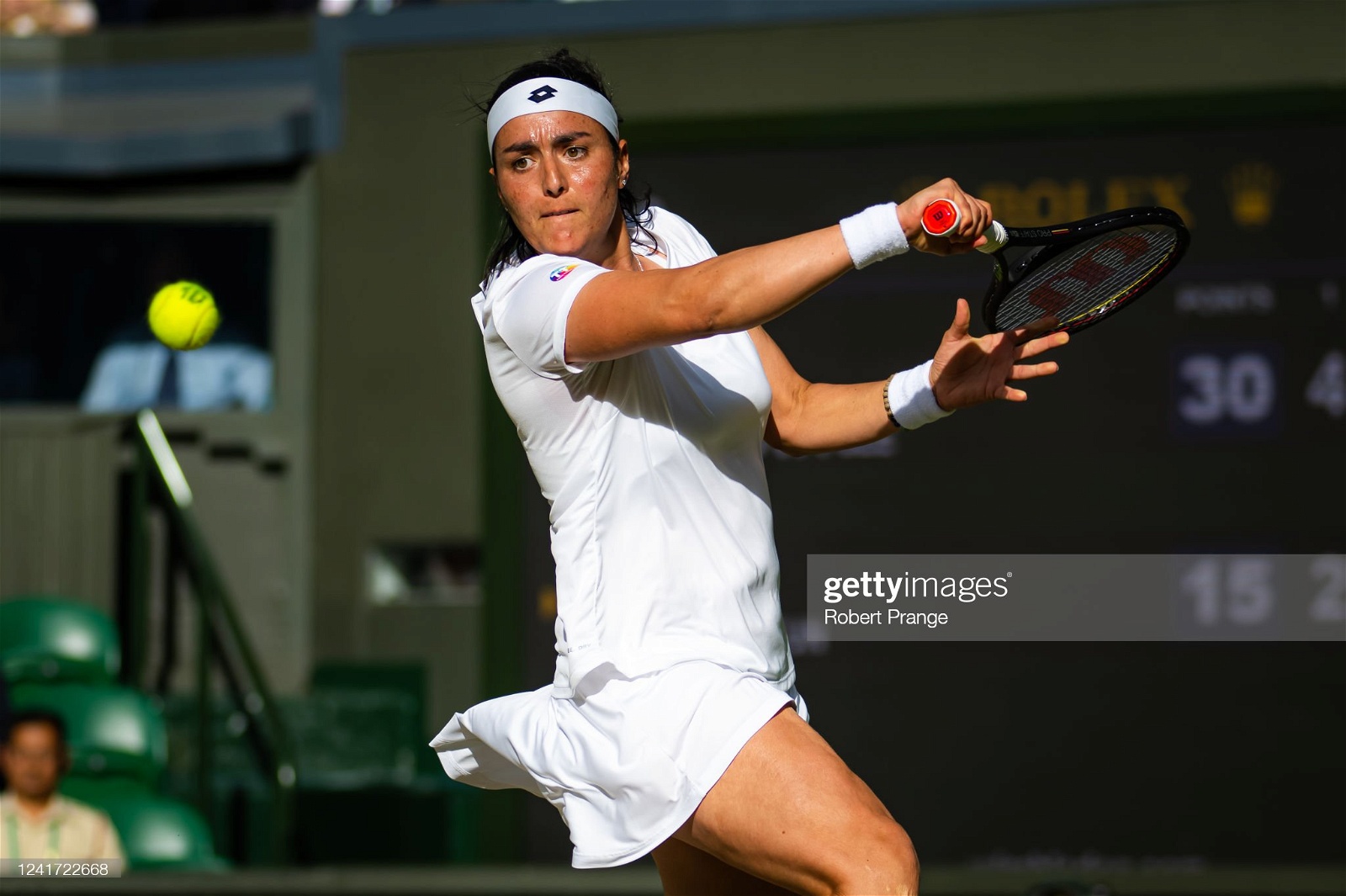 Wimbledon 2022: Singles finals locked in while the wheelies begin

Ons Jabeur and Elena Rybakina booked their places in the women's singles final, while Nick Kyrgios and Novak Djokovic did the same. Meanwhile, the Wheelchair events got going with familiar faces looking to win a maiden Wimbledon title

Wimbledon 2022: Singles finals locked in while the wheelies begin

Ons Jabeur and Elena Rybakina booked their places in the women's singles final, while Nick Kyrgios and Novak Djokovic did the same. Meanwhile, the Wheelchair events got going with familiar faces looking to win a maiden Wimbledon title

As the singles and doubles events reached their final stages at Wimbledon 2022, the wheelchair events kicked off with Heath Davidson representing the Aussies in the quad wheelchair events. Meanwhile, Nick Kyrgios got a golden ticket to the men's singles final.

After breaking Australia's hearts in the quarter-finals, Elena Rybakina stunned everyone when she took on 2019 Wimbledon champion Simona Halep.

The match opened with Rybakina cruising to a three-game lead, her inconsistent serve giving Halep just as much trouble as her previous opponents.

Halep wasn't looking quite as firey as she had in her previous games but held serve in her second service game.

Both players held serve for the remainder of the set, although not as cleanly as they had in previous matches, both stealing points off of one another's serve but failing to convert.

The initial break was good enough to give Rybakina the first set, becoming the first player since Mihaela Buzărnescu in the second round of Wimbledon 2019 to take a set off Halep at the tournament.

The second set opened with Rybakina breaking Halep's serve again in a seven-minute game, with Halep's serve failing her, losing three points to double faults in the game.

Three games later it seemed like Halep was mounting a comeback, breaking the 17th seed's serve in the first 40-0 game for the match.

However, that didn't last long with the Romanian getting broken due to a double fault on break point for the second time in the set.

The remaining games were less of a scrap for both players, with Halep winning yet another 40-0 game and sneaking points off of Rybakina.

But it wasn't enough, with Rybakina working her way to match point before hitting a backhand winner to book her spot in the women's singles final for Wimbledon.

Third seed Ons Jabeur continued her incredible run against Tatjana Maria in the semi-final, battling through a lull in the second set to claim victory.

It only took three games for Jabeur to break Maria's serve in the first set, challenging the German's serve consistently throughout the opening set letting fans know she intended for this match to go to script.

The third seed powered through the first set, finishing Maria off with a 40-0 service game.

The second set opened with both players holding serve before Maria managed to break for the first time in the match in the fourth game.

Jabeur came close to breaking back in the following game but the German held strong not allowing herself to get muscled out of the tournament without putting up a fight.

The set continued with both players holding serve but Jabeur couldn't steal back a break and was looking for a reset with the set going to Maria to send the match to three sets.

The third seed was back firing immediately in the third set, the reset between sets clearly helping Jabeur as she powered through the opening games.

Not only was Jabeur firing in the third set but Maria struggled to steal back the momentum she picked up in the second set all too soon sitting at 5-0 down.

Avoiding the dreaded doughnut, Maria won the sixth game of the set hitting two volley winners in the process.

But it was too little too late, with Jabeur sealing her place in the Wimbledon final with another speedy game to end the third set in 27 minutes.

Kyrgios gets his golden ticket

Aussie Nick Kyrgios was facing the fight of his life against 22-time Grand Slam winner Rafael Nadal, however, the script was flipped before either player could step out on court.

Struggling with an abdominal strain in previous matches Nadal announced he'd be withdrawing from the tournament on Thursday, guaranteeing Kyrgios' place in his first Grand Slam singles final.

He'll face Serbian Novak Djokovic, who he has a 2-0 record over however, it will be the first time the two face off in the five-set format.

The UK's hopes were dashed by Djokovic when Cameron Norrie went down in the semi-final, booking his spot in his 32nd Grand Slam final.

Norrie got out to an early lead claiming the first set in 32 minutes, breaking the top seed three times in the opening set.

However, unlike Sinner in the quarter-finals, Norrie couldn't keep up the pace in the second set, with Djokovic switching into gear and not giving Norrie the same openings he did in the first, claiming the second set after breaking the Brit late in the set.

Djokovic extended his three-game streak at the end of the second set in the third, winning the opening two games, before Norrie claimed his first game in half an hour, hitting three winners before forcing an error from Djokovic.

But it wasn't enough and the Serbian cleaned up the third set in under 40 minutes.

It looked like it was going to be over all too soon at the beginning of the fourth set with Djokovic winning the opening two service games.

Even with the crowd behind him Norrie was struggling to win his own service games needing to hit winners with the top seed making very few errors.

No moment was this more obvious than in the fifth game of the set which went on for 10 minutes and saw Norrie hit six winners and an ace to claim the game.

Djokovic followed the marathon game up with a smooth 40-0 game, looking at ease in the final set.

Both held serve for the rest of the match, with Djokovic locking his spot in the final set to face a very fresh Kyrgios.

No Alcott means a new champion

In the quad wheelchair singles event fans are in for a first-time Wimbledon champion following two-time winner Dylan Alcott's retirement and with an expanded draw eight players were looking to earn a spot in the semis.

Australian Heath Davidson had a battle on his hands when he drew Great Britain's Andy Lapthorne in the quarter-finals. The Australian cleaned up early winning the first five games before Lapthorne managed to briefly stop the bleeding and break Davidson's serve.

The Australian finished off the set breaking Lapthorne again before getting to work in the second set. Much like the first Davidson got out to a five-game lead in no time at all, but Lapthorne mounted a much stronger comeback this time, winning three consecutive games, breaking Davidson's serve once in the process.

However, the early lead was enough for Davidson to finish the match and book his spot in the semi-finals of a grand slam for the third time in 2022.

Davidson will face top seed Niels Vink who finished off Brazil's Ymanitu Silva in 48 minutes only losing two games for the match.

Vink's countryman and second seed Sam Schroder was the lone quarter-final victor that had to play three sets, facing Koji Sugeno. The first set was a battle between the pair with Schroder winning 6-4 before the match changed on its head.

Sugeno claimed the second set in six straight games, with Schroder unable to convert despite still being in the contest. Then it flipped once again with Schroderwinning the third set 6-0 to book a spot in the semis against Wagner.