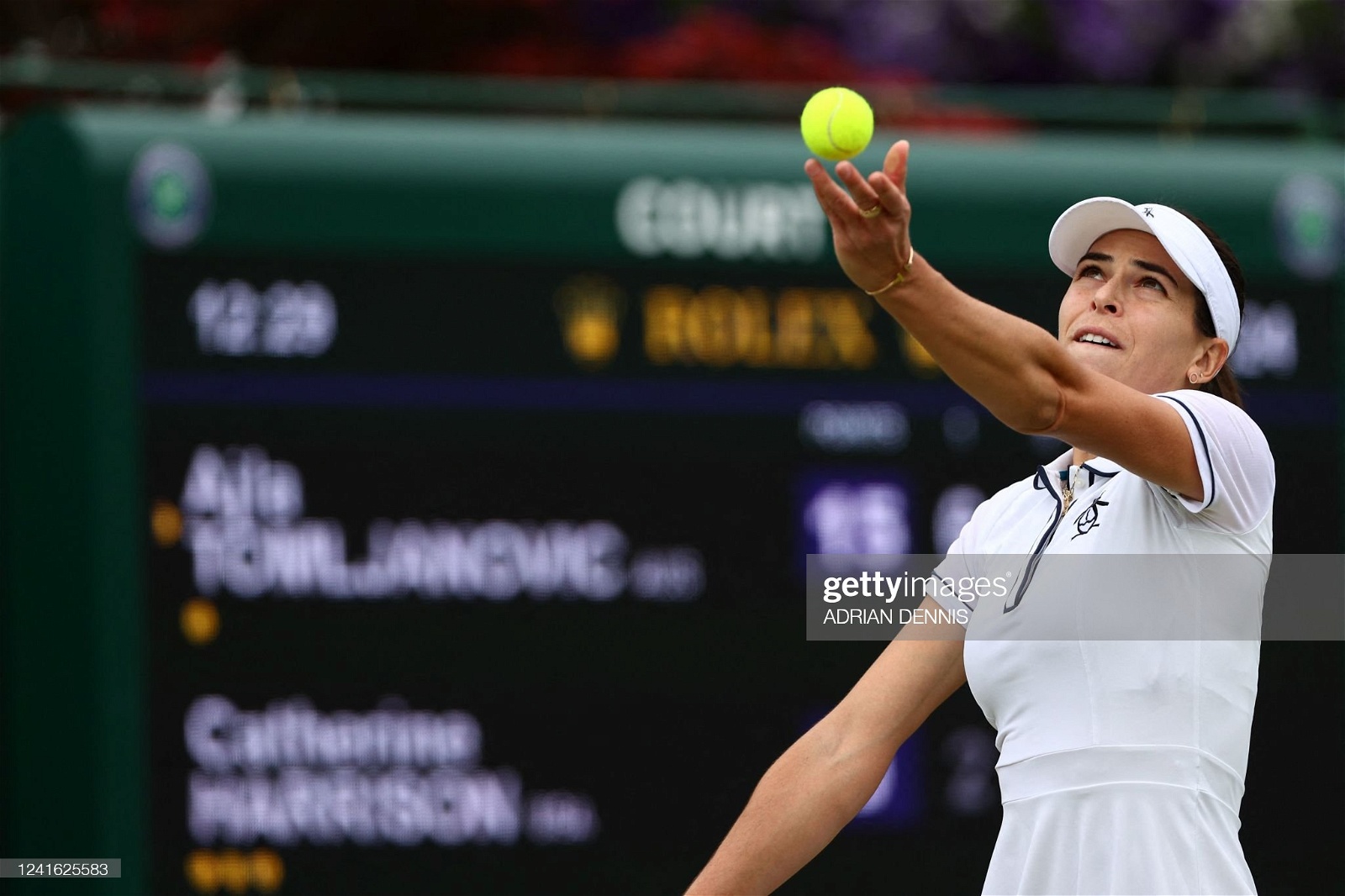 Round Two of Wimbledon 2022 saw cracking performances, delays and heartbreak for the Aussie contenders with only three through to the third round.

Round Two of Wimbledon 2022 saw cracking performances, delays and heartbreak for the Aussie contenders with only three through to the third round.

Both players held serve in the opening games but by the third game, Tomljanovic found a way to break. It wasn't easy for the Australian with the game lasting 14 minutes, going to deuce a whopping 10 times before she managed to break the American's serve.

From there Tomljanovic was in control winning the next three games, only dropping five points in the process.

Harrison had to fight to win a second game in the first set, saving one set point in another long-haul game, where the American was able to walk away the victor.

But Tomljanovic only needed one more game to take the set, serving out the set with ease.

The Aussie opened the second set looking just as comfortable as the first, breaking Harrison's serve in the opening game before holding serve to go 2-0 up.

However, the American wasn't going to let Tomljanovic dictate the terms of the set just as easily as she had in the first. Managing to hold serve before breaking Tomljanovic for the first time.

Tomljanovic wasn't about to let momentum swing too far against her, breaking back in the next game before winning nine consecutive points across three games, including breaking Harrison at 40-0 in the seventh game of the set.

Once again Tomljanovic served out the set with ease to finish the match looking just as comfortable as she had at last year's Wimbledon.

She'll face 13th seed Barbora Krejikova in the third round who comfortably defeated Switzerland's Viktorija Golubic in the second round.

Britain's top hope Emma Raducanu was one of the big women's seeds to fall in the second round, defeated by Frenchwoman Caroline Garcia in straight sets.

The lone seeded Australian at Wimbledon this year, Alex de Minaur took on Great Britain's Jack Draper in the second round.

De Minaur was slow to start, with Draper breaking his serve in the first game and proceeding to hold serve in the following game.

The Australian quickly switched back on holding serve in his next service game and managed to break back three games later to level the first set.

Both players held serve for the next few games before Draper found a way to break De Minaur's serve in the 11th game of the set, the Briton then served out the set despite the Australian's attempt to hold him off one last time.

The opening game of the second set could have spelled a repeat of the first set for De Minaur when he sat at 40-0 down, but helped by two aces and a winner he managed to win five successive points to save the opening service game and start the second set in a stronger position.

From there it was a relatively straightforward set with both players winning their service games in convincing fashion. It was clear early that if this set was going anywhere it was straight to a tiebreak.

Which helped the Australian who was still looking fresh and won all seven points of the tiebreak to take out the second set, helped on by Draper's three unforced errors.

The third set opened with De Minaur breaking Draper's serve for the second time for the match, backing it up with a hold of serve and subsequently breaking again in a seven-minute game.

However, the momentum didn't stay in the Australian's favour forever, with Draper breaking De Minaur's serve in the fourth game and managing to hold serve in the following game.

The 19th seed didn't let the brief slump get him down finishing off the set in three straight games, breaking Draper yet again to enter the fourth set with an advantage.

Both managed to hold serve in the opening games of the fourth set, before De Minaur broke Draper's serve in the third game with a forehand winner.

It was a challenge for both to break again in the fourth set with both Draper and De Minaur looking comfortable on serve until the Australian found a way through once again to break Draper to win the match reaching the third round at Wimbledon for the second time in his career.

Nick Kyrgios was looking happier against 26th seed Filip Krajinovic, dismissing the Serbian in straight sets, showing off just how comfortable he is during grass court season.

Thanasi Kokkinakis couldn't have had a more challenging second-round match-up than Novak Djokovic, getting dismissed in straight sets. Still, the Aussie managed to put up a fight in the second set winning four games before getting polished off in the third.

Another Aussie that had a tall order against a seeded star was Jordan Thompson who was dismissed in just over two hours by fourth seed Stefanos Tsitsipas.

Aussie Jason Kubler will have to wait an extra day to finish up his second-round match against Austrian Dennis Novak, but when play returns on day five it could take just one game to confirm the Australian's first third-round berth at a Grand Slam.