Who's leading the way for Australia at the Oscars?

The Oscars are just under a week away so we take a look at the Australians that are nominated at the upcoming Academy Awards. 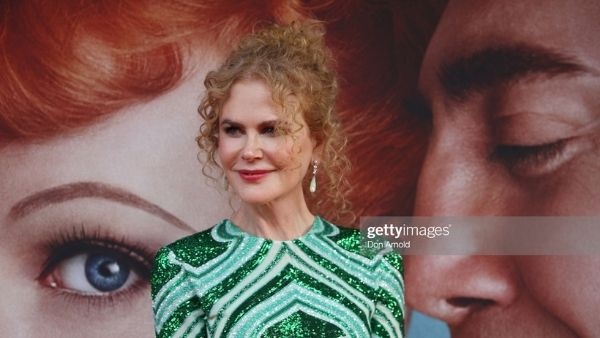 The Oscars are just under a week away so we take a look at the Australians that are nominated at the upcoming Academy Awards.

There are some big names and some newcomers but are all in with a chance to take out the awards in their respective categories.

Nicole Kidman (Being the Ricardos)

Leading the way for the Australians is Nicole Kidman who has been nominated for best actress her role as Lucille Ball in the Amazon filmBeing The Ricardos.

Kidman has already had success withBeing the Ricardos, having won best actress in a motion picture at this year's Golden Globes.

Although she faces some tough competition with the Australian coming up against Jessica Chastain (The Eyes of Tammy Faye), Olivia Colman (The Lost Daughter), Penelope Cruz (Parallel Mothers) and Kristen Stewart (Spencer).

Power of the Dog

The Netflix film is the most nominated at the Oscars with 12 nominations.Power of the Dogwas an Australian and New Zealand co-production.

Power of the Doghas been successful throughout this award season picking up three awards at the Golden Globes for Best film, best director (Jane Campion) and Best Supporting Actor (Kodi Smit-McPhee)

Australian producer Emile Sherman who has previously won an Oscar for his work inThe King's Speechwhich won best picture back in 2011.

Power of the Doghas some tough competition with several great films being named in the same category including West Side Story,King Richard,DuneandBelfast.

Kodi Smit-McPhee (Power of the Dog)

Power of the Dogis Kodi Smit-McPhee's big break with the South Australian bursting onto the scene when it comes to award season calculations.

The South Australian is nominated for Best Supporting Actor at the Academy Awards, the same category that he took home the Golden Globe for earlier this year.

Smit-McPhee will have some tough competition coming up against co-star Jesse Plemons, Troy Kotsur (Coda), J.K. Simmons (Being the Ricardos) and Ciaran Hinds (Belfast)

The final Australian nominated for an academy award is Greig Fraser who is nominated in the Cinematography category for his work on the hit sci-fi movie Dune.

It's been a busy start to 2022 for Fraser whose most recent work included the latestBatmanmovie starting Robert Pattinson and Zoe Kravitz.

Some of his other works include the Disney Plus seriesThe Mandalorian(2019) andLion(2016) which featured fellow Oscar Nominee in Nicole Kidman.