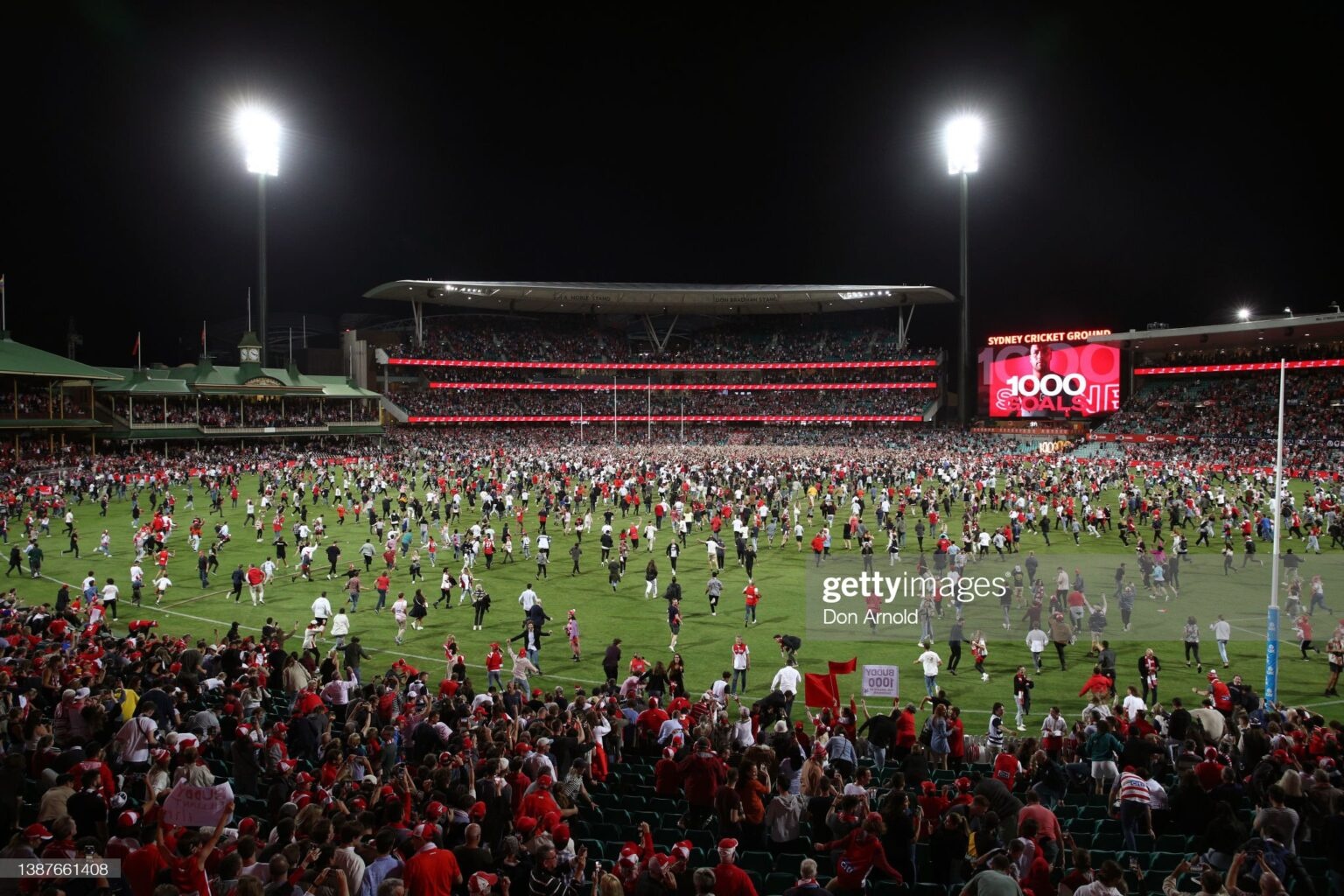 Edge of the Crowd continues to analyse what your club needs to do in the back half of the season with part 2 of this mini-series.

Edge of the Crowd continues to analyse what your club needs to do in the back half of the season with part 2 of this mini-series.

In the 2022 AFL season, some teams are faring better than others, however, there's still a lot to work on for a number of sides. With the middle bye round underway the writers atEdge of the Crowdtake a look at what each side needs to do.

A young, rebuilding side under new coach Sam Mitchell, the Hawks will be feeling good heading into the second half of the season with their ruck stocks improving - after playing with no recognised ruck in Round 11 - as Ned Reeves returns to the lineup after missing a month and a half due to a dislocated shoulder injury he sustained in Round Five.

Hawthorn captain and number one ruck option Ben McEvoy has been sidelined with a neck injury prior to Round Three, with Max Lynch having suffered multiple concussions this year also. The Hawks, who rank third-last and last for hitouts and clearances respectively, should see their fortunes change and help the midfield out especially if they’re to improve upon their ladder position.

The Dees have had a blistering start to the season, setting the tone for the other 17 teams and proving week after week why they are once again the benchmark of the competition.

Last week’s loss to Fremantle- their first since round 19 last year- shows that this team is beatable, but it’s not like the alarm bells are ringing, in fact, that loss might be a small wake-up call and drive this team for the remainder of the season.

Max Gawn, Clayton Oliver and Christian Petracca are by far the most formidable trio in the competition, with all three in heavy contention for All Australian honours. Their defence is rock solid, led by another superstar in Steven May, while their forward mix has given every team a headache.

You couldn’t actually ask this team to improve anything, but if they do then watch out. Back-to-back premierships loom- can anyone stop them in September?

Not a lot has gone right for the Roos so far this year with the club in 17thposition recording just one victory over a depleted West Coast Eagles outfit in Round 2. With seven of their 10 losses being by margins of 50+ points, it is evident the team is a considerable way off those above them.

Number one draft pick Jason Horne-Francis has been a shining light for the club, and Jy Simpkin has also had a good year. While some others have shown potential, there needs to be more consistency across the board.

An important focus for the Roos in the second half of 2022 will be to remain competitive for longer. They need to lift their effort and simply win more of the ball. They currently rank last for disposals, goals, efficiency inside 50, and marks inside 50 among other key stats, this simply needs to change if they want to record a second win of the season.

Well, what can you say about Port Adelaide this season? It really couldn't have started any worse with five losses to start, thankfully they came up against West Coast in round six which would kickstart any team's campaign. Since those five losses to start the Power have gone 5-1 and are now only one win outside of the top eight.

Going forward the Power needs to kick more goals it’s almost as simple as that, they sit 15th in the competition for goals kicked and part of that comes down to Charlie Dixon having missed most of the season. Port Adelaide should be able to make the finals if their winning ways continue, their side isn't all that different to last year so in reality, there is no reason they couldn't go deep into the finals season.

In the second half of the season, Richmond will have to be a lot more disciplined when the side goes out to play, after giving away an equal-most free kicks at this stage of the season. Three of Richmond’s 11 games this season have resulted in giving away more free kicks than receiving them - including a -20 differential against Adelaide in Round Five.

After Round 10, the Tigers had given up 28 50m penalties - double the amount of the next club, Hawthorn with 14. The ill-discipline and ill-natured behaviour from the Tigers is costing them games, and with the club teetering on the edge of the top eight, they’ll want to clean up their act to improve their record on the field on game day with a more controllable temperament and approach to playing, while still displaying the toughness they’ve been renowned for throughout the last five seasons.

The Saints are marching towards the finals with ease thanks to a great first half of the season. The last few years have been up and down for the Saints but it finally looks like the team under Brett Ratten has found that magical winning formula. Currently sitting in the top four, the Saints should be challenging deep into September this season.

Under Ratten, the side has gone for the long ball leading the competition in kicks while sitting towards the bottom half when it comes to handballs. Max King continues to develop well up forward and is currently sitting second in the Coleman with 32 goals. The Saints might be low scoring but it’s been effective and if they can keep up their current work and possibly find their forwards more often then they will no doubt be premiership contenders.

The Swans have been up and down in the first half of the season, with some signature wins (Melbourne, Richmond, West Coast) and some fewer signature performances (Gold Coast, Brisbane). They have shown this year that their best is good enough to match it with the best, but that there is still a big divide between their best and their worst.

Getting Tom Hickey back will help the Swans, as he has been a barometer for them over the last 18 months, proving to be superb recruitment.

The Swans don’t have many statistical outliers, as they are in the top 6-8 for most key statistics. One that stands out is goals, where the Swans sit second in the competition, with two players in the top 20 for individual goals (Lance Franklin and Isaac Heeney). The run of goals comes from two things, both of which the Swans will need to keep up for the rest of the year - moving the ball through the corridor, and bursting from stoppages.

Chad Warner’s highlight reel of bursting from stoppages to create scoring chances is mouthwatering, while Justin McInerney has become an elite distributor, as he consistently brings the ball into the corridor for the Swans.

It’s been a season to forget so far for the Eagles, sitting in position 18thwith a percentage of just 50.7 and only the one victory against Collingwood in Round Four. Injuries and covid chaos riddled the club for the early part of the season but unfortunately, there has been little improvement in recent weeks with some more familiar names in the team.

The Eagles are a long way off finals footy with their major downfall being their ability to win the footy. They’re currently ranked 16thfor disposals, 18thfor contested possessions, 17thfor clearances and 18thfor inside 50s. On the defensive end, they’ve leaked 1276 points through 11 games, 103 points more than North Melbourne who’ve conceded the second most. They also only average 8.5 goals per game which has them ranked 17thin the competition.

They might not have been at full strength yet, but these numbers show there is plenty to work on in the next three months.

After a disappointing start to the season the Western Bulldogs seem to be close to their best which saw them make the Grand Final last season, having won three consecutive although the Bulldogs didn’t beat contenders, they looked a lot stronger than they had towards the start of the season. Although the loss against the Cats showed a lot of the Bulldog's problems, especially in the first quarter.

Bailey Smith has put himself into All Australian contention, averaging 33 disposals per game and bringing that element of tenacity around the ball, averaging 3.9 tackles, which will be interesting to see how the Bulldogs go with Smith missing the next two weeks due to suspension.

The Bulldogs just sit in the eight thanks to a 101 point win over the struggling Eagles last week and to be able to stay in finals contention, they need to be able to kick a winning score which as simple as it sounds, it’s something the Bulldogs have struggled with. In Round three against Sydney, they almost lost the game through their inaccuracy in front of goal, kicking 17 behinds.

In the game against the Tigers, the Bulldogs lost by 38 points and the Bulldogs kicked 7 goals 19. It also comes down to efficiency in forward 50 as when the Bulldogs come up against teams like Melbourne and Geelong with strong backlines, bombing it long into Aaron Naughton won’t work, especially when you’ve got strong goal kickers in Cody Weightman and Josh Dunkley going inside forward 50.