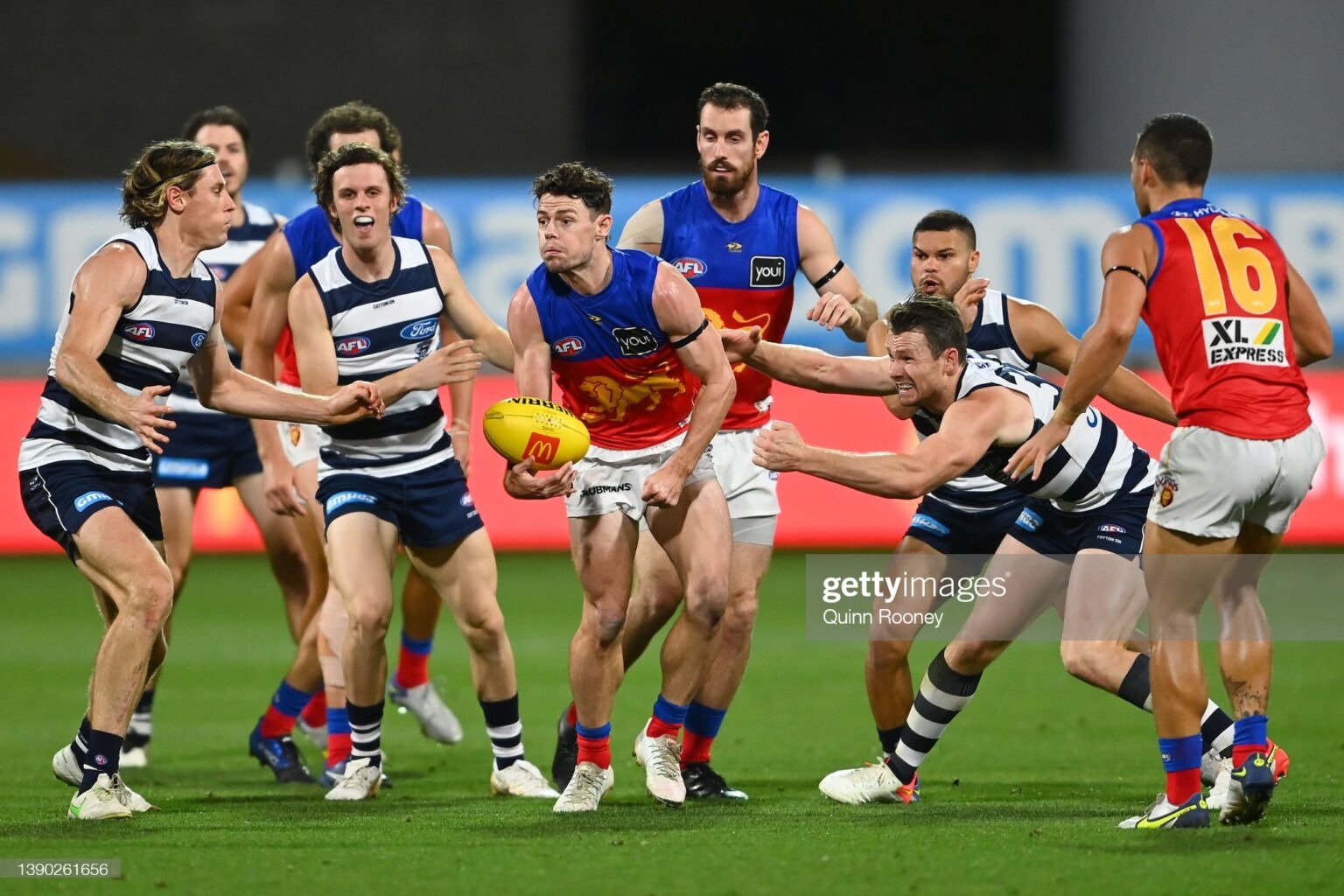 Edge of the Crowd looks at each AFL team and analyses what each of them needs to do in the back half of the season to have a successful season.

Edge of the Crowd looks at each AFL team and analyses what each of them needs to do in the back half of the season to have a successful season.

In the 2022 AFL season, some teams are faring better than others, however, there's still a lot to work on for a number of sides. With the middle bye round underway the writers atEdge of the Crowdtake a look at what each side needs to do.

The Crows had a nice start to 2022 where they recorded wins over archrivals Port Adelaide, as well as Richmond and the Western Bulldogs. Some narrow losses against Fremantle and Essendon stopped them from potentially starting the season with a 5-1 record, however, a now five-game long losing streak sees the Crows once again battling in the bottom four.

There are some positives to carry into the second half of the season with Ben Keays in career-best form and amassing huge numbers alongside Rory Laird in the midfield. First-round draft pick Josh Rachele has shown that he is an elite talent, while Tom Doedee continues to be a rock in defence, and Taylor Walker keeps on kicking goals.

Adelaide faces both North Melbourne and West Coast twice in the back half of the year, while games against Gold Coast, Hawthorn, and Collingwood shape as winnable games.

There is no doubt the Lions are in a good spot, they are currently roaring in second position only behind the Demons, the question going forward will be if the Lions can go further than last year and make it to that final Saturday in September.

The Lions have gone with a kicking heavy game with Chris Fagen wanting to go long and go hard to find the men up forward. One area they need to improve is their marking game, for a side that kicks so much they should be up the top in terms of marks but they currently sit sixth on this metric.

There will be two key players for the Lion's finals chances, firstly Charlie Cameron who is currently leading the Lion's goal kicking with 27. The other is rather obvious, Lachie Neale is a disposal machine also getting plenty of clearances, being ranked top five in the AFL for both measures.

The Blues have played some fantastic footy so far this season, but with star defender Jacob Weitering becoming their latest injury blow, the club’s depth will certainly be tested after this week’s bye.

While Round 12 presents a very winnable game against the struggling Bombers, the three weeks to follow against top four sides Fremantle (third) and St Kilda (fourth), then top eight contenders Richmond, will really test how good they are and how deep their list goes.

If they can stabilise their defence without Weitering, expect the Blues to keep winning games on the back of the blistering form of Coleman Medal leader Charlie Curnow and the midfield quartet of Patrick Cripps, Sam Walsh, George Hewett, and Adam Cerra.

The Blues fans should be excited with a return to September looming and some big names to return towards the pointy end of the season. Watch out.

Collingwood have had a great fortnight, beating two of the current teams in the top five in Fremantle and Carlton, as well a close win over Hawthorn have put the Magpies right back into contention for the top eight.

Collingwood have looked a lot better going inside 50 than they have for the past few seasons with there being less of that bombing it long and hoping for the best, whereas now Collingwood have opted a lot more for that pinpoint kick. A lot of that has come from more of the smaller forwards starting to step up with Jack Ginnivan having kicked 21 goals from his 10 appearances this season.

Collingwood have a lot of winnable games towards the back half of the season, including Essendon, North Melbourne and Adelaide so to secure a finals spot it’s important for them to win as many of those as possible.

A season that looked to have such promise has not started that way for the Bombers. Currently, with two wins and nine losses to its name, the club seems to have dropped the momentum it had at the tail end of 2021.

Granted there have been injuries that have kept key players on the sidelines, but in some areas, the Bombers’ ability appears to have slipped.

Darcy Parish leads the season in disposals averaged per game with 35, ahead of Melbourne’s Clayton Oliver on 33.8, but he does not have the structure and support required of his fellow midfielders. If this doesn’t improve then his side will continue to done over in the mid.

They need to make the most of their opportunities when entering the forward 50, too. In 2021 the Bombers were ranked third in the competition in goals per inside 50 as a percentage, but they have since slipped to the lower half of the table. They have strong marking players up forward in Peter Wright, Sam Draper, and recently-returned Harry Jones, so moving the ball by foot instead of by hand could help ease this issue.

After an incredible performance last weekend upsetting reigning premiers Melbourne, the Dockers face another big test back at home against premiership contenders Brisbane- win that and they’re definitely the real deal.

A second consecutive match at Optus Stadium against Hawthorn brings the Dockers into their bye, where they could potentially have 10 wins on the board, setting themselves up for a red-hot crack at the top four.

The Dockers have been superb defensively this season and led by the likes of Alex Pearce, Luke Ryan, and Brennan Cox, they have conceded just 664 points for the year. If they can lift their inside 50 efficiency (currently 46.9%) and their goal accuracy (currently 45.5%) they will ask questions of any team.

Andrew Brayshaw and Will Brodie are already having great seasons in the midfield, but with the much-anticipated return of skipper Nat Fyfe edging closer, anything is possible for this side.

Geelong has been going steady throughout the first half of 2022, nestled inside the top eight having had some large wins, and three of the side’s four losses so far this season have been by a margin of two goals or less.

The Cats have proven to be a handball-focused team in recent years, and that’s no different this season either, using the ball well all across the ground, to get forward and ensure key forwards Tom Hawkins and Jeremy Cameron can get good looks at goal.

Though, one area where the Cats lack in and could help their transition forward, even more, is their rebounds from the defensive end. While they’ve allowed the fifth-least amount of points against, the Cats are last for rebounds, having only won one rebound 50 count against their opponents - the Magpies in Round Three.

After a decade of languishing towards the bottom half of the ladder, the Suns are finally showing some light through the storm clouds. The 67 point win against the Hawks in their last match was just a single example of where this team could go, and hopefully, Stuart Dew can see out this year and the years beyond with some good results.

The Gold Coast need to continue their high pressure, in tight contested brand of football which has led them to be fourth in the AFL for contested possessions despite being 12th on the ladder. Their ruck Jarrod Witts has been a beast all around the ground putting the Suns up the top for hitouts giving their midfield the first crack at the ball. Finals may be out of the question at this point but if the Suns keep building on the good work so far this year they could be the first sports team on the Gold Coast to work.

The Giants have struggled for much of the season, causing Leon Cameron to depart as coach midway through the season. It’s hard to tell what the Giants want to work on, as Mark McVeigh has only been in charge for two games, but there are a few stats that stand out.

The Giants have been safe with the ball in hand, and have the second-fewest clangers, and the third-fewest turnovers in the competition to this point.

The biggest issue for the Giants is that they haven’t been able to find an avenue to goal consistently. Only Harry Himmelberg is in the top 20 for goalkickers, as too many scoring passages have been hard work and stilted for the Giants. If they can find a clear and consistent avenue to goal in the second half of the year, they are every chance to rise up the ladder.

You can read what the remaining nine sides need to do inpart two.