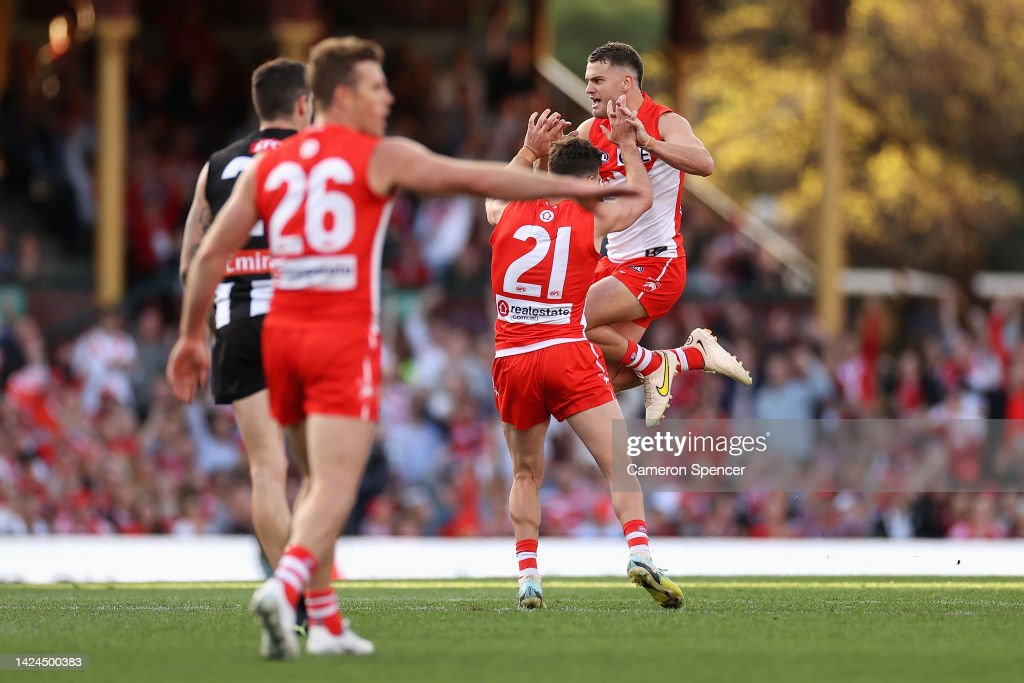 What a premiership would mean for the Sydney Swans

The Sydney Swans are back in the grand final, for the first time since 2016. Few predicted them to make it this far, but now they are here, are they set up for a big showing?

What a premiership would mean for the Sydney Swans

The Sydney Swans are back in the grand final, for the first time since 2016. Few predicted them to make it this far, but now they are here, are they set up for a big showing?

Two years ago, in 2020, the Swans finished 16th in the AFL, with just five wins. It was the bottoming out of a team that seemed to struggle with an aging list and a stale game plan.

There were lots of players who were aging, with not enough run in their legs and not enough pace. The side lacked a ruck presence and had missed Buddy Franklin for the whole season.

As they struggled, it was clear that a makeshift forward line of Tom McCartin and Nick Blakey was ineffective after Isaac Heeney went down with an injury in Round 6.

The Swans had an off-season to remember, as a change in the game plan and key acquisitions fueled a meteoric rise up the ladder.

Over the offseason, Logan McDonald (Pick 3), Errol Gulden, Braeden Campbell (both Swans Academy) and Tom Hickey arrived at the club. There was plenty of excitement about Campbell and McDonald, but it turned out to be the other two recruits who made a bigger difference early on.

Gulden turned up the lights in his debut, with an arguably best-on-ground performance against the Lions in Round 1 of 2021. Hickey also immediately made an impact, but there was more to it.

With the young trio joining an already promising young core that included James Rowbottom, Justin McInerney, Ollie Florent, Tom Papley, Will Hayward, Tom McCartin and more, the Swans were primed for a rise up the ladder.

When Rowbottom went down, Chad Warner entered the fray and hasn't missed a beat in the close-to two years since. He has already elevated to become a premier inside midfielder, and Rowbottom has joined him in that tier in recent weeks.

Looking at the team that will line up this weekend, there are half a dozen names that are different to the 2020 side, but the look of the side is totally different.

The Swans play with speed through the midfield, relentless run after the ball and back. Most impressively, and seemingly difficult to negotiate, is the swarming defence. The Swans never seem to be caught outnumbered in defensive 50, and even when they are, it seems that miracles happen.

With a revitalised Lance Franklin, a blossoming Callum Mills, and an evergreen Luke Parker, the Swans have leaders and talent.

But their young core is still so young. Of the 23 players expected to line up for the Swans this weekend, 16 have yet to have their 26th birthday. This team is still on the rise.

A decade ago, John Longmire won a flag in his second season with a group of aging stars, many of whom had been around since the 2005 flag or shortly afterwards.

This side will probably have one carryover from that day, Luke Parker, who was a fresh-faced 18-year-old at the time. Sam Reid and Josh Kennedy will be on the sidelines this weekend, and Lance Franklin played for the other team back then.

He trusts his guns, and they have given him every reason to. They have not shirked the challenge at all this year, with wins in big moments against Melbourne (twice), Collingwood (twice), Richmond and Geelong on the big stage.

In those matches, it has often been the young players that stepped up to make a difference.

This team has arrived, whether they win this weekend or not. But a win this weekend might give them the confidence to launch a dynasty, like Geelong in 2007, Hawthorn in 2008, or Richmond in 2017.

A young, talented group with a relentless run and pressure game, and a hardness to back it up. They're ready. Bring on Saturday.