Wishlist for the rest of Taylor's Versions

As we wait for the next release of Taylor Swift's re-recordings, we put together a list of what we'd like to see across the final four releases. 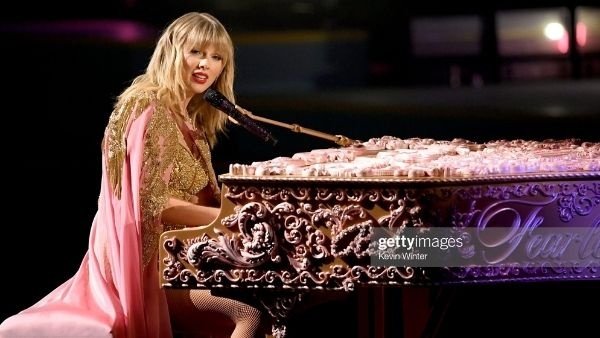 2021 saw the first two re-recordings from pop sensation Taylor Swift, with Fearless and Red (Taylor's Versions) being released in April and November respectively. While both albums were hits, in terms of what's next, there is a blank space.

Although which album and when it will be released is up in the air, it hasn't stopped fans speculating what Swift is planning to include in the re-recorded albums.

For the most part, the songs that are being re-recorded will stay the same, it's the songs from the vault that Swift will experiment with.

So with that in mind, we put together a list of what theEdge of the Crowdwants to see from the remaining four albums.

Growing up in the era of lime wire there was one unreleased song that was on every iPod nano and that wasI'd Lie.I'd Liefalls under the era of Swift's self-titled debut album, with the song having an upbeat catchy tune like many of Swift's earlier songs.

While it was never officially released, Swift did perform it live on a few occasions but it never made the cut for her debut album.

I'd Lieis considered a fan favourite when it comes to her unreleased tracks, especially in the debut era where she performed many of those songs live. Here's hoping that fans finally get it onTaylor Swift (Taylor's Version).

The songMinewas the lead single on Swift's third studio albumSpeak Nowand is one of those upbeat Swift songs that you can belt out at the top of your lungs.

Having the song slowed down makes for a really nice ballad as shown on the hit tv showGlee, when they stripped it back to mainly just a guitar, it really highlighted the voice of late actress Naya Rivera.

It's not uncommon to have included acoustic versions of her songs in the past and while this version won't replace the original it would be a nice addition toSpeak Now (Taylor's Version).

We are Never Ever Getting Back Together (rock version)- 1989 Tour

WhileWe are Never Ever Getting Back Togetheris a number one hit on herRedalbum, on Swift's 1989 World Tour she was able to remaster the song to give it a rock feel.

With the song going from a light and catchy break-up song, she was able to turn it into this angry breakup song just by adding that rock feel to it. Especially the lyric "With some indie record that's much cooler than mine," goes from a sarcastic type line to a line that has that angry feel behind it.

While it's not uncommon for Swift to change up her songs a bit when on tour, this is one that is a standout for many Swift fans.

The collaboration that many fans of Swift have been waiting for is with Swift's close friend in Selena Gomez. They've performed many times on stage together at Swift's concerts in the past but have never featured on the same song before.

While there are rumours swirling that Gomez could be featured on one of the vault tracks for Swift's Grammy Award Winning Album1989,and with Swift dropping a potential easter egg in an interview with Jimmy Fallon where Swift said "I'd do anything to bring up Selena Gomez, anything." it could finally be happening.

Although there is no confirmation that fans will finally get the Gomez x Swift collab that fans have been waiting for, we'll keep our fingers crossed.

While many don't know what Swift has in store for the remaining four Taylor's Versions, based on what we got fromFearlessandRed (Taylor's Versions), it's going to be a very exciting and highly anticipated journey for fans of Swift as we see Swift reclaim her master tracks.