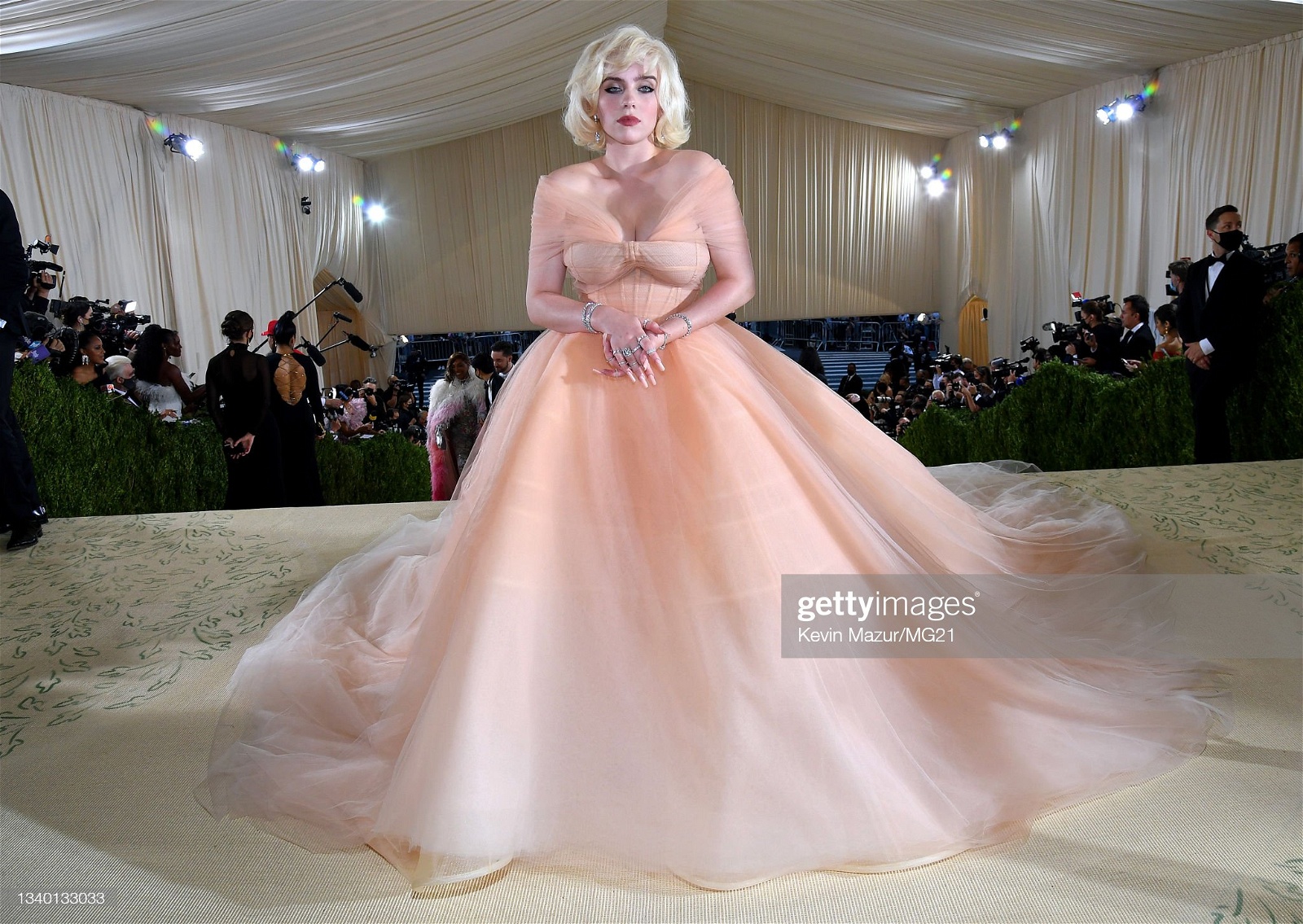 Trying to learn about the Met Gala and its theme while the Gala is happening is absolutely too late. So this year, the fashion aficionados at Edge of the Crowd have established some guidelines for what we want to see at the 2022 Met Gala.

The Met Gala differentiates itself from all other dressy, red carpet social events due to two interconnected factors: theme and costume.

It is an opportunity for its celebrity guests to truly wear something adventurous, that may not befit the decorum of prestigious awards shows or fashion week’s aura of ‘careless chic’. A theme helps link the gala back to the Costume Institute exhibition, while giving parameters to designers and stylists to express their creative visions.

What was learnt from last year’s gala showing is truly that if you don’t ask for glamour, it may not necessarily emerge. So this year, the Vogue editor-in-chief and host of the Met Gala, has explicitly demanded it.

The Gala’s theme, The Gilded Age, is a nod to a specific type of glamorous exuberance,  referencing the period of economic growth experienced in America c. 1870-1900. The theme fits into the Costume Institute’s greater exploration of American fashion history, which asks the question ‘Who gets to be American?’

With these in mind, here are Edge of the Crowd’s expectations for this year’s Met Gala.

It doesn’t have to be Haute Couture per se. But, we want craftsmanship. We want high-concept. We want storytelling. A demonstration of considered thought and effort is much appreciated. Couture is also known for its tailoring, and how obviously well-made it is. A brilliant concept is great, but good execution of a brilliant concept is genius. We want uniqueness and originality.

This is a criterion for Met Gala looks in general, but concept of frivolity is baked into the theme ‘Gilded Age’, during which industrialisation led to massive wealth disparities. The high-end fashions for those at the top of the social pyramid, who had servants to help them don their ostentatious looks, with swaths of fabric and an inconvenient amount of tiny buttons. Met Gala guests have access to stylists and dressers… it’s basically the same thing.

It is the emerging trend of the moment, further exacerbated by the absolute success ofOur Flag Means Death.An exaggerated silhouette that is fully in service to the larger-than-life energy of the event in question.

Stripe alignments that took too way too much fabric

If you can financially recover from your decision to use striped fabric, you simply are not going far enough. Medieval peasants and lords alike should simply pass away if they saw how much fabric was being used for such decorative purposes. Plus, it’s satisfying to see pristine alignments of stripes.

See Old Money has the passive income to sustain the constant laundering their white clothes require, New Money prefers to spend their pay cheques immediately on colours. Riding the wave of gaudy, all colours used should be just a bit too much. Perhaps not so saturated as to be mistaken for camp, but just saturated enough to be jarring for contemporary tastes.

Hollywood is a core tenet of America’s aesthetic history and serves as a treasure trove of inspiration for Met Gala looks. What we mean is, we want at least one person to fully commit to an homage to Scarlett O’Hara’s green dress as per the 1936 film.

We are in full support of corsetry in this household, and we would like to see them reach their full potential in all its “S”-bendy glory. We want silhouettes to be tightly bound, only to be released in huge, full volume. If you don’t look like an Art Nouveau S, you are not doing it right.

A non cis-male in white tie

Although les femmes in les smokings has been a common red carpet trope throughout the ages, the most formal of dress codes has not been fully explored. White tie is highly detailed, allowing for many avenues of self-expression. With all the accoutrements, from cufflinks and studs, to stiff dress shirts and trousers necessitating braid, why would you do anything less?

Further to the previous point, the formality of the white tie dress code should not be seen as restrictive, but as an opportunity to do the absolute most. Every detail can and should be considered and it does not have to be outrageous to be effective.

Millinery with a capital M

We want enough hats to ensure the revival of the millinery industry. We want Phillip Treacy and Stephen Jones to each be able to hire a whole new team of apprentices to train into a new generation of milliners, such is the demand for hats at the Met Gala. And not just any hats, ones which include feathers from at least three endangered birds (or a whole ship) and require a brief intro to engineering in order to stay upright.

Any effort to illuminate a piece of non-white American history is always appreciated. We have a lot more information about the happenings of privileged classes from back in the day because they were the ones who could afford to keep legible, long-lasting records that went on to be studied and written about by historians. The Gilded Age was also a time of mass migration to America from southern and eastern Europe and Asia. With the end of the Civil War and subsequent abolishment of Jim Crow laws, African Americans encountered a new set of challenges and racist structures in their fight for emancipation.

Woman with a fan made of feathers from the Alvan S. Harper Collection

Nods to the OG American designers

Curator Andrew Bolton has put much effort into showcasing lesser known designers in the history of American fashion into the exhibition. Just because a designer’s legacy has not endured to the present day, does not mean that the work they did was not interesting. We want Charles James, not James Charles.

Many of the least impressive Met Gala looks of history have come from stodgy established brands thinking that they are better than the assigned themes. There are so many amazingly talented lesser-known American designers who are full of fresh ideas. The Met Gala offers the resources and the platform that is immensely helpful. A celebration of American fashion would be amiss without them.

Literal replication of a film costume

Zendaya as Cinderella??????? At least it lit up. We want commitment to the spirit of fashionable copying, aka doing it better than the original.

We all know that having money does not necessarily correlate with having taste. And much of the concept of Camp is built upon sincerely doing something that is just not that good. SIncerity matters, especially when it comes to things that are so bad they’re good.

If we could find your white tie-look at a university ball, you are not trying hard enough. Like a late night run to McDonalds, we expect 3 add-ons at the bare minimum.

Having wealthy celebrities commenting on class-based inequalities is most likely well-intentioned, but usually comes off as condescending when the comment is coming from someone who is most likely a part of the 1%. Having said that, it can also bring these topics to a wider audience.

It is the most boring and predictable of the “historical” fashion tropes, to the point where it means nothing. Like, honestly the cultural impact ofThe Great Gatsbycostumes is truly overrated. If it gets relegated to tacky costume shop rental that quickly, then it really shouldn’t be at the Met gala.

The Met Gala is not a Renaissance Faire. Accuracy can be flouted if justifiable, but the hoop skirt is anachronism at its worst. Not to #girlboss #gatekeep #gaslight, but the beauty of the Met Gala is that it allows designers and stylists to dive fully into all the intricacies of fashion history, not to be wasted by slipping on a high school yesteryear theatre costume

Fast fashion on the red carpet, where almost everyone walking it is filthily wealthy, is truly diabolical. Sure, having more accessible brands and designers are great for people with lower incomes to channel their own fashionista, but also promoting ethical and sustainable fashion would be fantastic. This could also be played into the Met’s 2022 theme – ethical and environmentally-conscious fashion is a current movement in the industry, and could comment on where fashion is headed while also acting as a moment in the history of American fashion.

We will accept either an Oscar’s hot or an Oscar’s not, a look with enough conviction to be either one of the other, but I truly do not want to see another off-shoulder mermaid dress with some lace detailing.

Please, there is a time and a place for a cocktail dress, and that is a Wednesday night at 8:30pm on Bravo TV.