What the Ruck - Previewing Round Six

In What the Ruck's latest episode, Rebecca Ruthven, Dani Brown, and Elly McNerney are back to preview another thrilling round of AFLW. 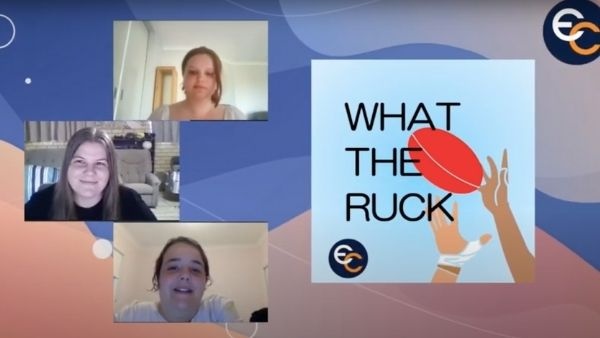 On this week's episode ofWhat the Ruck, Bec, Dani and Elly are back to talk about the hubs, some potential moves in the CBA and preview Round Six of the AFLW.

The Sydney Swans have announced that Scott Gowans will be the inaugural coach of the club's AFLW side which will enter the competition in 2023.

Both the AFL and AFLW will be negotiating a new CBA as the current ones expire. We discuss the possibility of a joint CBA.

Both Western Australian teams are back home in Perth after four weeks on the road to keep the AFLW season alive.

The Saints are still searching for their first AFLW win and it's now be confirmed that the side will be without Georgia Patrikios for the rest of the season.