History made at Emmys 2022 - What happened and what’s special 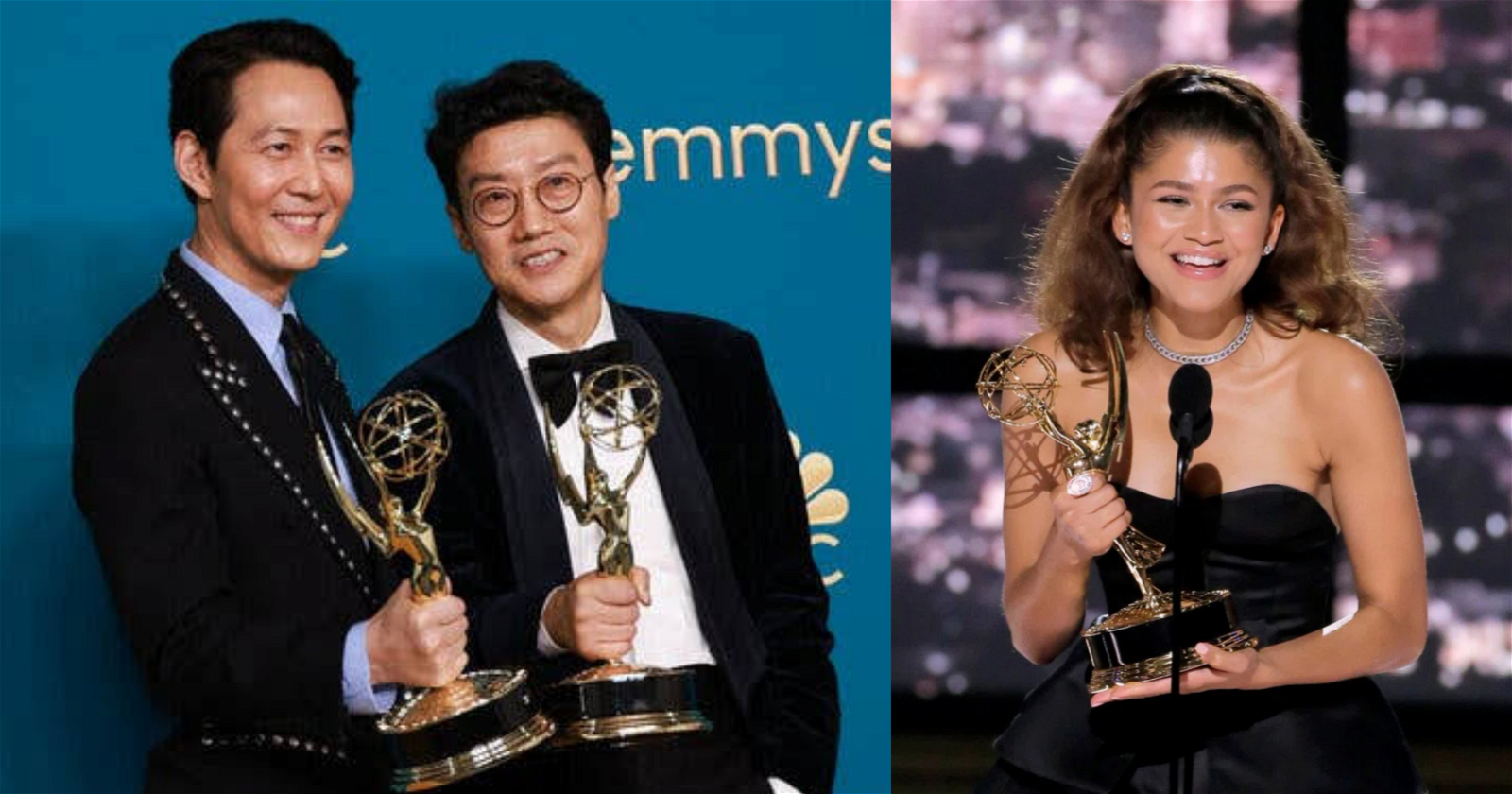 A part of history had made at the 74th Primetime Emmy Awards. Here's our pick of the most notable moments that happened at the Microsoft Theater in Los Angeles, California.

Zendaya Made a History, Once Again

During her acceptance speech, Zendaya thanked those who have shared their stories of struggles and addiction with her. She also said she hopes "Euphoria" can help heal people.

“My greatest wish for ‘Euphoria’ was that it could help heal people, and I just want to say thank you to everyone who shared their story with me", she said.

"Squid Game", the Netflix No. 1 Show of all time with 1.65 Billion hours streamed in the first four weeks, became the first non-English Television series to win Emmys. Squid Game was nominated for 14 Emmy awards, including major categories such as best writing, directing, and acting. South Korean actor Lee Jung-jae, who played the lead character Seong Ki-hun, also known as player 456, has become the first Asian to win the Emmy for best actor in a drama. Hwang Dong-hyuk, director of "Squid Game", also won the Emmy for best drama series direction for the first episode of the series. During his acceptance speech, Hwang said that he expected the awards to open doors for other Asian creators.

Although "Squid Game" was distributed by a global production company Netflix, it was mainly targeted and produced in the Korean domestic market. It is a very unusual case that such a TV series has become an iconic show loved by people worldwide. The case of "Squid Game" is sure to serve as an opportunity for unique TV series and films from various countries to be known to the world.

Who Smiled, Who Cried?

The biggest winner of the night was "The White Lotus". This  American comedy-drama show won ​​five awards in major categories, including the outstanding limited series, writing and directing, and acting.

If there's a winner, there gotta be a loser. What were the biggest snubs of this year's Emmy? Arguably they were "Better Call Saul" and "Yellowjackets". This critically-recognised Breaking Bad prequel was nominated in seven major categories, including best series, directing, writing, and acting wone none of them. Across multiple seasons, the show has been nominated 46 times but has never won any Emmys. The final episode of the series was released last month. However, it has one more chance next year. "Yellowjackets", the female-led drama series created by Ashley Lyle and Bart Nickerson, was also unable to win any of its seven nominations.