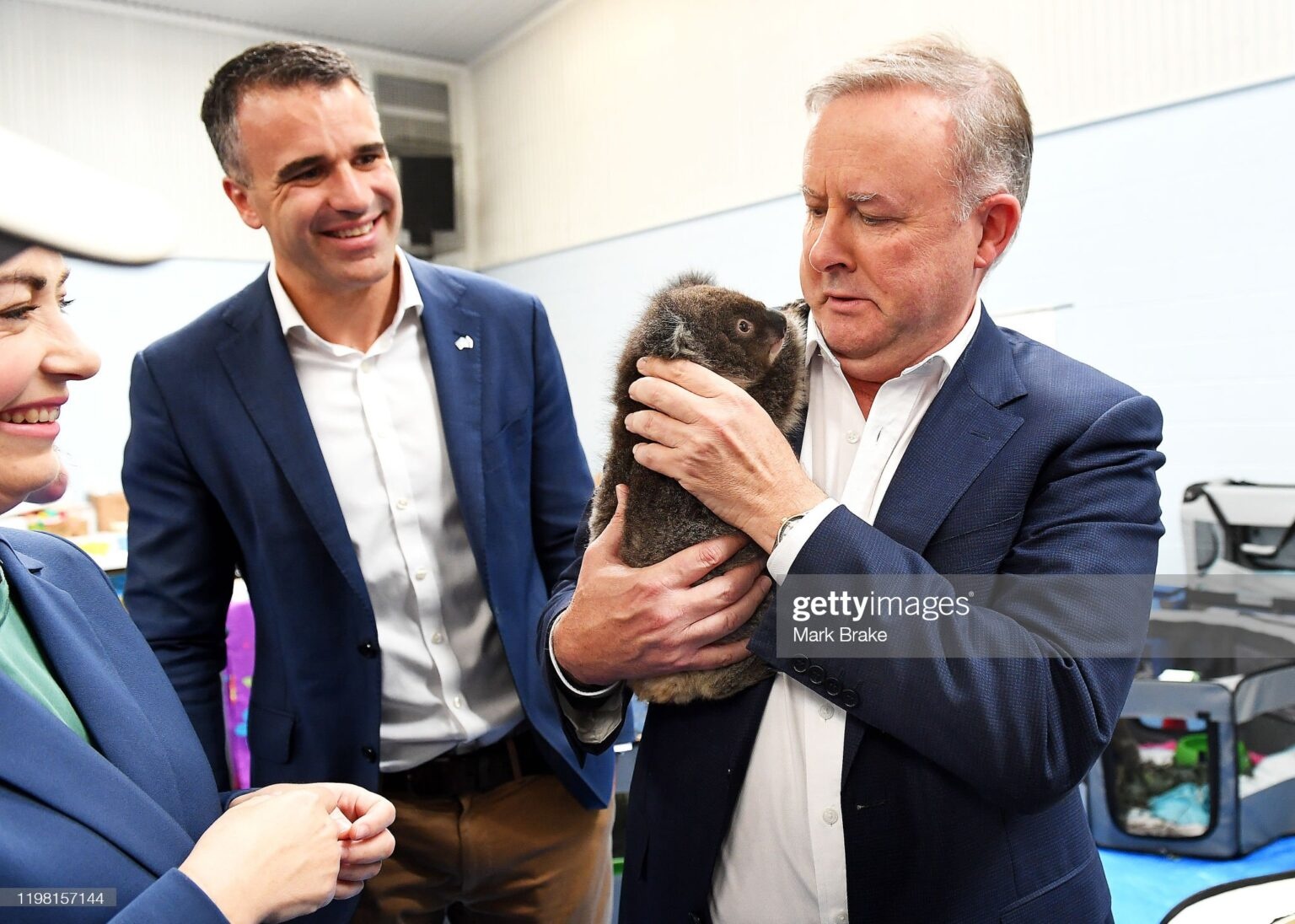 What does a South Australian Labor win mean for the federal election?

With a big South Australian Labor win on Saturday, it has everyone asking the question what does this mean for the Federal Election?

What does a South Australian Labor win mean for the federal election?

With a big South Australian Labor win on Saturday, it has everyone asking the question what does this mean for the Federal Election?

While state elections can't always predict the votes of an entire nation, they are certainly at least an indicator of an overall mood. The question now for Anthony Albanese and Scott Morrison is whether the Labor parties win in South Australia will mean anything with a federal election only a couple of months away.

It's been a resounding win for the South Australian Labor part, with ABC election analyst Antony Green calling a Labor victory at only six minutes past eight last night. While there are a couple of seats still in doubt, there is no doubt that  Peter Malinauskas has led the Labor party to take power away from the SA Liberals after only one term in power.

What do the changing seats mean for the Federal election?

South Australia recently went under a massive redistribution of seats which in some ways has helped the Labor party secure victory but has also hindered what could've been an enormous margin of victory.

If we put the independent's victory aside, the other changing seats were all Labor party gains. Firstly, the seat of Adelaide has had a 7.1% swing to Labor outside Rachel Sanderson of the Liberal Party. On a federal level, this seat is held by Labor's Steve Georganas by a margin of 16%, so it's fair to say this shouldn't have a huge effect federally.

An interesting seat is Elder, which encompasses the city's southern suburbs. Labor's Nadia Clancy has defeated Carolyn Power with a 7.5% swing. On a federal level, the seat of Boothby, which encompasses Elder, is currently held by Nicolle Flint of the Liberal party but by only 1.33%. Any swing towards Labor and the Liberals could easily give up this seat.

The other three seats to swing to the Labor party on a state level are already firmly held Labor seats on a federal level, especially the suburbs of Spence and Makin in the north of the city. One interesting case will be the seat of Spence with Nick Champion, the current member moving to state politics and winning his seat of Taylor on Saturday night.

Is the COVID-19 honeymoon over?

Through the pandemic, we have seen political parties in Australia essentially rewarded for their excellent work of containing the spread of the virus for most of the last two years.

We first saw the Queensland state government not only retain but gain four seats due to their response to the pandemic.

Of course, there was the famous WA demolition of the Liberal party as Mark McGowan was given a thumping majority in response to his pandemic response.

Today though, we have seen every state essentially give up on the COVID zero policies that were so popular during 2020 and 2021. People have largely moved on from the pandemic, and so has politics.

Yesterday's Liberal Party election loss was the first change of government since the pandemic. All of the good credit bought over the last few years is gone, and Scott Morrison should be worried by that idea.

In some ways, we have already seen the erosion of this good grace over the last few months. Whether it was the Hawaii trip or, more recently, the Queensland and Northern New South Wales, we have seen other issues creep into the agenda against the Prime Minister. It's fair to say this election will no longer just be played on the COVID-19 response, and in some ways, this will benefit both major parties.

Are the policies completely different?

It's well known that South Australia is a progressive state. It was the first jurisdiction in Australia to give women the vote, and that progressive attitude has continued onto today. That has resulted in a Liberal party that is very different from a federal party that also has to appeal to Northern Queensland.

All of the policies of the federal election are yet to come out. Still, we can pretty much assume the Labor party will be health and education focused, with them likely dropping a lot of the big tax policy that was so unpopular in 2018.

The Liberal Party will continue their tax cuts and focus on the employment rate, and defence as international relations with Russia and China come more to the forefront.

In South Australia, it was a very different kind of election. Both sides went with huge policies in both infrastructure and health, while Labor went in with the policy of buying back the Adelaide Metro terrain network. Labor also promised to bring back the Supercars race to the city, which left the state in recent years.

While Labor promised to stop SA government funding of anything with Russian assets, this being a state election was essentially the furthest international relations came into the campaign. There is no doubt that Scott Morrison will be leading with the idea that he will be more robust against Russia and China than the Labor party, even if that isn't exactly the case.

Overall, the policies won't make a massive difference on a federal level, especially with it looking like the federal campaign will essentially rely on a defence and culture war election, especially from the Liberal Party, who will be looking to distract from recent controversies.

With a huge win for the South Australian Labor Party last night, Scott Morrison has every reason to be worried. Over the next couple of months before the polling date, the question is if the state election results for South Australia translate into more votes for Anthony Albanese.

Edge of the Crowd will be covering the race over the next two months; make sure you are following to keep up to date with all the goings-on of Australian politics.