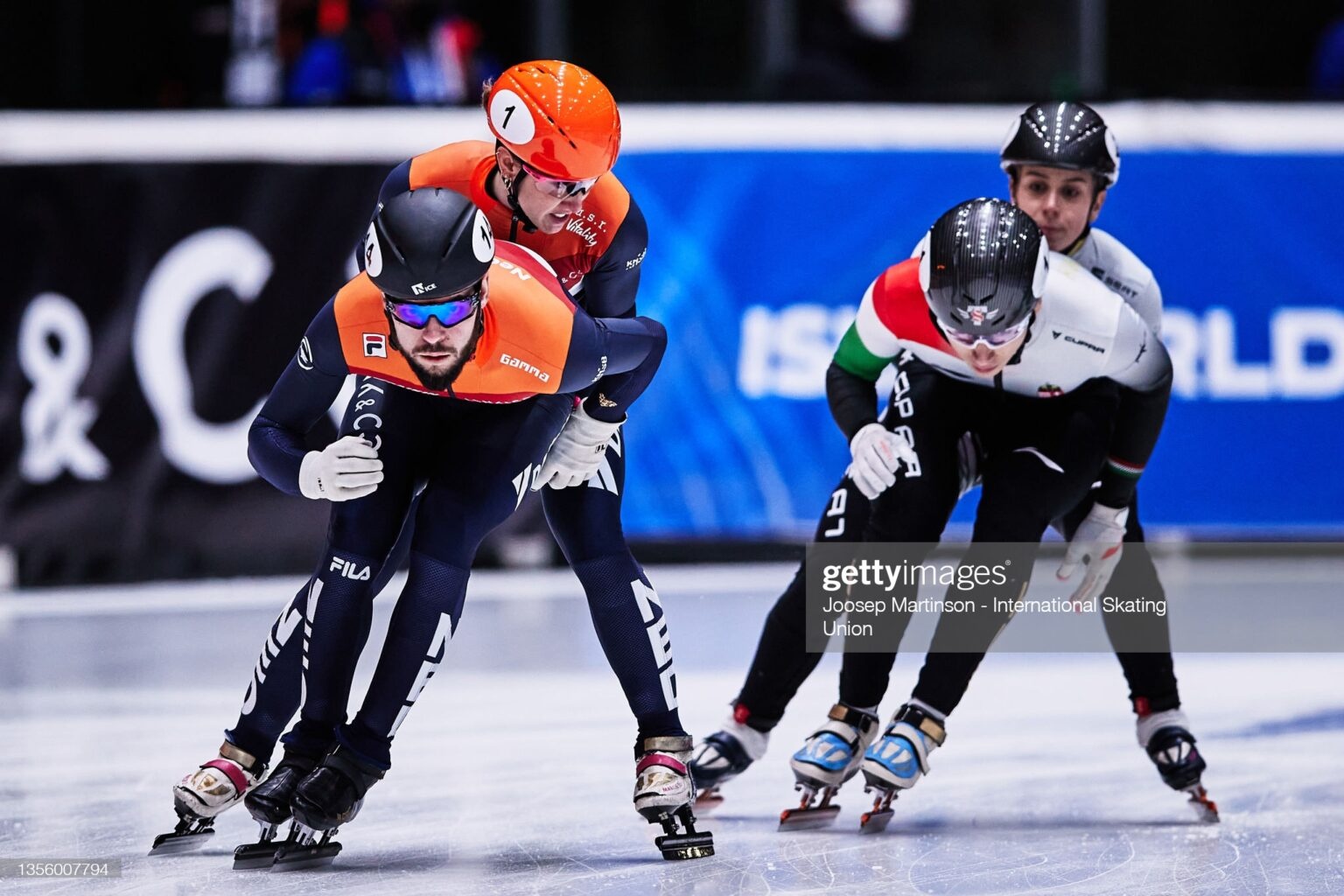 What are the new events at Beijing 2022

Seven events will be contested at the Olympics for the first time in Beijing this year, ranging from five different sports, with four new mixed team events.

What are the new events at Beijing 2022

Seven events will be contested at the Olympics for the first time in Beijing this year, ranging from five different sports, with four new mixed team events.

Seven events will be contested at the Olympics for the first time in Beijing this year, ranging from five different sports. Freestyle Skiing has the most new events with three and four of the new events are going to be mixed events similar to the push for new mixed events at Tokyo 2020.

Edge of the Crowdhas taken a look at the seven new events and has explained what to expect and who some of the medal favourites are.

Bobsleigh will finally have two women’s events a part of the Olympic Programme when the Women’s Monobob makes its debut in Beijing in 2022.

The Monobob was added as an official IBSF event in the 2018/19 season but it didn’t become an official World Series event until 2020/21, with Kallie Humphries claiming the first and only Monobob World Championship gold in 2021.

Much like the Two-Woman event, each pilot will have four runs across two days and the podium will be determined by a combined time across all four runs.

Qualification was determined from the world standings in the 2021/22 season with 20 sleds qualifying for the Olympics.

Australia’s Bree Walker will be competing in the monobob and stands as a sneaky medal chance with one of the best pushes in the field which will give her an advantage over some of the more experienced pilots. However, Elana Myers Taylor, USA, heads into the event as the gold medal favourite after overwhelmingly winning the World Cup Series this year.

The event will take place from February 13-14 at the ​​Xiaohaituo Bobsleigh and Luge Track.

Four years after the success of Snowboard Big Air’s Olympic debut, the Freestyle Skiing will have its own Big Air event.

Similar to the Snowboarding event it will start with 30 athletes in each event, which will be cut down to 12 for finals. In both qualifying and finals, each athlete will complete three runs and the two best scores will count towards the total score.

For the Finals, the scores will be wiped clean giving event those that just scraped into the top 12 a chance at a medal if they can put down two clean runs.

Australia will have Abi Harrigan competing in her third event in Beijing but right now all eyes are on 18-year-old superstar Eileen Gu who will also be competing in the Halfpipe and Slopestyle and is the gold medal favourite in all three.

Meanwhile, in the men’s event, it’s Sweden’s Oliwer Magnusson that is favoured to win the event. In 2021 the 21-year-old took home gold at the World Championships, but at the World Cup event in Steamboat USA earlier this season it was Austria’s Matej Svancer that took home gold.

One of the new mixed events to increase gender equality at the Games is the Freestyle Skiing Mixed Team Aerials competition.

After featuring in the Freestyle Skiing World Cup programme since 2014/15, and at the World Championships since 2019, the mixed trios will have their turn to earn a medal on the Olympic stage.

Each team consists of three athletes, including at least one of each gender. Part of the intrigue with Mixed Team Aerials is that each National Olympic Committee (NOC) can choose how their team is made up, they can have two men and one woman, or vice-versa.

Athletes’ individual scores are added together and the team with the highest overall score stands on top of the podium at the conclusion of Final Two.

NOCs with at least one woman and one man qualified in the individual aerials competitions will be able to enter one trio for the Mixed Team event.

ROC will be a top contender in the competition, which will take place on Thursday, February 10 at the Genting Snow Park.

The Short Track Speed Skating Mixed Team Relay event was introduced in the 2018/19 World Cup program and will make its Olympic debut at Beijing 2022.

Mixed Team Relays have been a part of the Youth Winter Olympic Games since 2012, however, the format has been different with teams formed by athletes from different NOCs.

In Beijing, skaters will represent their own NOCs and must have qualified for the men’s or women’s relay or individual competitions to be included.

China is the clear favourite to take gold after setting a new world record last October in the Short Track Speed Skating World Cup event in Beijing, which was also a test event for the Olympics.

It will be the first race of the Short Track Speed Skating program, with the heats and finals run on Day One of the Olympics, Saturday, February 5.

Another Mixed Team event that will debut at Beijing 2022 is the Ski Jumping Mixed Teams, which made its first World Cup appearance back in 2012.

It has featured at World Championships since 2013 and has finally been added to the Olympic schedule for this Winter Games.

Taking place on the Normal Hill, jumps are scored on distance jumped and style points earned, with further points added or subtracted to account for gate and wind.

The distance of a jump is measured along the curve of the landing hill from the takeoff point to where the jumper lands. Style points are awarded by five judges, with the highest and lowest scores eliminated.

Each team consists of two female and two male athletes, and only NOCs who have qualified a minimum of two females and two males in the individual competitions will be eligible to enter a team.

Skiers must compete in the order: woman-man-woman-man across a trial round and then two competition rounds, with only the top eight advancing to the second round of competition.

Taking place on Monday, February 7, with Germany the favourites to become the first Olympic Champions in the Ski Jumping Mixed Team event.

Mixed Team Snowboard Cross will make its Winter Olympic debut in Beijing, in another example of the Games adding new events to further increase gender equality throughout various competitions.

The Snowboard Cross Mixed Team event has been featured as a discipline in an SBX season for almost a decade, and at various World Cup events since the 2013/14 season.

The event, which will start with 16 pairs of competitors in the heats, consists of two athletes - a male and a female - riding the same course, one after the other.

The male completes the course first, with his placing and subsequent time advantage over the next competitor impacting the female’s staggered starting times for their run. The female snowboarder who crosses the finish line first during their run wins the race for her and her partner as other placings follow.

With Snowboarding usually being a sport that consists of one person riding themselves, the mixed team event requires an improved skillset and mindset to perform well and work with others. It’s important to be able to get a good footing early or risk needing to catch up to the leaders, leaving a high level of responsibility within both snowboarders to help each other’s respective runs to earn good times and placings.