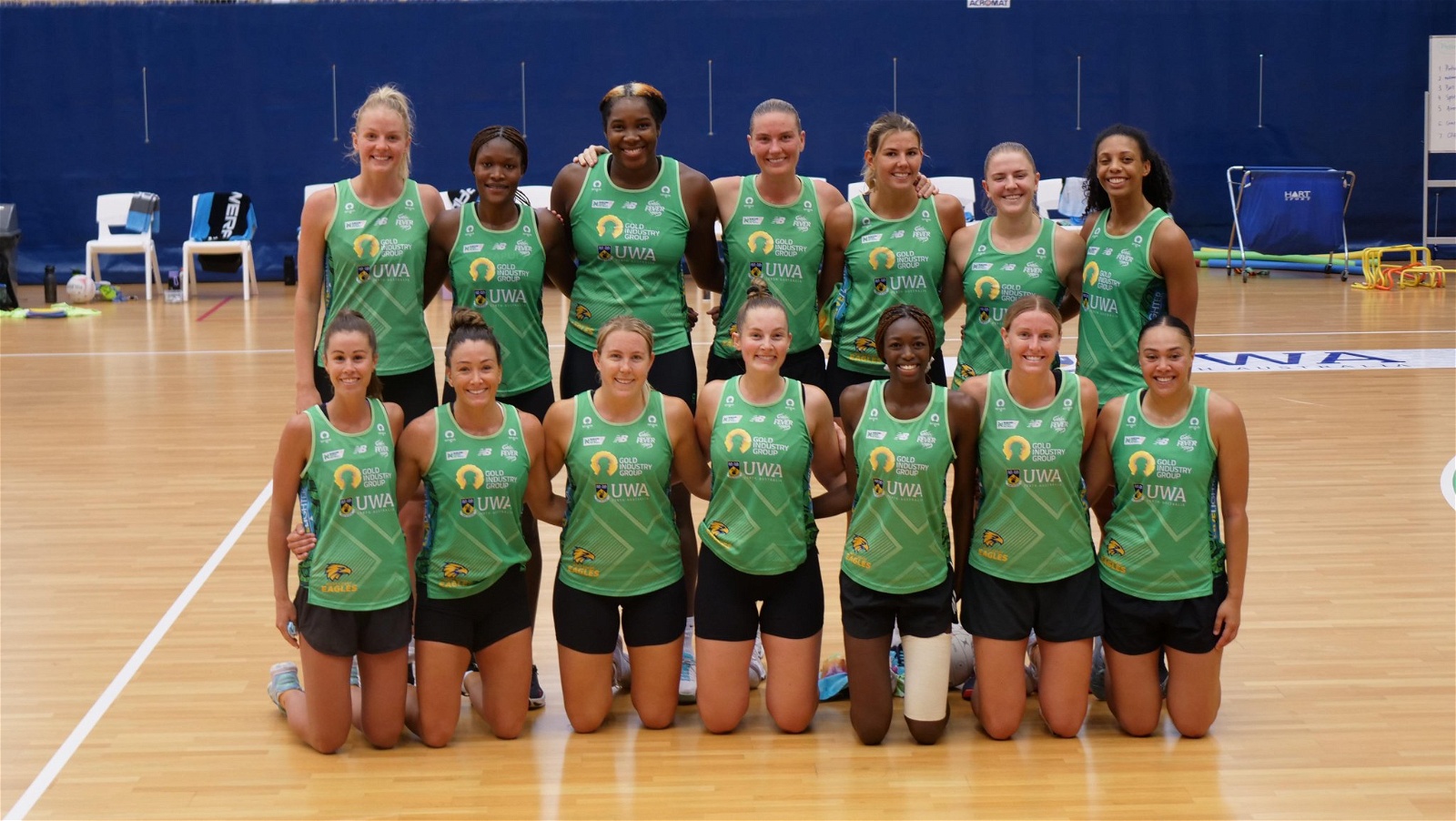 The West Coast Fever have been one of the forces of the competition, will Dan Ryan be the difference for the Fever to finally take home the silverware?

The West Coast Fever have been one of the forces of the competition, will Dan Ryan be the difference for the Fever to finally take home the silverware?

The West Coast Fever have been one of the forces of the competition, and their performance in the preseason was no different. Will Dan Ryan be the difference for the Fever to finally take home the silverware?

After the massive news that West Coast had signed Dan Ryan as its new coach, taking over from Stacey Marinkovich, it was a relatively quiet off-season over in Perth.

The Fever went about their business, picking up Rudi Ellis, who arrived from the Queensland Firebirds and took the place of Olivia Lewis (Melbourne Vixens), and trained away as their state remained cut off from the rest of Australia.

At Team Girls Cup, the Fever immediately showed they'll be a force in 2022. The weekend of netball was particularly impressive given the 10-player squad had spent just 10 days together, their new training partner Chelsea Pitman had not met the team until they all arrived in Melbourne, and the club wasn't confirmed to travel until five days before.

They started with a six goal win over Giants Netball, went two from two on Saturday with wins over the Adelaide Thunderbirds and Collingwood Magpies, but dropped the final to the Vixens, 43-45.

The glaring issue for West Coast, and it was on display once again at Team Girls Cup, was its inability to close out the big matches.

The club has appeared in two grand finals since the Super Netball began in 2017, however, it is yet to achieve the ultimate success and add a trophy to the cabinet.

With few changes and four players who represented their country in the Quad Series, they've got the players to get the job done. They just need to find a way to keep it together

An eight-game winning streak was exactly the start to the 2021 season the Fever were after, given they began on negative 12 points on the standings, as a result of their salary cap breaches in the 2018 and 2019 seasons.

While the NSW Swifts, Sunshine Coast Lightning and Giants Netball touched the side up, the side dominated some contests and opened up huge margins over their opponents.

West Coast's biggest win was a 25 goal smashing of Adelaide, one last game at home before hitting the road to finish the season.

It ended with a devastating three goal loss to the Giants in the preliminary final, a prime example of the Fevers' woes in their most important matches.

COLLINGWOOD MAGPIES SEASON PREVIEW: CAN THE MAGPIES SOAR IN 2022?

Jhaniele Fowler, as an individual, is a huge strength of this side, but as a team, the addition of Ellis to the defensive end makes it all the more powerful and the biggest strength of the Fever this year.

While Bruce is a Diamond goal keeper, and the captain of West Coast, her understudy Ellis is an incredibly strong option at the back of the court herself.

We saw in patches of the Team Girls Cup that the move of Ellis to goal keeper, pushes Bruce out to goal defence and Sunday Aryang to wing defence, which will shut down any attacking side.

The long arms of these three will create many deflections, opportunities for intercepts and plenty of turnover, which the Fever will look to capitalise on at the other end.

Fowler was mentioned as a big individual strength in the Fever's line-up, but could they be too reliant on the Jamaican goal shooter?

Yes, this is somewhat clutching at straws, but where else is this side's weakness?

Fowler is the four-time league MVP and dominates a goal circle, however, in the preliminary final the Fowler-focussed plans came unstuck. The holding goal shooter started to move out of the circle, which only created more mess in attack and arguably cost the Fever the game.

Alice Teague-Neeld has now played three seasons with Fowler, and Sasha Glasgow one, which means the connections between each pairing should be strong.

Fowler is clearly the dominant shooter, as you'd expect with the preferred structures of the Fever's seven, though, dishing off a few more shots to Teague-Neeld and Glasgow would create more challenge for the opposition.

It'll be interesting to see how the Fever play their goalers in 2022 and whether they've got some fresh tactics to throw at the competition.

The Fever is such an experienced line-up that we have to dip into the training partners to find a young player on the rise. Though, with Covid-19 set to impact the season alongside regular injuries, we'll become very familiar with extended squad players such as Zoe Cransberg.

A former Victorian Fury player, Cransberg is a versatile midcourter and a fierce competitor, who is driven to succeed in the Fever environment and studies at the University of Western Australia. If given the opportunity, and she almost certainly will at some point, Cransberg will be a rising star of the Fever side.

Speaking at Team Girls Cup, Ryan said Cransberg has "been brilliant" since joining the club, and she'll be one to watch in seasons to come.

"She packed up her life in 24 hours to move over to WA and obviously is studying over in Western Australia, and we got her straight into our training environment space, and she’s really up and about for this level.

"What she’s shown over the weekend is a young athlete on the rise, and she brings so much control and balance on the court, and I felt we needed that when we brought her on, and she did a great job for us."

Chelsea Pitman has signed on as a training partner at the West Coast Fever in 2022. Photo: Elly McNerney

They have been a force in the competition for the last four years and expect no different in 2022. The West Coast Fever would have its eyes on the big prize this year, and have the squad to do it.

How will things be different with Ryan at the helm? How will this side cope with the challenges that will no doubt present themselves?

There's plenty of strength in the Fever's extended squad, including the previously mentioned Zoe Cransberg, as well as experienced ex-Thunderbird and English Rose Chelsea Pitman, who is contracted for the year.

Can they have another consistent season and stay cool, calm and collected to take home the premiership? Time will tell.