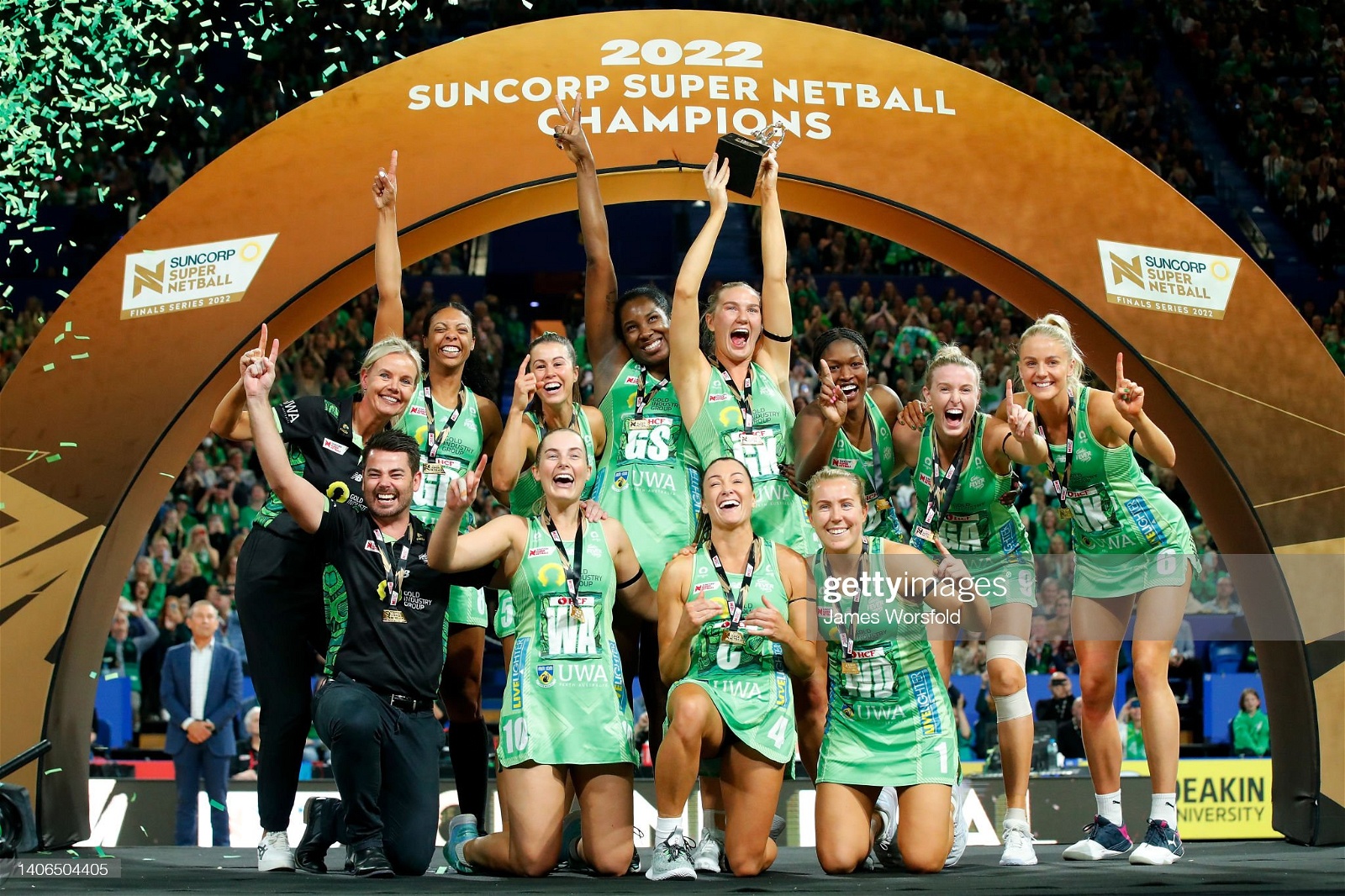 The West Coast Fever have won the 2022 Suncorp Super Netball Premiership after a win over the Melbourne Vixens (70-59). The Win marks the clubs first premiership since the club’s inception 25 years ago.

The West Coast Fever have won the 2022 Suncorp Super Netball Premiership after a win over the Melbourne Vixens (70-59). The Win marks the clubs first premiership since the club’s inception 25 years ago.

Fever were able to make the most out of the turnovers made by the Vixens with the likes of Sasha Glasgow and Jhaniele Fowler punishing the Vixens on the scoreboard.

West Coast Fever coach Dan Ryan was ecstatic post-match with the win a dream come true for his side.“This is the stuff you dream about, it really is,” Ryan said post-match.

It's the stuff you know, when you first get into the game as a young kid these are the moments that you feel like sometimes may never come but they're the things that get you out of bed every single day and for it to all come together like it did for us today on Grand Final Day.

“Unbelievable and it's going to be a moment and day that we'll never forget for the rest of our lives.”

Fever Vice-Captain Jess Anstiss had the job in shutting down one of the premier wing attacks in the competition in Liz Watson. She did a great job in forcing turnovers from errors in the Vixens midcourt.

“If you ever want to understand someone's value, you just got to look at her [Jess Anstiss] last two games and she is one of the most underrated players that play the game at the top level.

“The work she does for her teammates, the work she does for her overall team is second to none. She's a no-fuss athlete and she's just that player and person that you have the utmost faith and trust in to do her job every single week and her tasks in the last two games that were played were huge against the best wing attack in the world and she's done that having not been on for most of the season.

“So, we love Jess, she's our vice-captain for a reason and she should be so proud of what you've achieved in the last 12 months”

Sharpshooter Glasgow won the best on court after a stunning performance shooting eight goals from 13 attempts while having 26 goal assists and 28 feeds. Ryan was stoked post-match to see how far Glasgow has come since their days at the Thunderbirds.

“I was able to give Sasha her debut when she was a young kid at Adelaide. So, to see where she is now, warms my heart. I think the way that she embraced her role and her opportunities this year for the team and she's a student of the game that is so eager to learn and grow.”

For Fever Captain Courtney Bruce, to be able to bring home the championship to the West is a fairytale.

“I love this club, everyone knows that I bleed Green and I'm just so proud of Dan and the girls and just to do Netball in the West proud.

"They've supported us with so long the history of the Orioles to where we are now. it's not about it's about us right now but it's about the greater netball community and selling out that arena, 13,908 I heard like that is just phenomenal."

“I think you know they say life is not meant to be linear It's meant to have its ups and downs and personally this year has challenged me, Dan has been a great support and I would go through everything again to make sure that we were standing here with a premiership and this medal around my neck.

“Like I said this club means everything to me and from yeah, a very young captain to where I am now there’s still a lot of growth but I'm still on a journey and yeah, really proud to have led the club to its first premiership something that will stay with me forever.