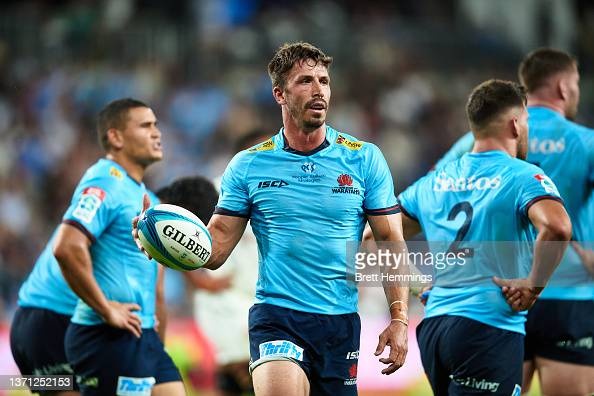 Super Rugby Pacific: Waratahs and Drua have plenty to prove

After a disappointing 2021 season, the Waratahs have started the 2022 season off strong against the Drua. Both captains scored in the historical Super Rugby Pacific opener.

Super Rugby Pacific: Waratahs and Drua have plenty to prove

After a disappointing 2021 season, the Waratahs have started the 2022 season off strong against the Drua. Both captains scored in the historical Super Rugby Pacific opener.

The New South Wales Waratahs and Fijian Drua got all the glory on February 18, after COVID-19 led to the postponement of the Blues and Moana Pasifika’s game. Now serving as the opening match of the new Super Rugby Pacific tournament, all eyes were on the two teams.

Despite being a Fijian team, the Drua is not technically a national team – meaning a traditional war cry was not expected to be a regular game opener. However, the team received permission from Rugby Australia and New Zealand Rugby to perform their newly created bole. Na bole (the challenge) will be performed at all Drua home matches during the Super Rugby Pacific competition.

The Waratahs were the favourite to win, with team and individual experience galore. In the Drua’s starting 15, only one player had previously played in the Super Rugby competition - New Zealand’s Baden Kerr. They did have one up on the Tahs, with gold medalist Meli Derenalagi who competed in the Sevens at the Tokyo Olympics.

During the pre-match interview, ​​Nemani Nadolo (28 international caps for Fiji) noted that 90 per cent of Fiji’s national squad play in Europe. Nadolo was actually invited to join the Drua but thought he was too old, quoted as saying “that’s not my time or place.” Building up the youth within the country will only help the national team grow, just another reason why the Fijian Drua team is so important to the nation.

Although the stadium wasn’t full, the crowd was getting behind both teams, cheering them on as they fought for precious metres. With the Fijian Drua’s defence holding it's opponents back, the Waratahs went for a penalty goal to get points on the board in the opening ten minutes.

The first try of the match also went to the Waratahs, successfully converted by Jake Donaldson. 39 metres out, Baden Kerr had his chance to score the team’s first points. With the score now 10-3, both teams were gaining some momentum.

Unfortunately, errors allowed New South Wales to make two more successful goals, bringing the score to 16-3. Whilst the Drua were doing well defensively, any gains were quickly turned over.

A chance came 25 minutes in, after Drua’s pressure led to a penalty advantage. This time, they tried their hand at going for a try, but another fumble pulled the points from reach.

In the following minutes, this would become a trend for the Drua. Even with the group willing them on, turnovers were happening frequently in the final metres of their run. If they could hold onto the ball just a bit longer, scoring was almost guaranteed.

At halftime, the score was 19-7, with Donaldson only missing one conversion. If the Tahs could continue their hot streak, the win was in their sights. It was a great start for the Waratahs, asserting their dominance with continuous possession.

The second half didn't have a good start for the Drua, with an unsuccessful try and yellow card within five minutes. Their defence would be crucial in the following ten minutes – if they could hold the Tahs off, there was still hope. With three minutes left, the Tahs made their move, increasing their lead to 30 points.

Although a win seemed off the cards, the Drua were still searching for points. It’s clear the new team have heart, their desire to succeed is so strong. With more experience, they have the potential to be a dangerous opponent.

Waratah’s skipper Jake Gordon got a standout try, sprinting 60 metres to get his first try of the season. Now 40-3, the Drua finally had scored after several turnovers. Fittingly, captain Nemani Nagusa scored the team’s first try, with the conversion bringing the gap back to 30 points.

The try appeared to fuel the Drua’s fire, making a late push to score. New South Wales stayed with them, still giving their all. After the buzzer, the Waratahs were a man down in overtime. The game ended as the rain began, with the Drua denied their second try.

The Waratahs had something to prove in tonight’s game, after losing all thirteen games in the 2021 Super Rugby season. As the weakest team in Australia and in the Trans-Tasman series, pride was on the line. It had been 448 days since their last win, a big confidence booster for the team.

2022 will see the return of Michael Hooper, Ned Hanigan and Jed Holloway after playing in Japan. A large group of 2021 development squad members have been elevated to core players, along with new recruits Rua Smith and Tevita Funa.

Under new coach Darren Coleman, the Tahs have started off well, defeating the Brumbies 24-14 in a pre-season match this January. The Brumbies were one of Australia’s stronger teams in the 2021 season, suggesting that the Waratahs have come a long way since last season.

Whilst 2022 may not be either team’s year, their growth will only propel them further to victory. Keep an eye on them, they’re going places.

The round continues today and will see the Chiefs take on the Highlanders, followed by the Crusaders and Hurricanes, and finally, the Reds and Rebels.