Dylan Minnette, Braeden Lemasters and Cole Preston, aka Wallows, will tour down under this November for three Australian shows with Hatchie. 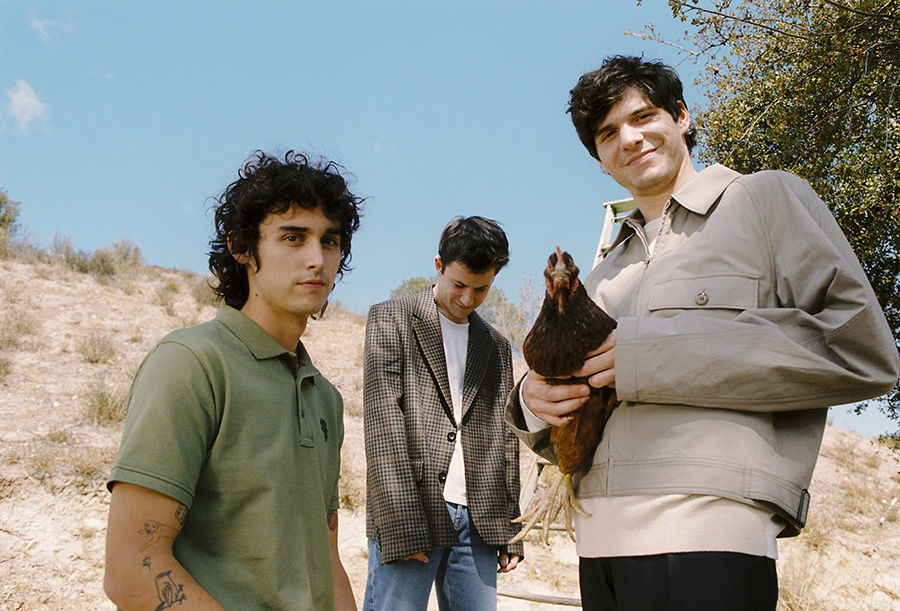 Alongside the drop of their singleEspecially Youthis morning, Wallows announced their first-ever Australian tour dates. Melbourne, Sydney and Brisbane will host the band this November.

Wallows are a three-piece band that released their debut LPNothing Happensin 2019. The album includes double-platinum singleAre You Bored Yet?that thrust Wallows and feature artist Clairo into the limelight.

Comprised of Dylan Minnette, Braeden Lemasters and Cole Preston, the young three-piece have been around the block. In their early years, they performed at the 2011 Vans Warped Tour, releasing an EP in 2014 under the name The Narwhals. It wasn't until 2017 that Wallows released their debut single under the new moniker.

Since then, Wallows have gone on to sell-out shows across North America and Europe. In September 2021, they were named the MTV PUSH Artist of the month following the release of EPRemote.

Tell Me That It’s Overwill have something for everyone - indie-folk, '90s dance-pop and lo-fi post-punk. Eager fans have already heard snippets of unreleased tracks in thealbum trailerand accompanying promotional website (that now redirects).

Ahead of the album’s second single,Especially Youco-frontman Dylan Minnette (13 Reasons Why, Scream) spoke about the song's meaning.

“It’s about when you’re in the early stages of a relationship and you get so worried that the other person’s mind will change at the flip of a switch," he said.

"It’s about stressing over the smallest things for no reason, but it’s definitely self-aware about the fact that I’m doing this all to myself.”

Dylan, Braeden and Cole will head to Australia in November, following their November 5 show in Auckland. Australian artist Hatchie will join the band on their three-show leg, following the release of her own album in April.

SPOTIFY BOYCOTT BY NEIL YOUNG, JONI MITCHELL AND OTHERS OVER COVID MISINFORMATION

Fans who pre-orderTell Me That It’s Overwill have presale access to tickets on February 7 at 12pm local time. General sale will be available from Friday, February 11 at 10am local.