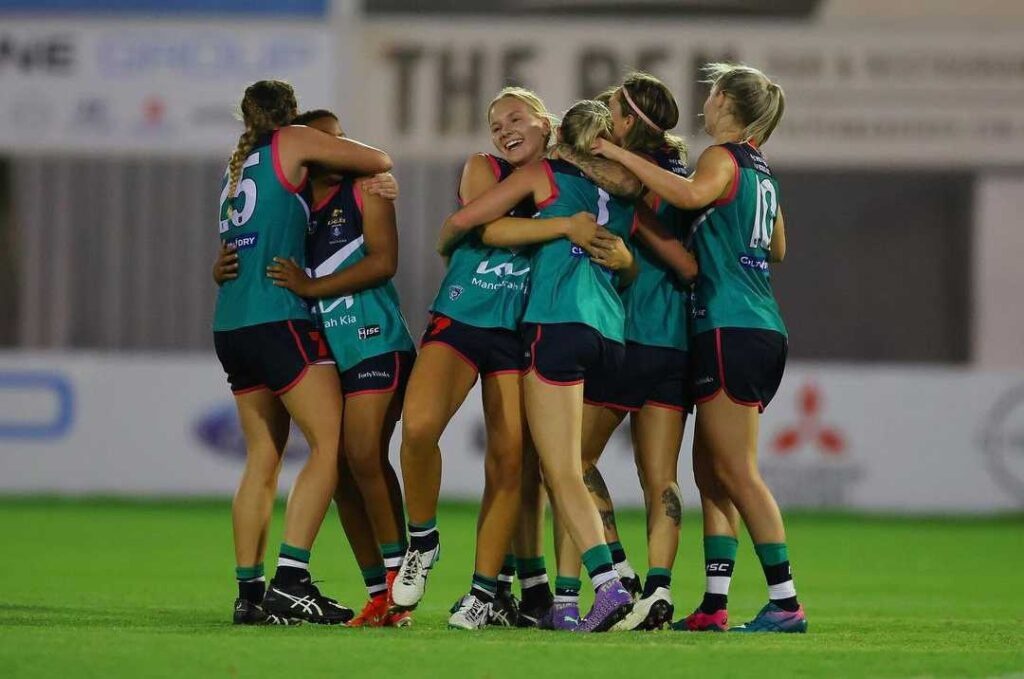 The WAFLW Waffle: Round 1 - A round of firsts and early scares

The WAFLW kicked off on Saturday, with early scares, a game of firsts and emerging contenders. Here's all the action from Round 1.

The WAFLW Waffle: Round 1 - A round of firsts and early scares

The WAFLW kicked off on Saturday, with early scares, a game of firsts and emerging contenders. Here's all the action from Round 1.

There was plenty of action in the opening round of the WAFLW, as six of the seven sides went head-to-head in Round 1.

Here's a recap in case you missed all the WAFLW action in Round 1.

Peel Thunder's premiership defence got off to a thrilling start on Saturday, overcoming a raring Subiaco side by one point.

Pre-game, last year's flag was unveiled to the home crowd at Lane Group Stadium. This year, Peel will search for a three-peat, but not without a challenge from other hungry sides.

Subiaco enjoyed a 4-point lead into the main break, which extended to 13 points by three-quarter time. However, Kira Phillips and Ebonee Hardie kicked a goal each taking Peel to a 4.8 (32) to 5.1 (31) win.

Ebony Dawson was noteworthy in defence, collecting 19 touches and a game-high eight marks.

Sunday's match at Fremantle Community Bank Oval was a game of firsts for South Fremantle and West Perth.

It was a disappointing day for West Perth, but there were numerous performances to be pleased with.

It might be round one, but Claremont established itself as contenders in 2022 after a dominant display against Swan Districts at Revo Fitness Stadium.

Last year's grand finalists were held scoreless for the first half until Fremantle's Bianca Webb broke through for the only goal. But the momentum stayed with Claremont to secure the Dhara Kerr cup 8.12 (60) to 1.2 (8).

East Fremantle - who had a Round 1 bye, will host Swan Districts at New Choice Homes Park on Saturday for its first WAFLW game of the season. Later that day, Peel takes on South Fremantle under the lights at Lane Group Stadium.

On Sunday afternoon, Subiaco goes head to head against Claremont at its home of Leederville Oval.

West Perth has a bye.