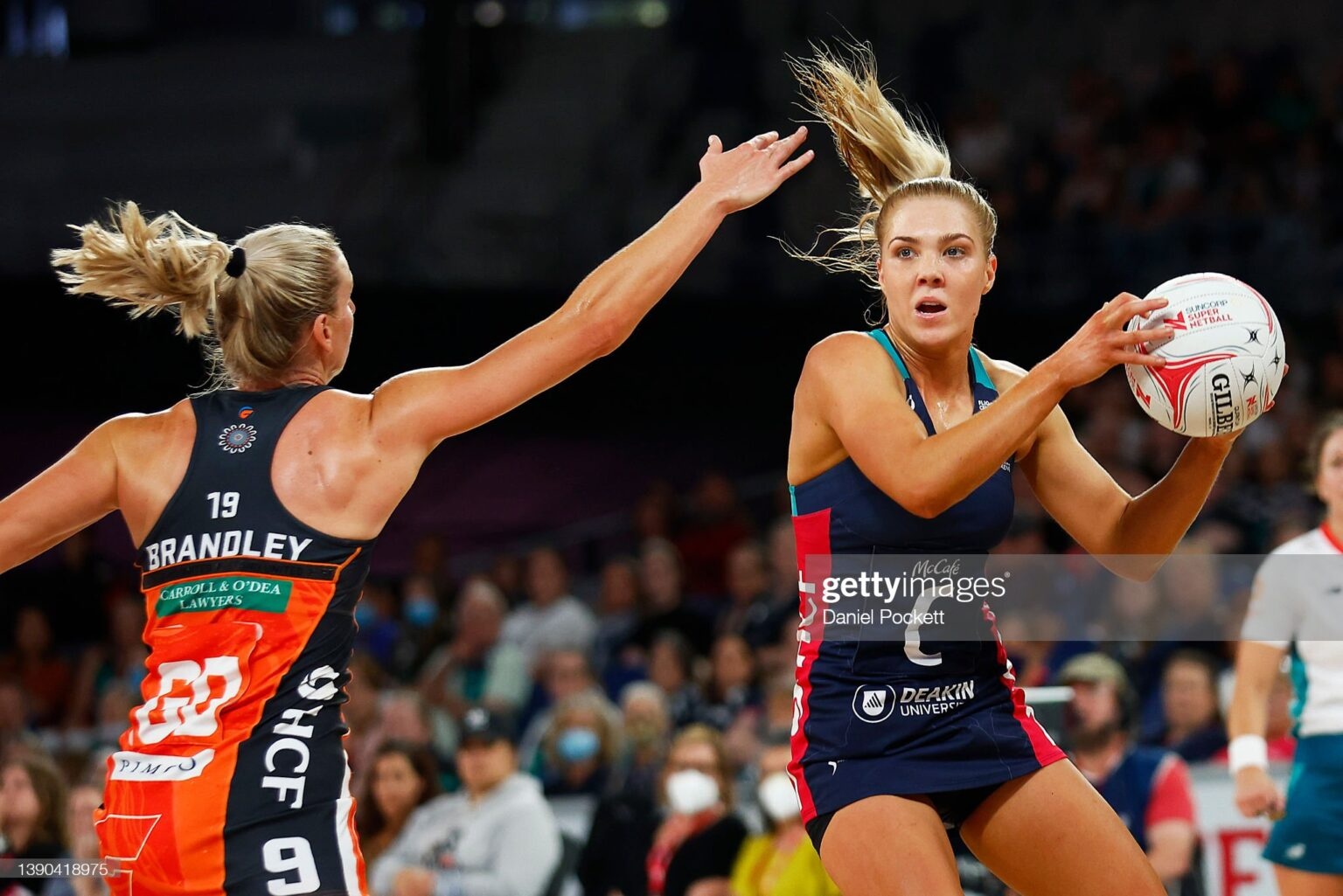 Vixens run away from hard-running Giants for third win

The Melbourne Vixens outplayed the Giants in the last quarter of their match to take their third win of the season, over the fatigued Giants.

Vixens run away from hard-running Giants for third win

The Melbourne Vixens outplayed the Giants in the last quarter of their match to take their third win of the season, over the fatigued Giants.

In a hard-fought matchup between the Vixens and the Giants, last year's wooden spoon winner showed the class and endurance necessary to hold off the hard-working grand finalists, with a 64-52 win.

The Giants had three players returning from missing last week with the Health & Safety Protocols, and two who were rushed back last week, emerging from the Protocols in the day before the match.

Amy Sligar and Lauren Moore, both an extra game back on their teammates were relegated to the bench for much of the match, with Moore switching on early in the fourth quarter, and Sligar entering moments later.

Amy Parmenter, Jamie-Lee Price and Sophie Dwyer were all returning from COVID-19, and Parmenter in particular struggled.

Parmenter's struggle was exacerbated by Liz Watson returning to her very best, with 25 centre pass receptions, and 25 goal assists, fuelling the Vixens scoring. Parmenter, who is one of the best wing defence players in the league was unable to reduce Watson's influence on the match.

*The above image is Liz Watson and Amy Parmenter jostling for a ball, courtesy of Getty Images.

One of the storylines ahead of the game was Kiera Austin's first matchup against her old side, after spending the first part of her career with the Giants. Austin, who departed at the end of the 2021 season, had been slow to bring her best form in her return to play after an ACL injury kept her out of last season.

Austin, however, had a key influence on the game, as the missing piece to the Vixens attack throughout the game. Austin tallied 24 goals at 89 per cent accuracy, and also chipped in 13 assists, two gains, and 10centre pass receptions of her own.

It was a huge point of difference, as Sophie Dwyer, her counterpart, had a lesser influence on the game in her return from COVID-19.

Giants coach Julie Fitzgerald spoke after the game about how much the outbreak had affected her team.

"They didn’t really have any preparation, we didn’t see Amy until we got on the plane. they held up pretty well but I think saw them tire towards the end," Fitzgerald said.

Fitzgerald was confident that with some recovery time before the Giants play on Tuesday night, the Giants would be in an improved position.

As for the Giants' opponents on Saturday, Fitzgerald conceded that the Vixens had put together a strong performance and outplayed her charges.

"I thought Vixens played beautifully tonight, They were faultless in so much that they did, and that’s a big ask. If you start making mistakes like we did, they capitalise on that so quickly your score can blow out.

DECIMATED GIANTS LOSE OUT AGAINST THUNDERBIRDS

Vixens coach Simone McKinnis was similarly impressed with her team after the game.

"It was a commitment during the week to recognise that we stray from what we do well," McKinnis said.

"That we’ve not stuck to what we do well, and our strengths, particularly when challenged. So, it was recognising that today, no matter what the challenge or the situation, we play our game and we’ll play it at full throttle without fear.

McKinnis also recognised the challenge posed by the Giants, despite the effects of the COVID-19 outbreak.

"When you’re playing the Giants, you know that they’re a good hard team, and it doesn’t matter what disadvantage they may have, or what margin they might have, they’re gonna fight you every step of the way. And they did that today."

Kiera Austin was one of the stars for the Vixens today, and her coach was quick to recognise the week on week improvement.

The Vixens will now turn their attention to the West Coast Fever, while the Giants will look forward to hosting the Queensland Firebirds, both on Tuesday.