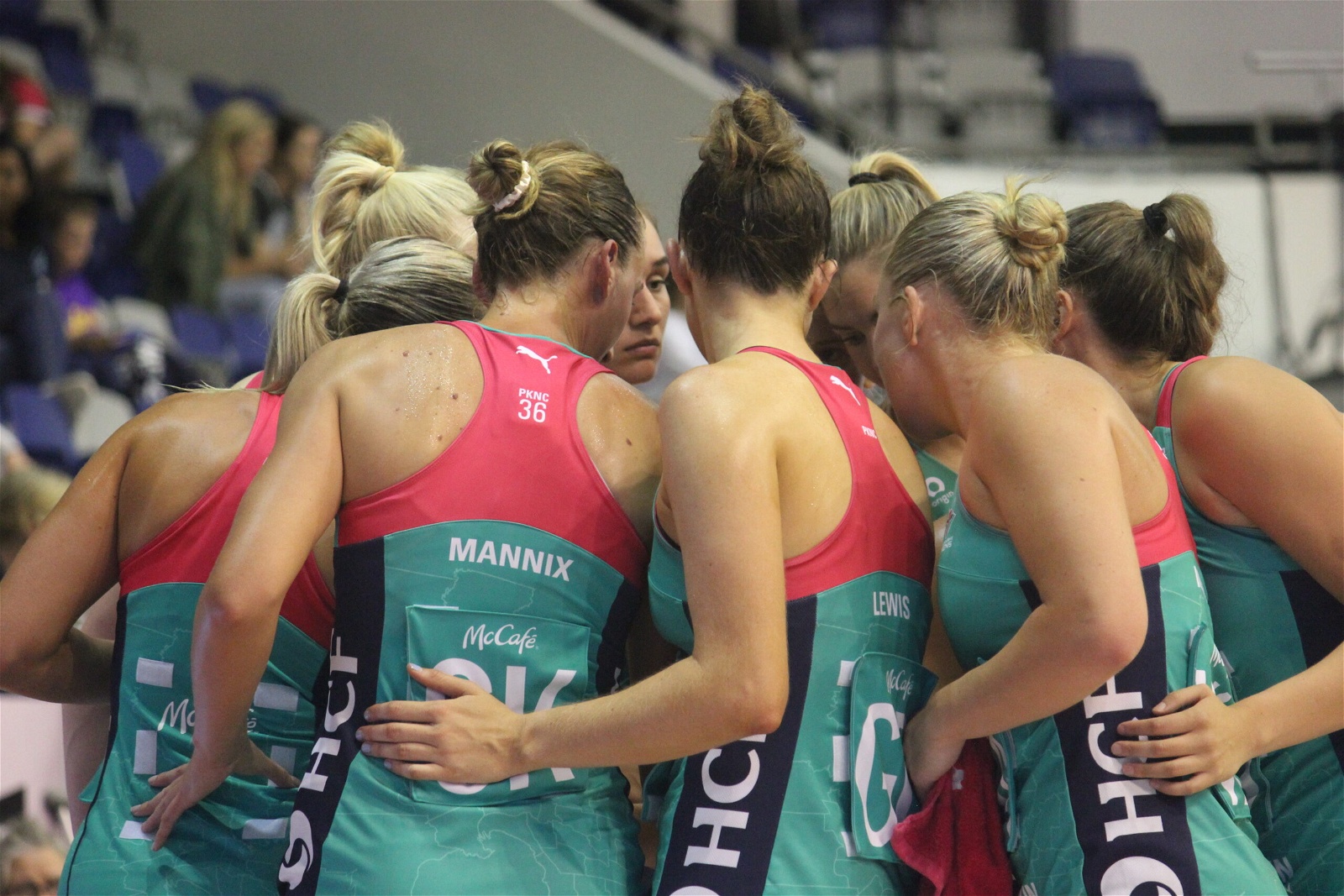 Vixens are back with a bang taking out Team Girls Cup

Vixens are back with a bang taking out Team Girls Cup

Netball returned to the State Netball and Hockey Centre for three big days of preseason action, exciting fans who were live at the court, as well as those watching the coverage on its new home on Foxtel and Kayo Sports.

There were some key outs from each team ahead of the weekend, and plenty of new faces to familiarise ourselves with, but the contest was just as fierce as we know the Super Netball to be.

In the end, it was the Melbourne Vixens who ruled the carnival, taking out the Cup with a two goal win over the West Coast Fever, 45-43.

All across the court the Melbourne Vixens impressed in its four wins this weekend, the club's premiership players returning to their 2020 form and the newbies showing just what they are capable of.

Their weekend started with an eight goal win over the Queensland Firebirds, and continued on Saturday with two solid wins over the NSW Swifts (32-26) and Sunshine Coast Lightning (44-38).

In the final against the Fever, the Vixens started strong, putting the girls in green on the back foot. They made a comeback, but the home team stood tall to finish two goals ahead at the final whistle.

It was pretty clear this weekend that even if Kiera Austin isn't available for the first half of the season, the combination of Rahni Samason and Ruby Barkmeyer is going to be just fine and will only be bolstered by the addition of Mwai Kumwenda when she is out of COVID protocols.

Samason shot at 92 per cent through the pool games, dominating games and nailed 14 Super Shots as well. Her contract was one of the most exciting signings of the offseason for the Vixens and she's already a fan favourite with the home crowd.

Rahni Samason dominated in the goal circle for the Melbourne Vixens this weekend. Photo: Elly McNerney

Jo Weston and Emily Mannix appeared to be back to their usual defensive dominance after a quieter 2021 season that saw them rotate with Kadie-Ann Dehaney, who has now moved to the Lightning.

It was a strong weekend for the Melbourne Vixens who reminded the competition that its 2021 wooden spoon finish was just an off year, and the team will be back to their winning ways this season.

It was just two weeks ago that the West Coast Fever were all back together, and there were some indications throughout the weekend that the players just haven't had the time to form or find existing connections just yet.

However, despite these challenges the Fever started with a bang and kept on rolling, dropping only their final game to the Vixens, by two goals.

With a full-strength line-up over in Melbourne this weekend, Dan Ryan's first preseason games as coach of the Fever went about as well as he could have hoped.

In the final, we saw Sasha Glasgow start in the seven, after she had shared the goal attack duties with Alice Teague-Neeld over the weekend. Both had their moments across all games and we can expect Ryan to use the rolling substitutions to rotate the pair often.

Jhaniele Fowler dominated as she always does, and we saw a lot of rotation through the defensive end with Courtney Bruce, Sunday Aryang, Stacey Francis-Bayman and Rudi Ellis all getting a crack in the circle.

While she only signed as a training partner a week ago, if Chelsea Pitman gets time on court in 2022, we're set to see her thrive.

She still has everything a Super Netball wing attack needs, fast footwork, strong leading, court awareness and, of course, skills with a mop after taking a tumble.

CONSISTENCY IS THE KEY FOR THE GIANTS

Thunderbirds to threaten in 2022

After a few tough seasons in the Super Netball, everything the Thunderbirds are putting up in their preseason contests suggest we should see big improvements from this side in 2022.

They really put their foot down in the final game on Sunday, with a 21 goal win over the Lightning to take third spot.

It's been a while since this team has had this many threatening options in their forward half of the court. However, the shooting trio of Lenize Potgieter, Tippah Dwan and Georgie Horjus is looking dangerous in all its combinations, and the midcourt looks every bit like it will compete hard.

Tania Obst was known for throwing the magnets around and making the most of the rolling substitute rule last season, but she'll be much more confident doing it this year. The on-court improvements of Elle McDonald, Maisie Nankivell, Hannah Petty and Tayla Williams have been noticeable in the preseason and will only continue to get better as the season goes on.

Adelaide's defensive end has been solid for a few seasons, even with changes around Shamera Sterling her dominance at the end of the court has often not been rewarded. That should all change this year.

Fast and accurate ball movement troubled every defensive end, except the West Coast Fever's. The switches, the awareness and the improved conversion rate from turnovers had every Thunderbirds fan smiling.

The Thunderbirds will certainly be threatening the best teams in 2022.

Reilley Batcheldor is going to be a player we are talking about all season as she rises up for theSunshine Coast Lightning. The shooting sensation did not look out of place at all in the Lightning line-up, even calming things down when the Cara Koenen-Steph Wood combination was not quite hitting its straps. There's work to do for the Lightning after some disappointing starts this weekend, but if there's one thing we already know: Batcheldor will make a name for herself in 2022.

We learned late last week that theQueensland Firebirds'recruitment of Donnell Wallam may be for a full-time contract, as Romelda George announced she is pregnant and will miss the season on maternity leave. From the bits we saw of the Wallam and Gretel Bueta combination there is plenty of room for growth this season. After just minutes out on court together on Saturday, Wallam and Bueta managed to pull the Firebirds back into their contests with the Lightning and Swifts.

TheCollingwoodMagpiesstarted out the weekend a little lost, but the side definitely improved across the weekend. Some questions still remain about how they will use their star recruit Sophie Garbin - she looked strong at goal attack, but where does that leave Gabby Sinclair?

There's more options in theGiants Netballmidcourt this season and Julie Fitzgerald might even be able to turn Amy Sligar into a wing attack. The young gun with her first Super Netball contract in 2022 looks a strong option at both wing positions and, in the absence of Maddie Hay, Sligar made the most of her time on court.

TheNSW Swiftsmight have been undermanned at the Team Girls Cup this weekend, even coached by its two star international shooters Helen Housby and Sam Wallace on Sunday, but the club has got the depth to continue to cover any issues it might face going back-to-back this season. With COVID-19 sure to be a factor, bench players and training partners will certainly be called into the action and these girls showed just how good they will be.